THE STORY BEHIND THE SUDS

When we founded Fulton in 2009, we were homebrewing out of a South Minneapolis garage and contract brewing at a small Wisconsin brewery. Our dream was to build a real Minneapolis brewery of our own in the next 5-10 years, and quit our day jobs along the way. We never guessed we’d build two Minneapolis breweries in three years. Looks like being wrong can sometimes be awesome. 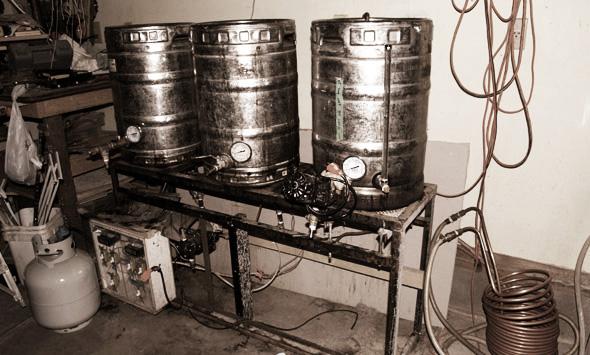 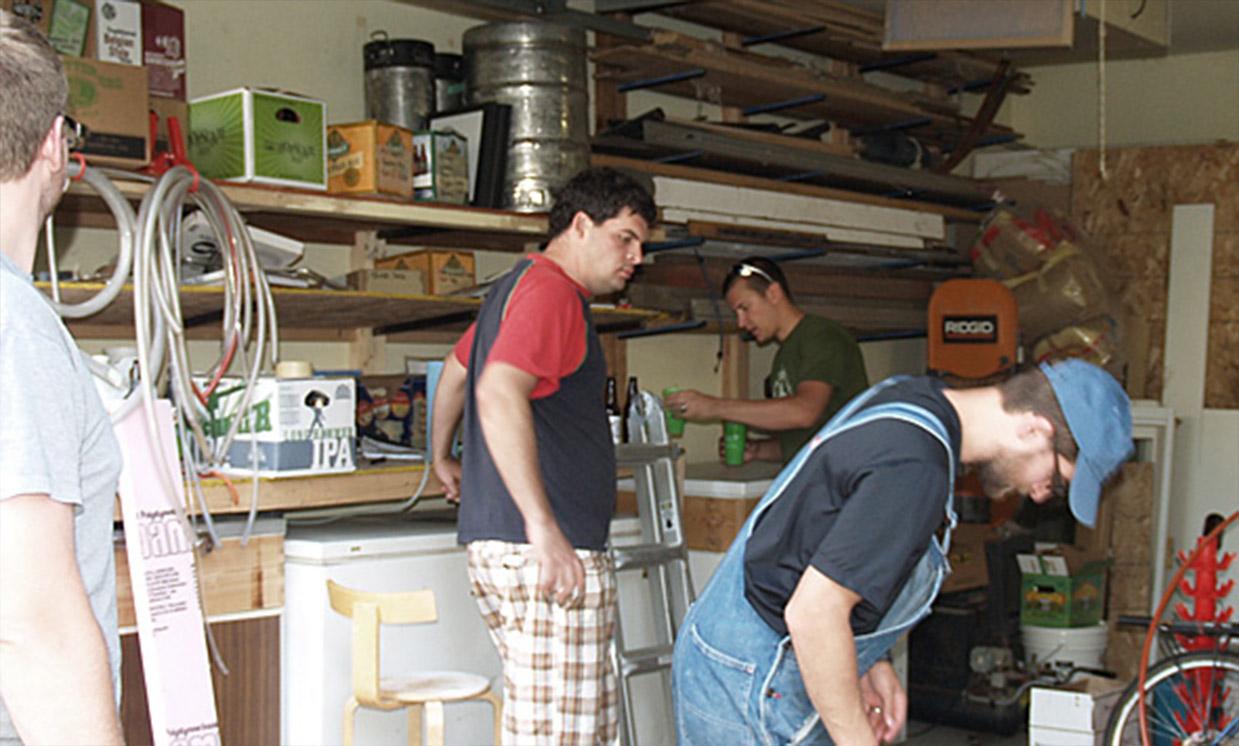 Like Most Great Things, It Started in a garage

We started homebrewing 10 gallons at time in a one car garage in South Minneapolis in 2006. We had no intentions of starting a business at that time, but later found out we had accidentally put together a team that might be capable of managing a startup. Jim had the big ideas, Peter built the equipment, Ryan dreamed up recipes and Brian drank the beer. Before long we had to move from Jim’s one car garage to Peter’s two car garage in the Fulton neighborhood. Little did we know, this wouldn’t be our last expansion.

By 2009, we were getting pretty good at homebrewing, and our family & friends seemed to love our beer (we were giving them free beer, so maybe they weren’t the most unbiased focus group.) We had a few recipes that we all loved. One was an IPA we called Sweet Child of Vine. Another was a subtle but complex blonde ale called The Lonely Blonde. And everybody seemed to love the two imperials we were working on: an imperial red ale called The Libertine and a big stout called Worthy Adversary.

We had the beers, but we were in far from the ideal position to start a company. Ryan was in the middle of graduate school, Brian was getting ready to get married, Jim was studying for the bar exam, and Peter was expecting his first child. None of us had any money to put towards a brewery, nor had any of us run a business before. We had no industry ties or experience. But we did have passion, so we decided to forge ahead anyway.

We couldn’t afford to build our own brewery, so we started calling other local breweries to see if they could spare any brewing capacity. There weren’t very many Minnesota breweries at the time, and none of them had excess capacity, but then we came across Sand Creek Brewing Co. A couple hours east into Wisconsin on I-94, Sand Creek had capacity for contracting and—crucially—allowed us to do the brewing. We were able to apprentice with an experienced brewmaster, learn the basics of operating a production plant, build distribution, and generate some revenue. We sold our first pint of Sweet Child of Vine on October 28, 2009. 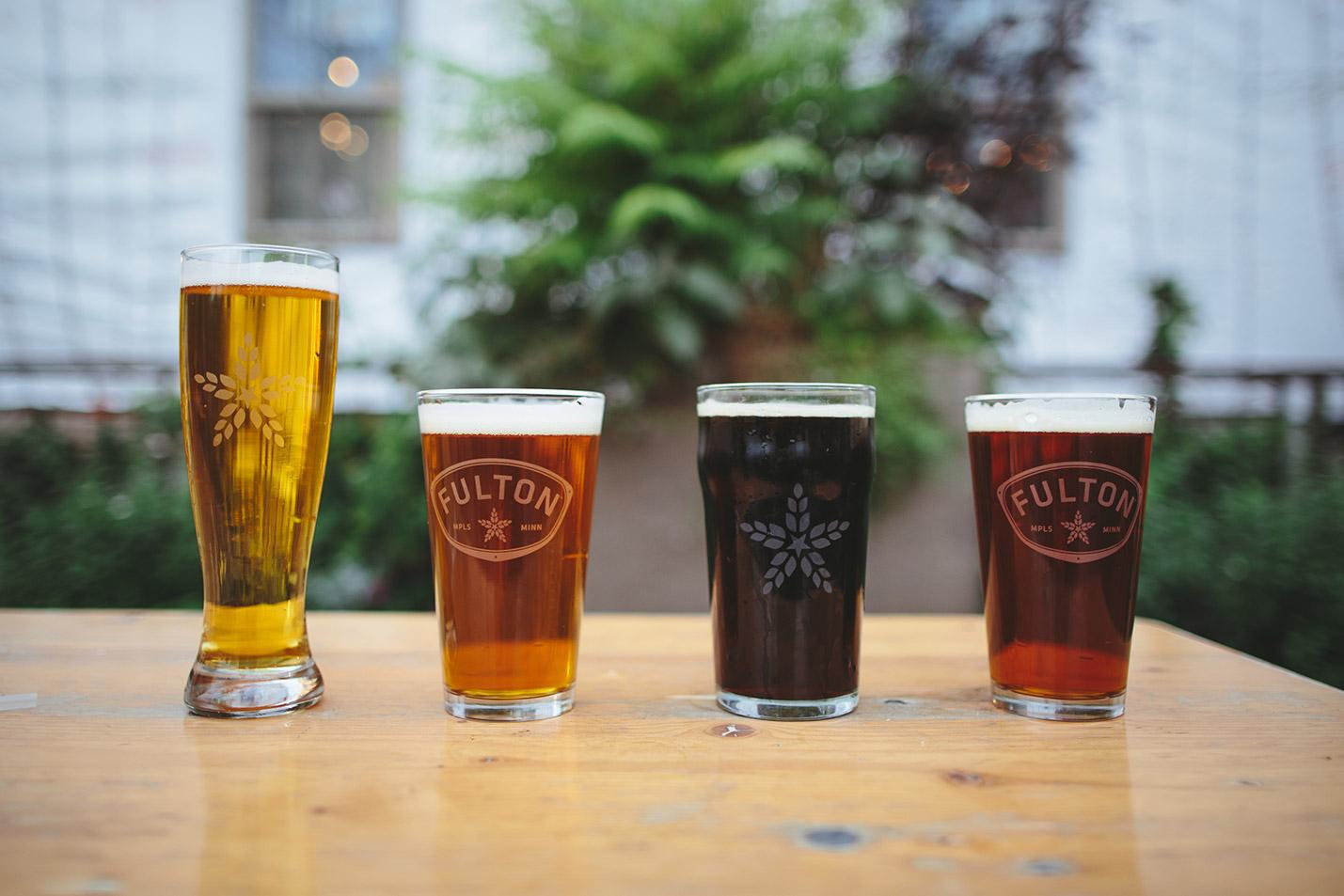 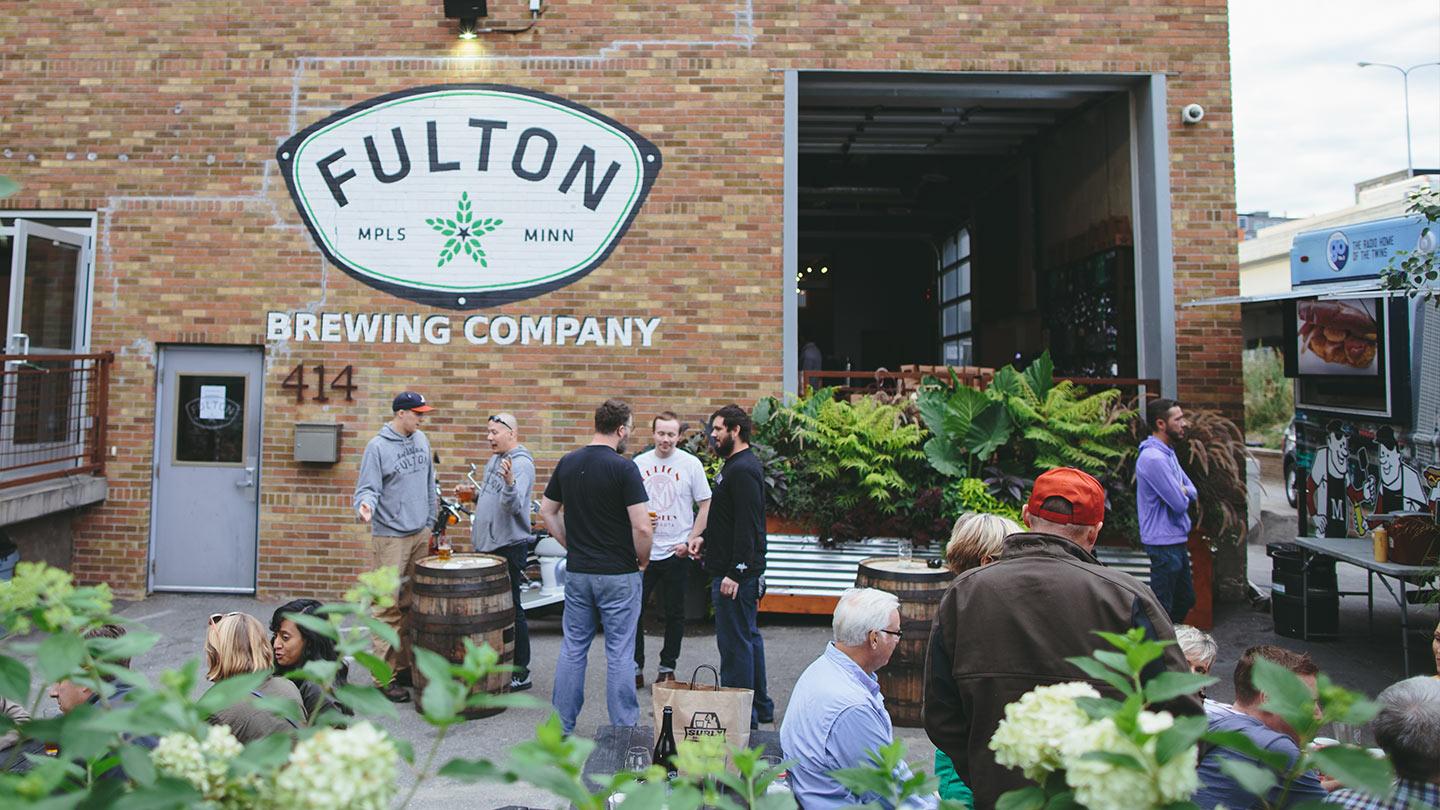 The House That Beer Built

Things happened fast. Less than a year later, we were in over 100 bars in the Twin Cities, and we had signed a lease for a brewery of our own in downtown Minneapolis. As we were drawing our layout and waiting for equipment to arrive, Minnesota passed a key piece of legislation enabling packaging breweries to operate taprooms. We quickly redrew our plans and ordered bar equipment. We started brewing and selling growlers in the fall of 2011, and by the following March, we opened Minneapolis’ first taproom.

Before we knew it, we were three years in. We were having a blast, growing like crazy, and…still waiting for our first paychecks. It was starting to feel like a very expensive and time-consuming hobby. But the opening of the taproom helped us grow to the point where we could quit our day jobs. At about the same time, we hired our first employee, Mike Salo, who became our head brewer, and eventually, a part-owner.

The downtown brewery was full before we knew it. The taproom took up half the building, we were brewing around the clock on our 20 barrel brewhouse, and we were adding tank after tank to keep enough beer flowing just to satisfy the Twin Cities market. Meanwhile, since the taproom took up so much space, we didn’t have room for a packaging line, so we were still contract brewing in Wisconsin for our bottled beer. By January of 2013, the four of us had decided we needed to build another brewery.

The beginning of something bigger

On September 1st, 2013 – three years to the day after we entered our first lease for the downtown brewery—we got the keys to a 51,000 square foot building in NE Minneapolis. It was kind of like the brewery version of a “forever house” – the place we were going to move into for good. The NE brewery has 8 times the square footage of our downtown location, and we get to brew on an 80 barrel brewhouse. The NE brewery does not have a taproom, but our offices, warehousing, and QC/QA laboratory are all located here. Today, the vast majority of Fulton beer – in kegs, bottles, and cans – comes from the NE brewery. In addition to housing the taproom, the downtown brewery has evolved into our laboratory for smaller batch and experimental brewing, including collaborations, taproom exclusives, and barrel aging.

Ryan earned the title of CEO thanks to his gift for taking credit for things that go right and knowing who to blame when they don’t. This is what they teach future MBAs on the first day of business school; luckily, Ryan hung around for the rest and some of it stuck. When not working on finance, marketing, or the occasional production shift, Ryan is probably drinking beer with Brian somewhere.

Jim’s ability to work tirelessly while genuinely enjoying himself has been compared to a Labrador playing fetch. This persistence, combined with his rare ability to think big without losing attention to detail, makes Jim the perfect fit to be Fulton’s COO. Jim’s responsibilities range from HR, to overseeing Fulton’s taproom, to pretty much anything else he can get involved in. Also, he is an attorney by trade, though his partners are actively working to get him disbarred.

Brian’s passion for beer is nearly matched by his knowledge of it, making him a natural choice to lead our sales efforts. In a field of charismatic and fun people, Brian has more of both than almost anyone. Brian stands out for his sense of humor, and will defend what he believes and those he cares about with a stubborn resolve that only those with Polish family will truly understand.

Many beer enthusiasts dream of being a brewmaster. Peter is living that dream. That is, if the dream consists of getting to work at four in the morning, cleaning, sanitizing, fixing everything the rest of us breaks, cleaning some more, wondering who keeps moving all of your tools, and working with your father-in-law…then yes, Peter is living the dream.

Mikey became Fulton’s first employee in 2011, and his dedication to creativity, precision, and efficiency in the brewing process quickly lead to the role of Head Brewer. Mikey’s job is kind of like conducting an orchestra, except half the musicians don’t have instruments and the concert hall is on fire. If he didn’t work for Fulton, Mikey would likely be in the Finnish Secret Service.