INTRODUCING "THE EXPAT" RYE SAISON - OUR ALL NEW SPRING SEASONAL!
Posted Thursday April 4, 2013
The Expat will be available starting Friday, April 5th at the taproom and Monday the 8th at draft location around the Twin Cities. 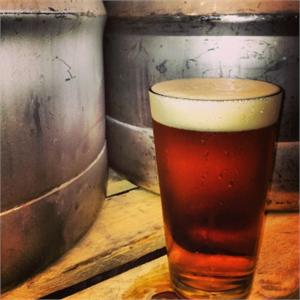 Though the chilly weather may have you wondering, spring is officially here. We're glad it is, because we refuse to wait any longer to unveil The Expat. The word "expatriate" is defined as someone residing outside their country or culture of origin--and thus is a word befitting Fulton's first release to utilize a yeast variety other than our house American Ale strain. Moreover, our saison yeast is of French origin, so the name is also an homage to one of Minnesota's most notable sons, F. Scott Fitzgerald, whose fame flourished as an expatriate in France during the 1920's. At 6.3% ABV, about 30 IBU, and on the higher end of the carbonation spectrum, The Expat is in line with classic definitions of the style--by the numbers, anyway. Unlike most saisons, however, The Expat is brewed with a substantial percentage of rye in the mash and is filtered prior to packaging. The result is a crisp, effervescent saison that is true in spirit to the style's heritage of fusing refreshment with a bold, spicy farmhouse character. It's a great beer to enjoy on its own in the late afternoon, but may even be better when paired with a meal. As Garret Oliver writes in The Brewmaster's Table, "With food, the best saisons are beyond versatile--they are virtually invincible." To get your first taste, join us tomorrow, April 5th, in the taproom, or just down the street at Smack Shack on Monday the 8th. It will be available for the next two months on draft throughout the Twin Cities, as well as at our taproom on draft and in growlers. Sorry, we weren't able to brew enough to bottle this year.

YOU DON'T WANT A BEER? WEIRD. WELL, GOOD NEWS: WE MADE SODAS 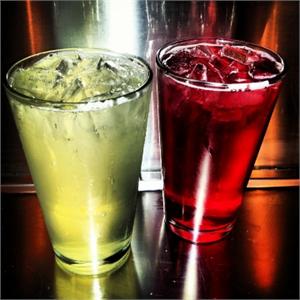 It's true: as much as we love beer, we'll admit it doesn't fit every occasion in life--most, but not every. And while a glass of water is usually an adequate thirst quencher, you have to admit water is a pretty boring beverage choice. Since we don't want your friends to think you're boring, we thought we'd give you a more interesting (and delicious) option: craft soda, straight from the brewery. Mikey, our head brewer and Chief #Metal Officer, knows his way around soda and has come up with two refreshing varieties to get things started: Citrus Ginger Ale and Blueberry Juniper. Like all forthcoming Fulton sodas, they're made with all-natural ingredients and cane sugar -- no high fructose corn syrup or weird, hard-to-pronounce additives that require a chemistry PhD to identify. For now, the sodas are exclusively available on draft at the taproom, at a very cool price of just $2 a glass, tax included. Be sure to check for new options when you come by, as we'll be rotating in new selections from time to time.

DIG THIS! FARM FRESH CSA SHARES FROM TANGLETOWN GARDEN, RIGHT AT THE BREWERY 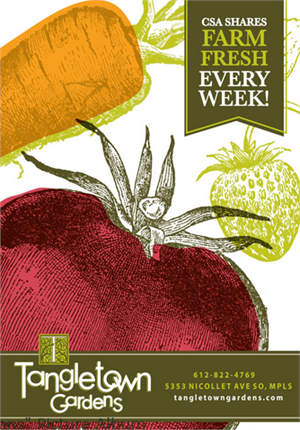 If you're a fan of sustainable agriculture and fresh food, it's tough to "beet" (sorry...we have a mandate to make one veggie joke per day around here...) a CSA from Tangletown Gardens. The folks at Tangletown work a 100 acre farm and greenhouse just an hour west of here, and are gracious enough to share the fruits of their labor with the rest of us. We've partnered with them for the 2nd year in a row to offer a CSA pickup at the brewery. Just like last year, the pickup time will be 4-6 every Tuesday. (Tangletown also offers Wednesday & Thursday pickups at their store on 54th & Nicollet, as well as a Friday pickup at Solo Vino). We've found that fresh produce pairs very well with fresh beer, so if you sign up for Tuesday pickups at the brewery, you can pick up a growler as well. One more veggie joke: Why did the tomato blush? Because he saw the salad dressing.

OTHER THINGS TO DO WHILE DRINKING A BEER THIS MONTH

-- Despite the frigid temperatures, our neighbors at Target Field started playing outdoor baseball this week. The Twins have a lot of fresh young faces, so there should be some exciting ballgames this year.

-- The 4onthefloor is releasing a new album this week. Gabe & the guys believe in rock & roll, and furthermore believe in local beer, so be sure to hit one of their live shows this weekend.

-- Some of the last chances to get some of our limited beers from this winter are coming up. On Wednesday, 4/10, Stout's Pub will be tapping one of the final kegs of our Great Lakes/Fulton Collaboration Baltic Porter.  Then, on Thursday, 4/18, Stanley's Northeast Barroom will be pouring 2 Gingers Barrel-Aged Libertine.