Want to race in the dark?

If you find that question even mildly relevant to you, then we think you might want to read ahead. This weekend we're headed to Crystal and taking over the park at Lions Valley Place Park. Meet us for day and night racing, hijinx and a free Saturday night beer garden. Yeah. We typed that right. (21+, bring your ID) 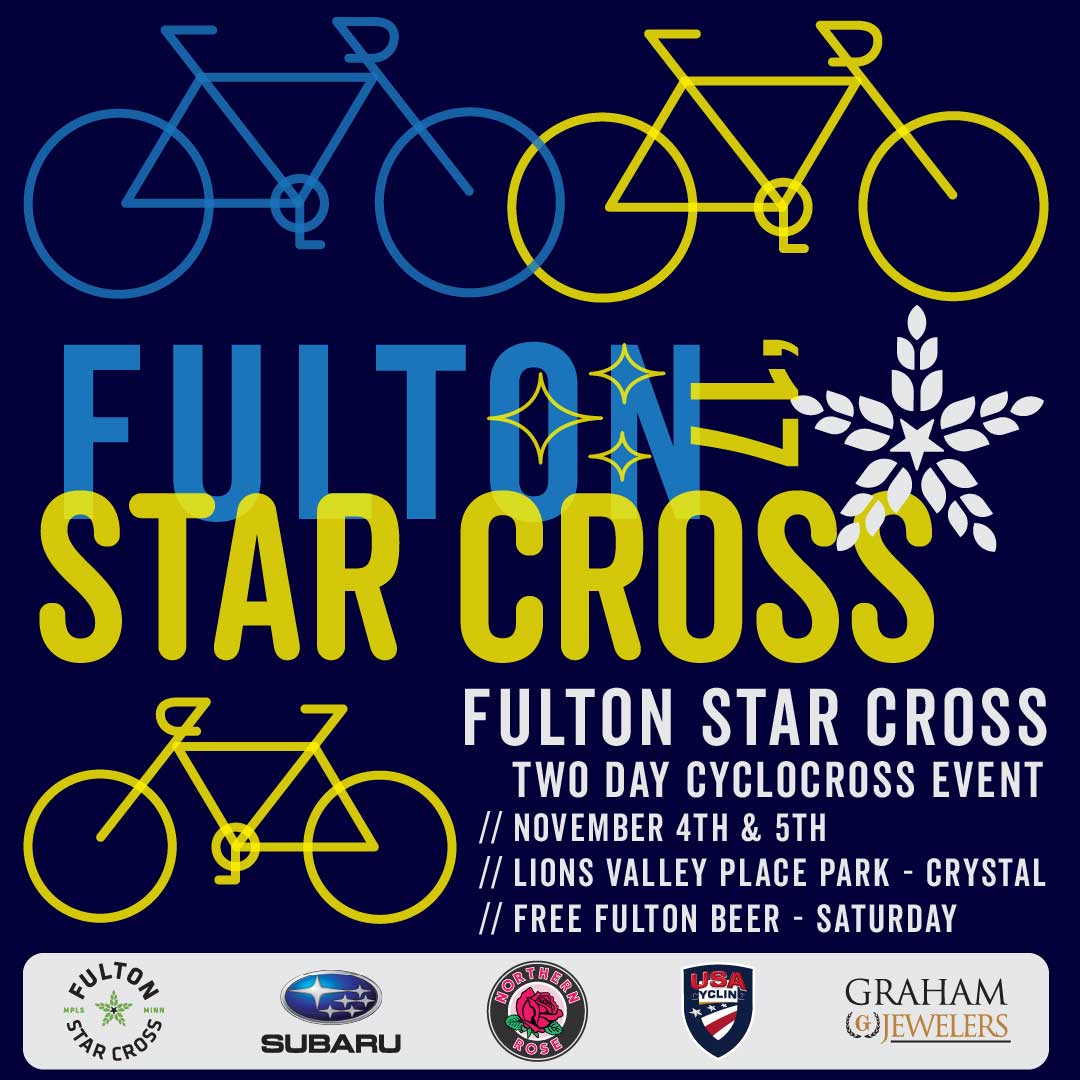 Back-to-back days of cyclocross racing hosted by All-City X Fulton Racing. We'll do what we did last year and make some pretty big changes to the course from day 1 to day 2. Saturday's racing begins at 3:30pm with most fields run under the lights, providing a party atmosphere perfect for the FREE Fulton Beer beer garden built right into the course! Beer will be served from 5:30pm to 8:30pm on Saturday only. Bring ID, you'll definitely get carded regardless of age. The race is free for spectators, so come out and enjoy a Fulton while cheering on the racers. Sunday's racing begins at 10am and follows the normal MCF Cyclocross Rider of the Year schedule. Both days feature free kids races (4:30pm Saturday, Noon on Sunday).

Racing is open to all skill levels, even those who have never raced before. New for this year, all one-day USA Cycling licenses for beginners are FREE thanks to race sponsor Subaru. If you're new to 'cross and need some advice about which category to choose or what to expect, email fultonstarcross@gmail.com and we'll get you started down the correct path.

A SPECTER AMONG US
Posted Wednesday October 11, 2017

On November 1st, 2016, Fulton lost one of our family members, Greg Sincheff, to depression. Greg’s loss was felt by everyone in our company, from those who had just met him to friends he worked alongside and had known for half of his life. To honor Greg’s memory, we released a Northeast-style IPA titled “Grog”, which was his nickname. $1 from each pint of Grog sold at the taproom was donated to the American Foundation for Suicide Prevention.

A year later, the beer first known as Grog is returning under a new name, “Specter.” The word Specter is defined as “a visible incorporeal spirit; ghost; phantom; or apparition.” The name is intended to continue honoring Greg’s memory. He is no longer here with us in the flesh, but we want his spirit to remain visible. This beer is one way for us to remember him. It is also an opportunity to bring visibility and awareness to suicide prevention. We will continue to do so each year this beer appears, by donating $1 for every pint sold at the taproom to the AFSP, and also by opening a dialogue on mental health issues which are all too often invisible.

The artwork on the can is inspired by the “Sugar Skull” commonly associated with the “The Day of the Dead,” a holiday observed each year on November 1st. It is a time traditionally set aside to honor loved ones who have died. Fulton first used the Sugar Skull image in our taproom in September 2016, to commemorate the Death of the Growler. We have brought back the Sugar Skull for Specter, as the day of Greg’s death coincides with this day of remembrance of the dead.

Specter will be available in 4pks of 16oz cans and on draft beginning Monday 10/16. 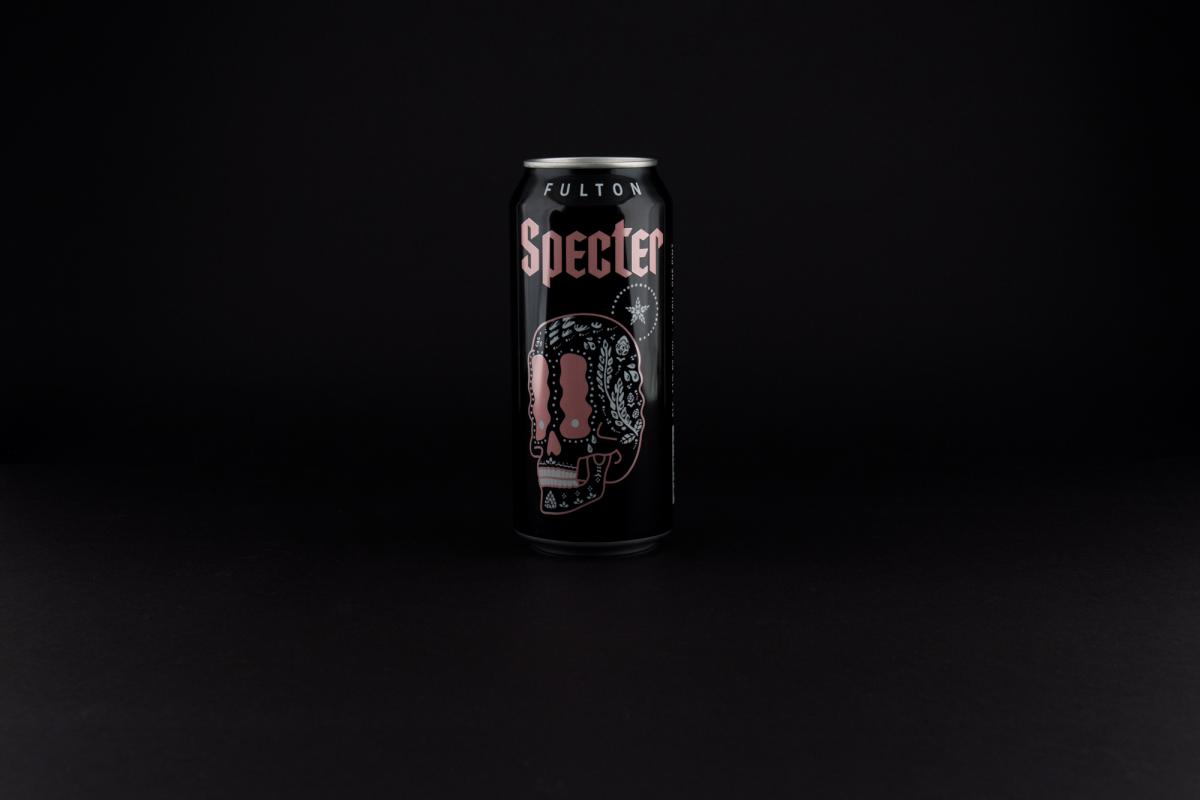 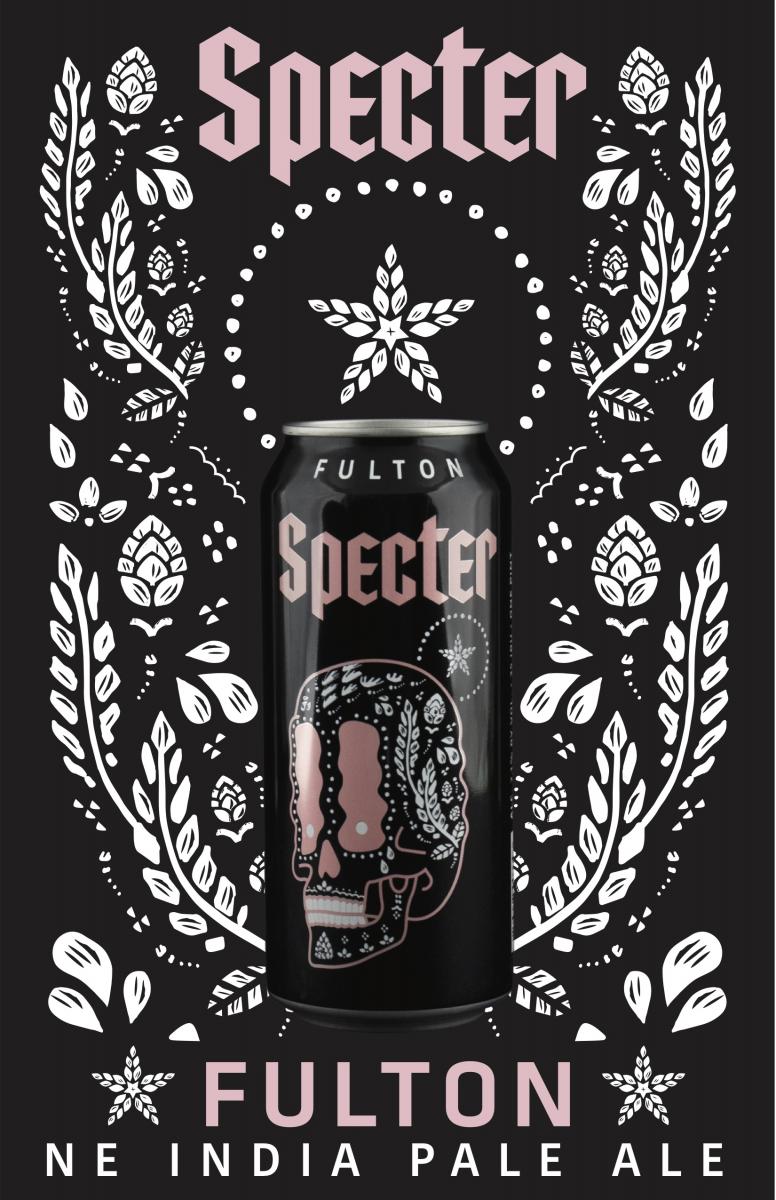