2019, you've been a big one. Any which way we dice it up this year has been an incredible addition to the Fulton story. At the center of this year's excitement has been the launch of our line of Hard Seltzers which made their debut back in May. We knew you were thirsty MN, but we didn't know you were THAT thirsty. Kudos to you for quenching thirsts in style and keeping it local at the same time. We've got a bunch of new hard seltzer packages coming your way in 2020 and kick that off right away in the new year with our Hopped! flavor. When you're done reading here, scroll down to see sneak peeks of our other varieties coming.

We took Lonely Blonde and developed our first brand extension with Grapefruit Lonely Blonde. Which, we're proud to say comes back this next spring as our newest year-round beer (with new packages!). The Fulton Gran Fondo got it's first route update since it began in 2014, we released a number of Barrel-Aged beers at GABF with our pals Jameson. Most recently we won gold at the Growler Magazine's KOABD awards for both Lonely Blonde and Blood Orange Hard Seltzer. Oh yeah, and we celebrated our 10 year anniversary in style at the Fulton taproom back in October. Whew, what a year.

Speaking of taprooms, we want to let you in on some big news first. Minneapolis' first taproom (ours!) is going to go through some pretty significant changes and upgrades in the months to come. We're focused on leveling up our space, service, offerings and expectations and will begin to do so with a remodel that begins soon. The first thing you'll notice is our shiny Airstream is going away. Fulton taproom kitchen food will go away with it, albeit temporarily. Next Spring we'll be delivering up new food favorites alongside familiar and forthcoming beers...all in a spiffy new space that increases our occupancy and your enjoyment. Stay tuned at our Taproom's Facebook or Instagram for news and BTS updates. 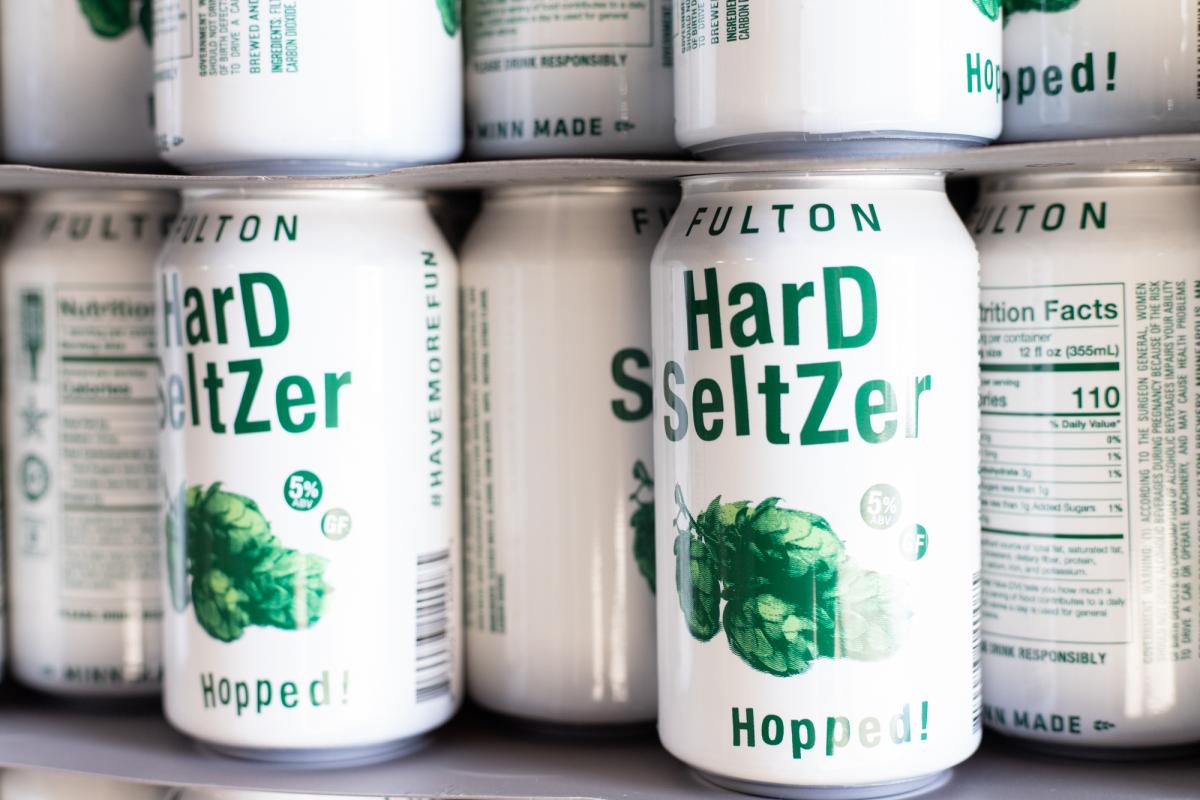 Attention Hop Heads, we've got something special for you. Fulton Hopped Hard Seltzer makes it's way to you early January. It's crisp, aromatic, and mega-refreshing. 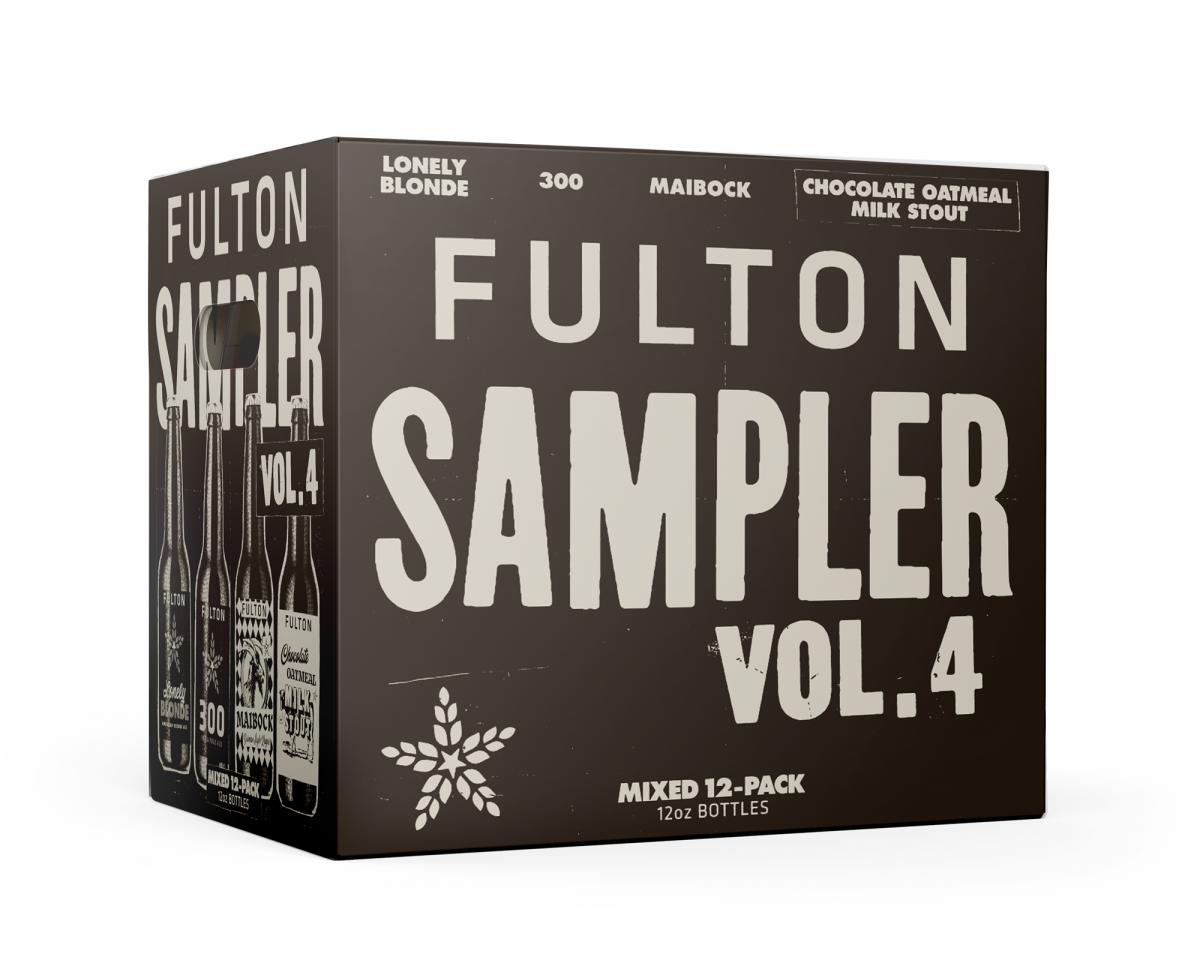 A Maibock, IPA, Blonde Ale and Chocolate Oatmeal Milk Stout walk into a bar...this coming February we release our first Mixed 12 pack of the year. With shiny new brews and fan favorites. Like volumes 1-3 before it, there's a little something for everyone. 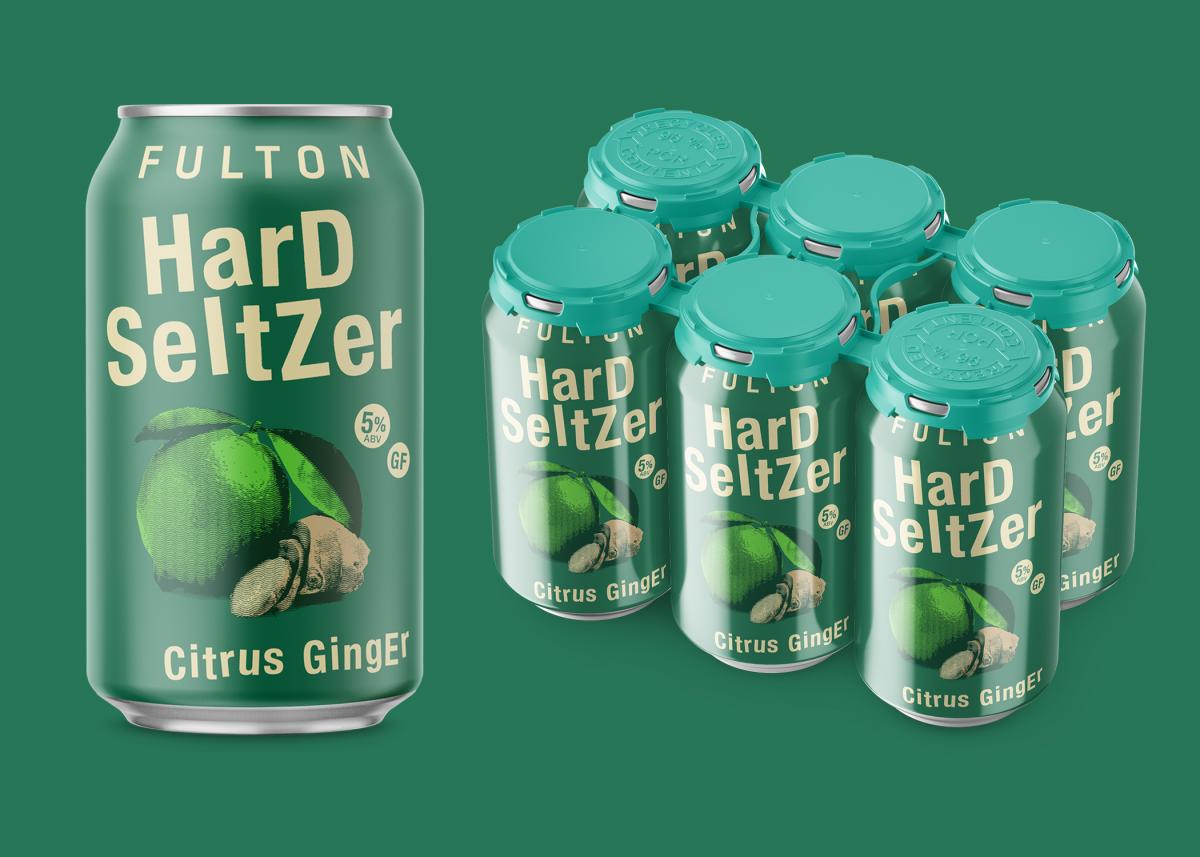 Holy Moly, Batman! Just in time for St. Patrick's Day and best paired with our favorite Irish Whiskey we're betting you're going to find a new green, permanent fixture in your fridge soon. 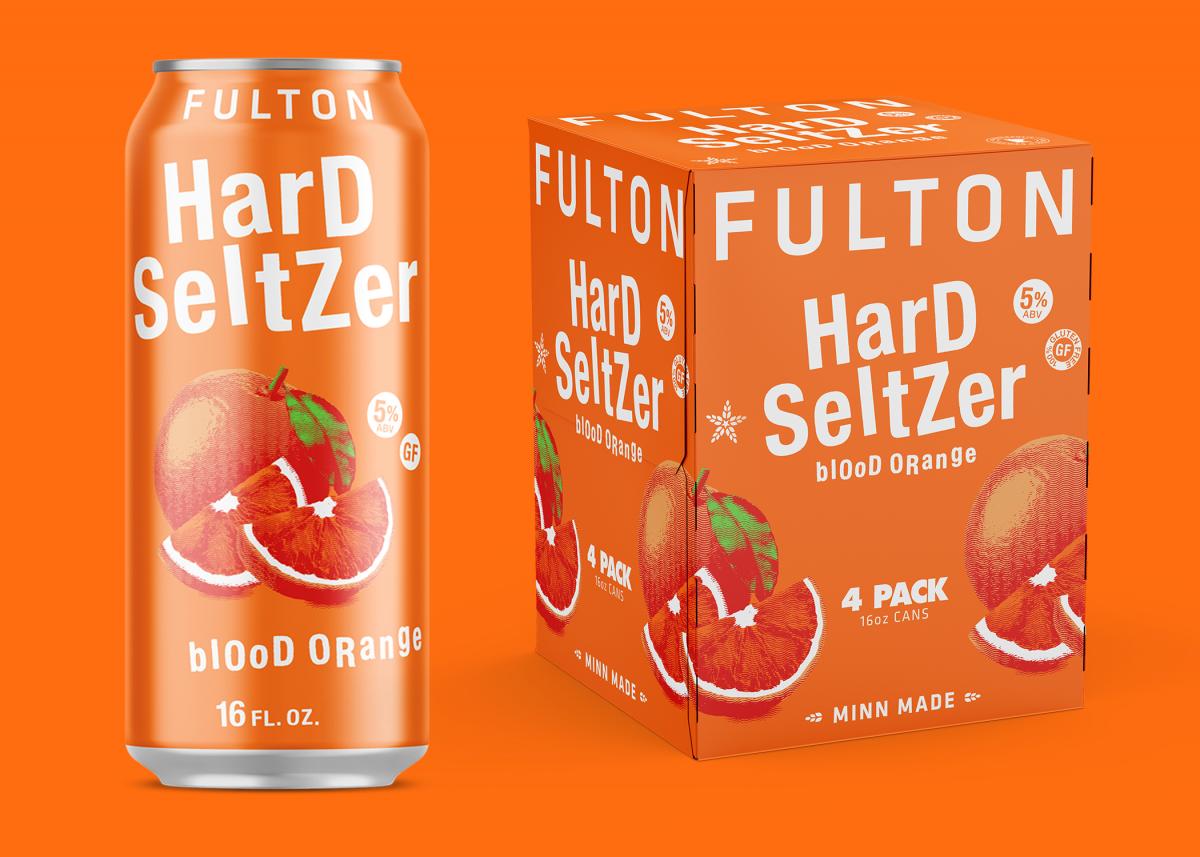 Growler Magazine (and you!) named it the best Hard Seltzer in MN this year. So why wouldn't we put it in a bigger can for you to sip and savor? Look for these in our brand new cardboard wraps this Spring. 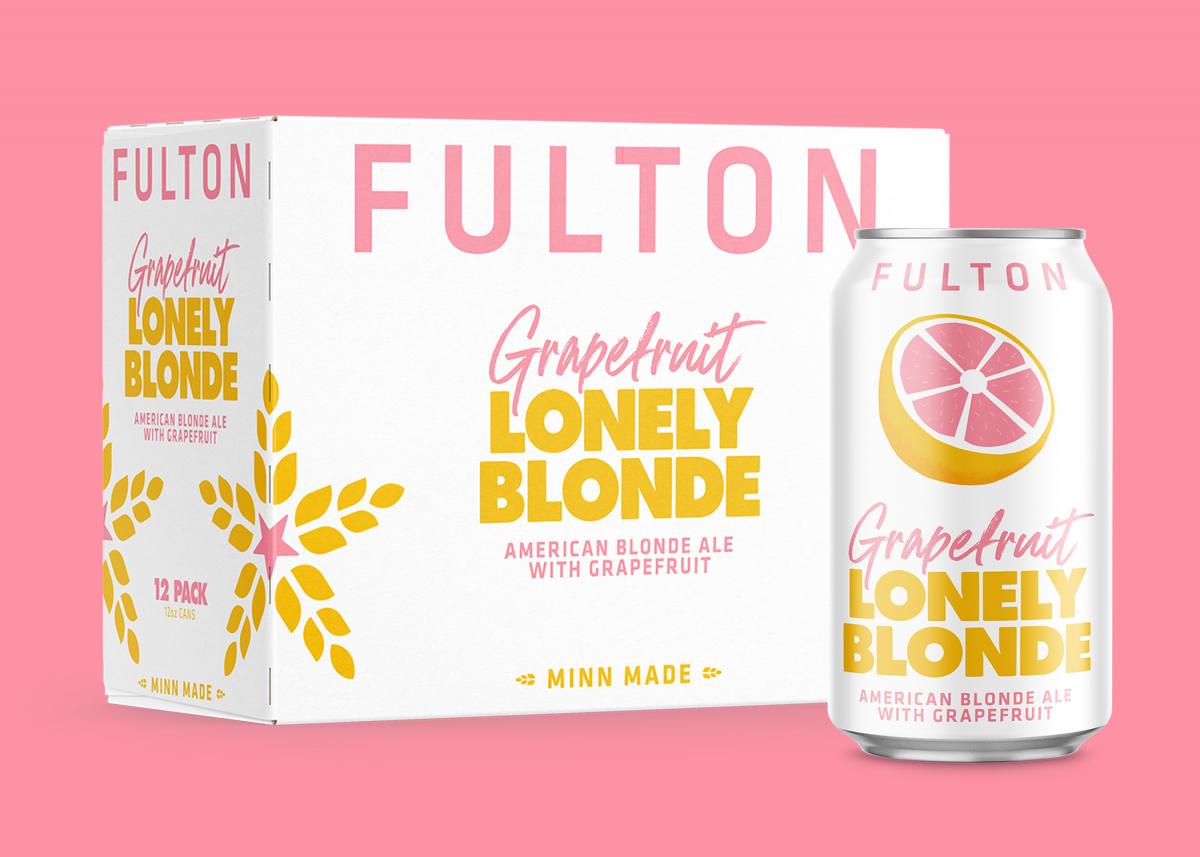 We took our most recognizable beer and gave it the citrus treatment this past Spring and it turns out we were onto something. MN couldn't get enough and kept asking for more, so we had to oblige. Grapefruit Lonely Blonde makes it's way to our full-time roster this Spring! Not only that, we're releasing it in 12packs of 12oz cans. Oh, and a brand new cardboard wrap for our tallboy 4pks. Now that's alot of grapefruit. 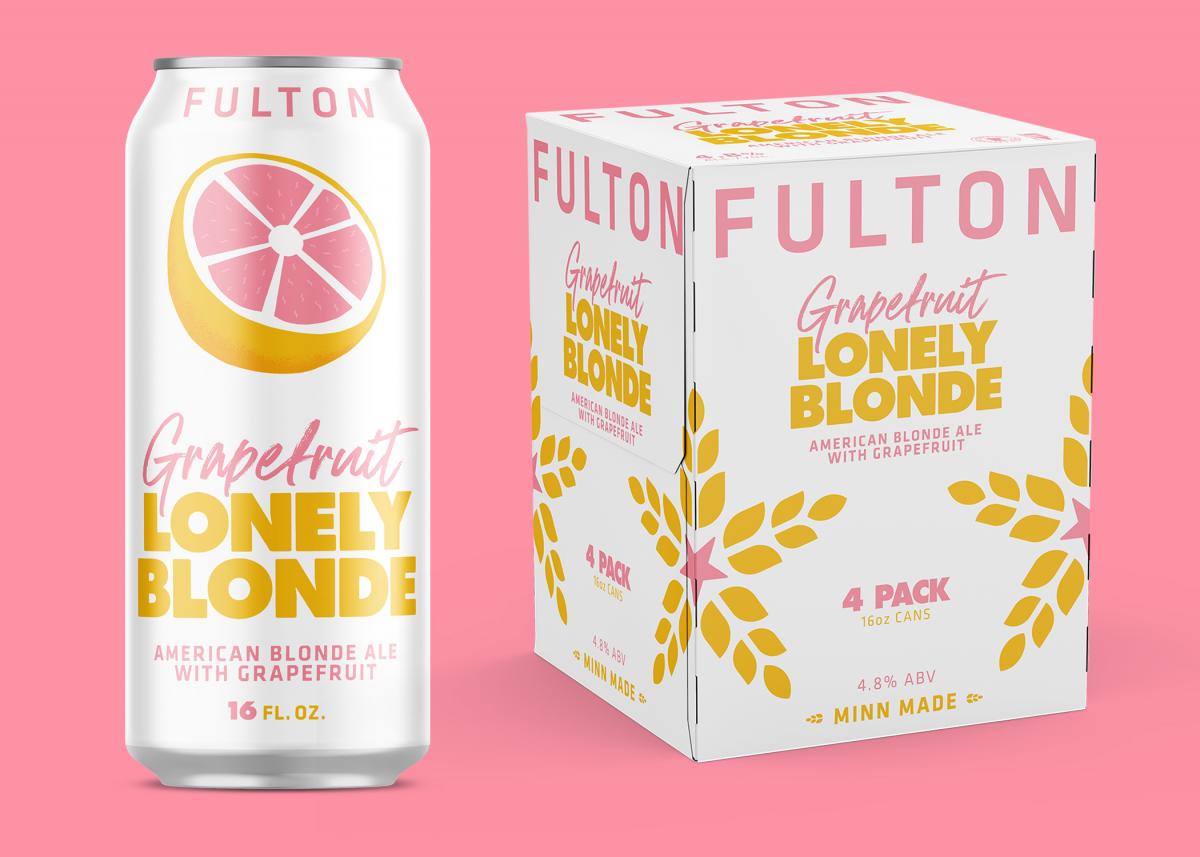 If you've read this far than pat yourself on the back. Also, count yourself amongst those in the loop because we've got even more exciting releases in 2020 including more mixed packs, an ultra light Golden Lager, another local collab and maybe just maybe another Hard Seltzer flavor. Cheers to another year ahead!