Once in a while, you get lucky. In the summer of 2009, the four of us were busily creating and perfecting recipes on a custom-built homebrew system (that is: made of a chopped up & welded together bed frame and 3 “retired” ½ bbl kegs) in a Fulton neighborhood garage. Earlier that year, we had embarked on the path of starting our brewery, and by then we had several recipes that were in consideration for release at our planned launch date later that year. Our favorite was a classic pale ale brewed with Cascade and Perle hops, and we also had a blonde ale that was showing promise after nearly twenty iterations on the homebrew system (if you hadn’t guessed by now, they would later become The Ringer and Lonely Blonde). In particular, we loved our pale ale and thought it was “the one.” It was balanced, clean, and bright; we thought it was perfect. But on every one of our early sales calls, bartenders and managers asked if we made an IPA.

In hindsight, it seems like an obvious question, but even just eight years ago, IPAs weren’t quite the big deal they are in 2017. In fact, we had been working on an IPA, but at that time, we’d only brewed our current recipe twice. And the recipe was a bit unusual. Though far from being an edgy, over-the-top IPA of the ilk that was exploding on the West Coast at the time, ours wasn’t exactly conventional either; the recipe was an unusual convergence of American IPA ingredients with English-style balance. It featured two relatively new or obscure hops, Simcoe and Glacier, along with a malt bill consisting of a healthy dose of White Wheat and Caramel 60. We weren’t sure what people would think of it, but we started bringing bottles of a homebrewed IPA we called  “Sweet Child of Vine” on our sales calls. 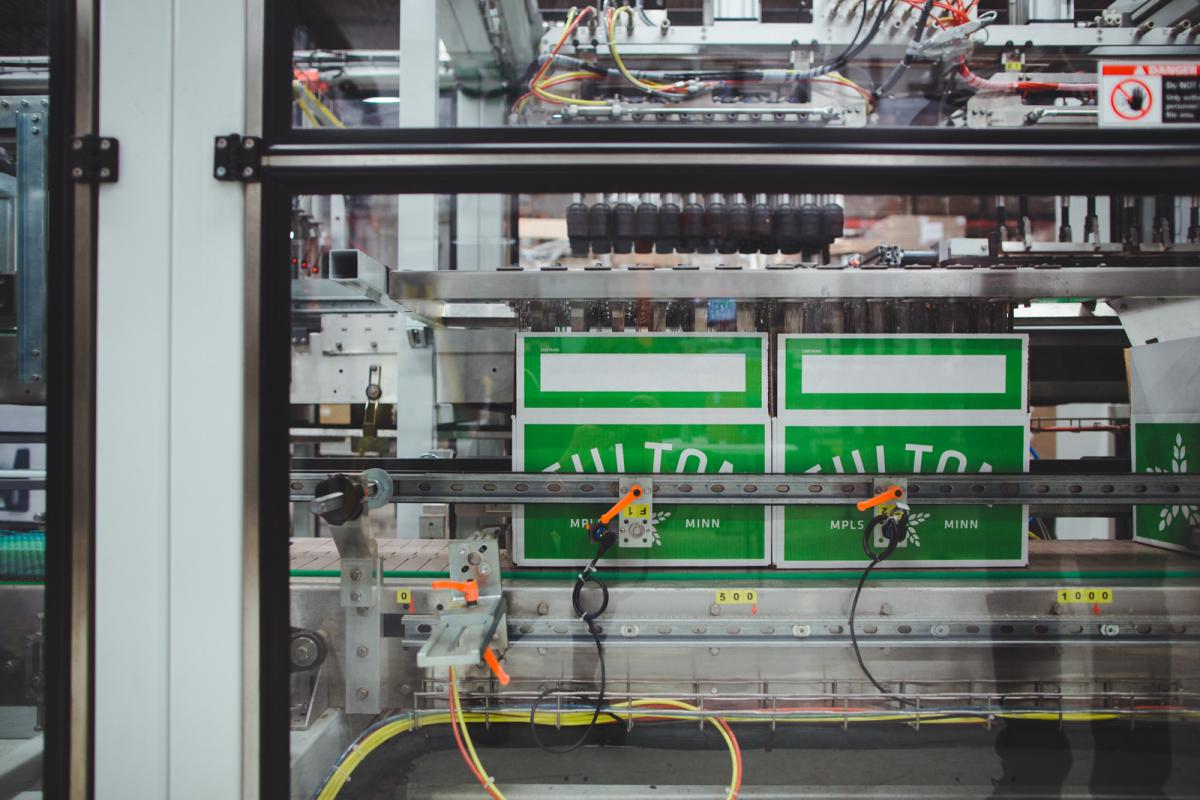 We’re glad they asked. Every bar we sampled Sweet Child at agreed to put it on tap as soon as we could supply it, which was still several months away. We went from wondering which of our beers people would even like, to wondering how we were going to even meet demand. We launched Sweet Child of Vine as Fulton’s sole beer in October 2009 and didn’t release another year-round beer for another 8 months. Initially, we had to limit our distribution to keep up with demand. Sweet Child was initially available draft only to just 7 bars. Soon we added another 9, then we upped it to 25, then 35, then 50. It was two full years before we had the capacity to release Sweet Child (or anything else) in bottles. What had started out as a homebrewing recipe brewed for our own enjoyment had quickly blossomed into one of the hottest new beers around.

But we had a lot to learn, and our first big lesson was just around the corner. Early in 2010, we called our hops supplier to order a few boxes of Simcoe for our next few weeks production. “We’re out of Simcoe,” came the answer. “Ok, when will you have it back?” Ryan asked, expecting it to be available again in a few days or maybe a week or two. “Three years.”

So that’s how learned about hops contracts. As it turned out, Simcoe was one of the Next. Big. Hops. As a brand new startup, we weren’t prepared in the least for that answer, but we adapted. Less than six months after we sold our first pint of Sweet Child, we had to replace Simcoe in the recipe with something else. We tried a few substitutions, and landed on CTZ (Columbus/Tomahawk/Zeus) as our replacement for the foreseeable future. In relatively quick order, the Sweet Child of Vine we all knew and loved became a CTZ beer, not a Simcoe beer—and a great one, at that. As a result, for most of Sweet Child of Vine’s history as a commercially available beer, CTZ, not Simcoe, has been the signature hop variety alongside Glacier. 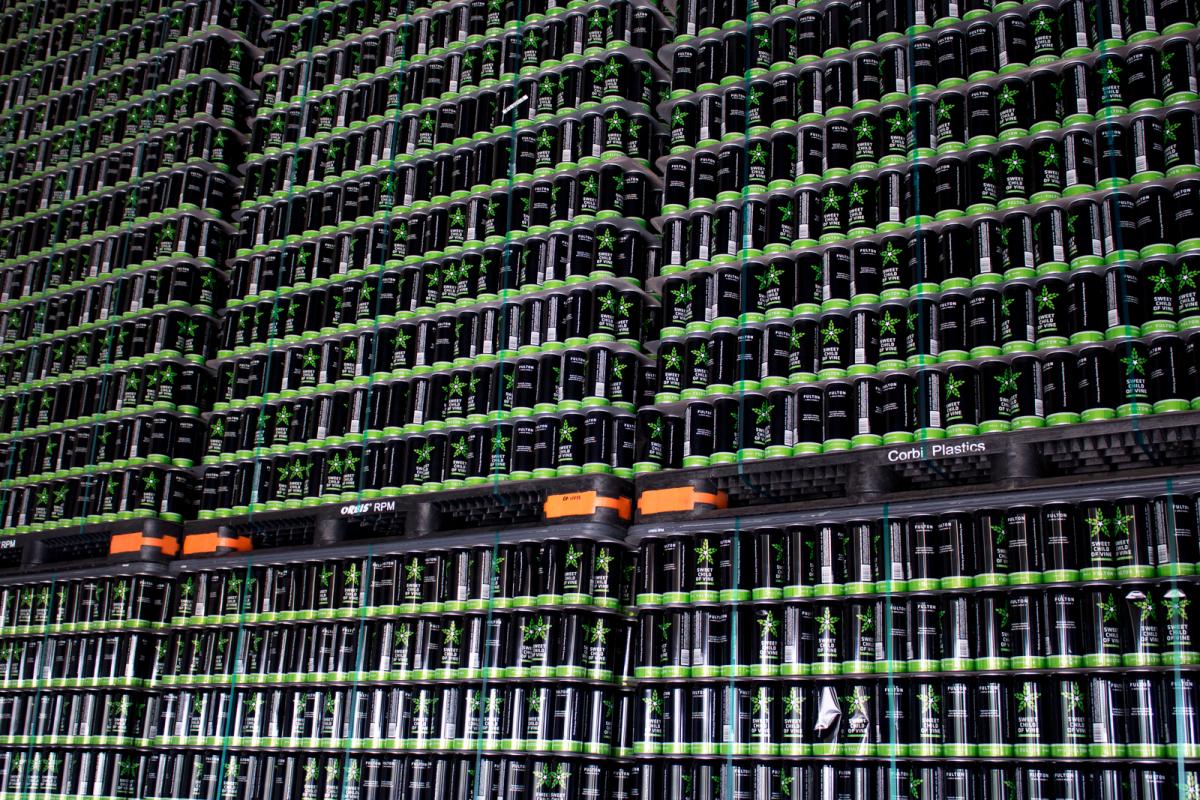 But those of us who recalled its original formulation with Simcoe…missed it. We wanted to bring Simcoe back, someday. But the bigger the beer became, the more unlikely it seemed that we ever would be able to source enough of the hop variety that was simultaneously exploding in popularity.

Finally, in late 2016, we managed to procure enough Simcoe to revisit and revise the Sweet Child of Vine recipe. In the intervening months, our brew crew has been methodically tweaking the Sweet Child recipe to add Simcoe back into the recipe. At the same time, we subtly dialed back the proportion of Caramel malt in the recipe. The result? Sweet Child of Vine is still the balanced, approachable IPA that you’ve come to know, love, and rely upon…yet it’s not identical to what you remember, either. The toned-down Caramel malt profile melds nicely with a slightly drier mouthfeel, highlighting the mellower but fruitier character of the Simcoe hops. Sweet Child of Vine still drinks magnificently on its own, and pairs with almost any food you can throw at it: from red meat to tropical fruit desserts. In our (extremely biased) opinion, Sweet Child is one of the most versatile and all-out enjoyable IPAs on the market today. Next time you see it, grab a pint, 4-pack, 6-pack, or 12-pack and let us know what you think. 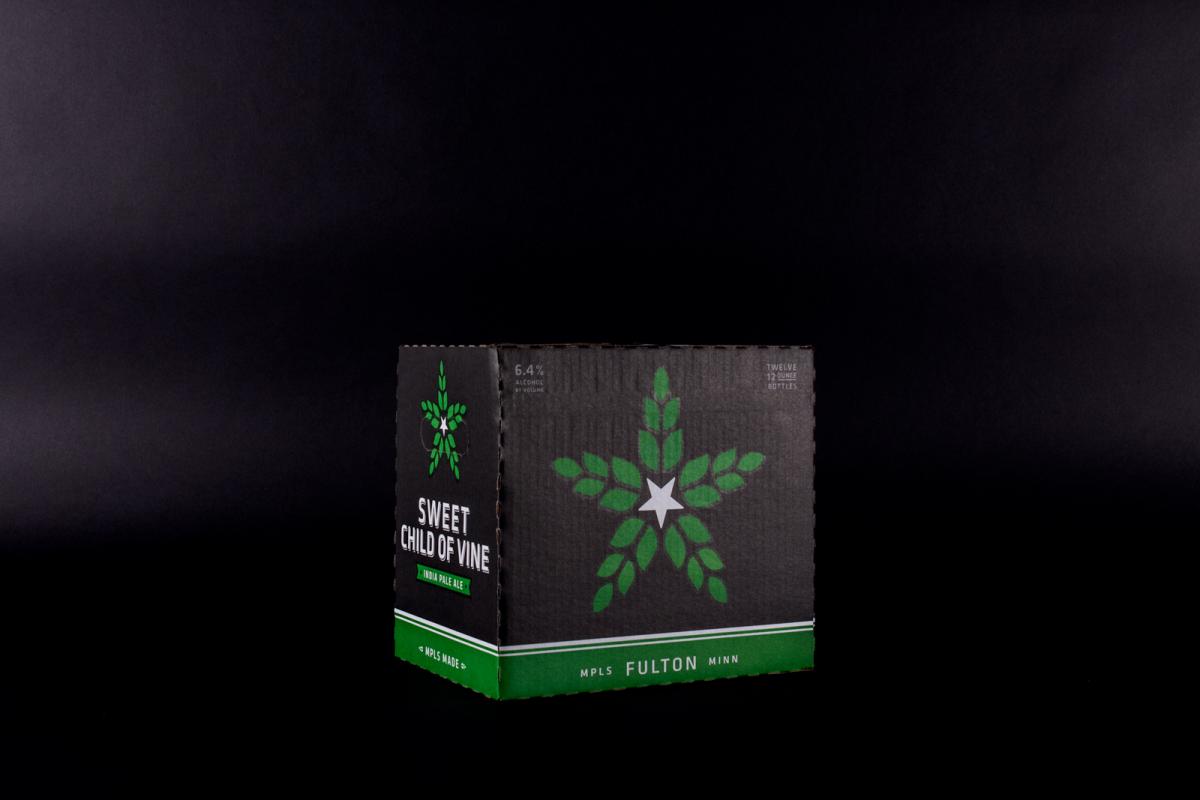 Ahhhhhhh...the great Minnesota get-together. Each year Minnesotans have the nearly 2 weeks of fair to mark their summer's end. With rides, agricultural attractions, live entertainment and some of the wackiest "on a stick" food options known to man, it's easy to find yourself spending a day (and some serious $$$) at the Fair. For those making a day of it and looking for some refreshment Fulton-style, we've devised this handy map to get you headed in the right direction.

See you at the Fair! 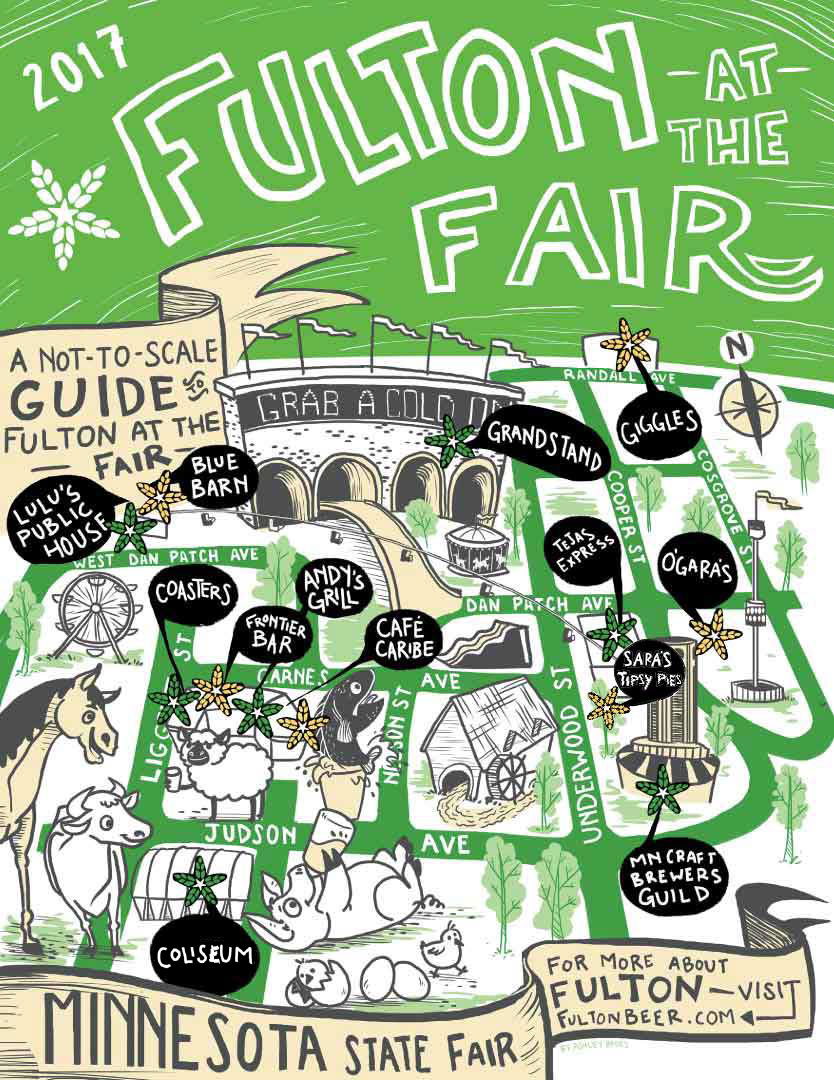 Ahead of next week's heat wave, we've teamed up with our buddies at Bittercube to bring you the Mosaic Radler, a most refreshing summer beer cocktail based around our 300 Mosaic IPA. And, speaking of teaming up we'll be back again at Chef Camp, a Northwoods culinary adventure this September. Join us at camp for chef-led cooking classes taught over the fire, classic summer camp activities (canoeing, archery, crafts), epic meals under the stars and small-group beer workshops taught by our Fulton team.

Right now Chef Camp has a special deal for fans of Fulton. Click here or use code "FULTON2017" for discounts of more than 10 percent on tickets to Chef Camp's September 8-10 session.
For more information, visit chefcampmn.com or come down to the Fulton taproom on Wednesday, July 12 from 5:30-7:30 where the Chef Camp team will be hosting a meetup and answering questions. First 10 people to come say hi will get a free Chef Camp tshirt!
See you at camp!