Fulton Beer and Artisanal Imports are pleased to announce a new sales partnership. Over the
remainder of 2017, we will be working together to expand distribution of Fulton beers to Illinois,
Indiana, Ohio, Florida, and New York, with additional markets in planning for 2018 and beyond.
The partnership comes as Fulton installs a new canning line and fermentation tanks, increasing
its annual capacity to 45,000 barrels.

As Fulton expands beyond the Upper Midwest, it faces a beer market that is hyper-local and
more competitive than ever. Enter Artisanal Imports. Artisanal has been selling some of the
finest beers in the world throughout the United States since before craft beer was cool, without
the advantage of being the local supplier. Artisanal’s management and sales team are
passionate about extraordinary beer and deeply respected within the industry. They measure
many of their customer relationships in decades. Under the new partnership, Artisanal will
provide direct account representation, market management, and distributor engagement.
Fulton will supply additional sales, strategy, and marketing support.

The professional partnership is built on longstanding personal relationships. Artisanal cofounder
Lanny Hoff was one of the first individuals the Fulton founders met in the industry. In
1993, Lanny hired Corey Shovein into the industry at All Saints Brands, an early pioneer of highend
beer sales. By 2009, Corey was managing On-Premise Craft sales at Fulton’s first wholesaler,
Hohenstein’s Distributing. Seven years later, Corey joined Fulton as National Sales Director, and
today, Lanny and Corey have reunited as Artisanal and Fulton join together in growing a broader
national presence. 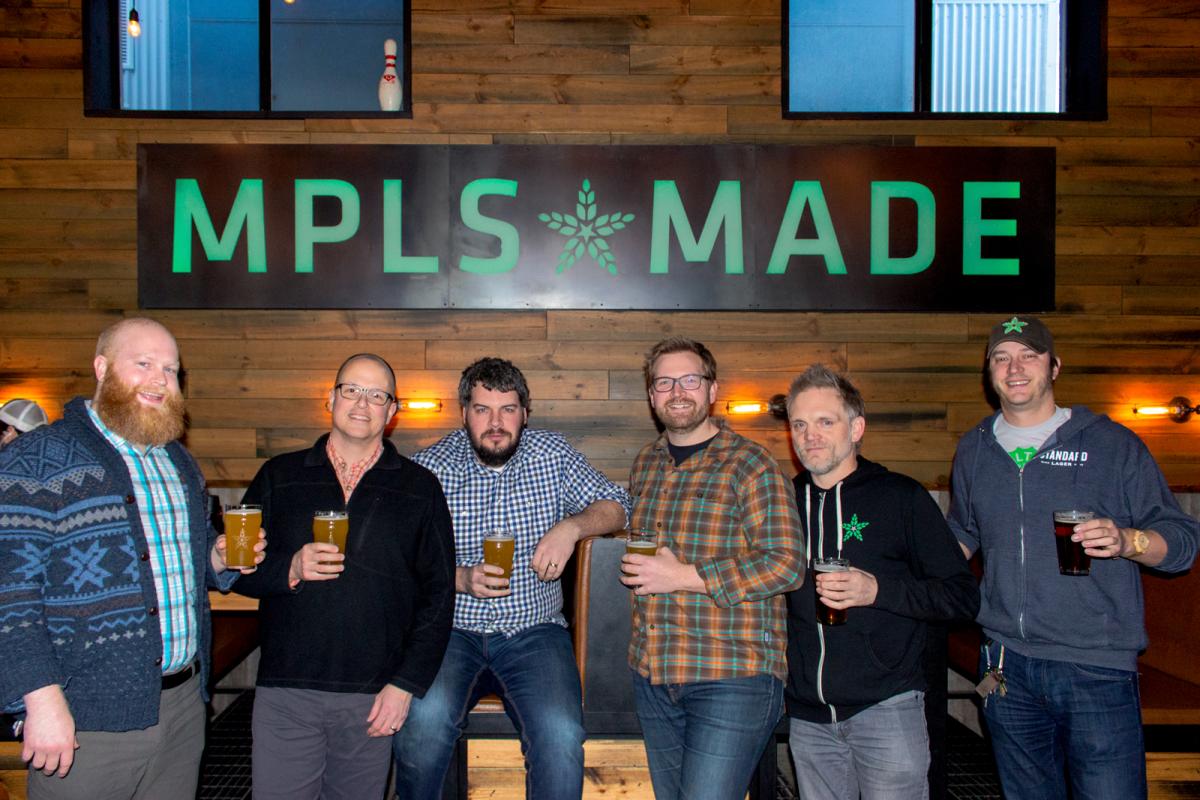 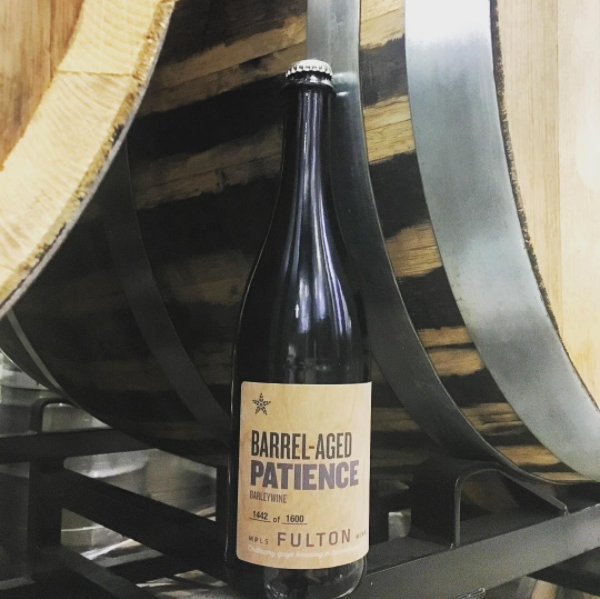 Well-studied Fulton fans are familiar with Patience, our barleywine that makes occasional appearances in our taproom, at festivals, and in bottles. Those of you keeping score at home may have correctly noted that it's been a couple years since a bottled vintage has been available. Fear not, we haven't lost our Patience (pun fully intended). Instead, our most recent batch has been aging quietly at our NE Minneapolis brewery. In Cognac barrels. For over a year. And was then bottled at barrel strength.

"That seems a bit much," you may be thinking. And you'd be right. It's simultaneously the biggest (by ABV) and smallest (by quantity) bottle release we've ever done. And while this already big barleywine just got bigger and bolder in the barrels, it's a beautiful thing. Pop open a bottle (with a few friends, ideally) and you'll be greeted with a big whiff of brandy, after which you'll enjoy a rich, oak-infused pour redolent with date and raisin notes.

Bottles are hitting liquor store shelves this week, but won't be around long, so pick one up while you can. We're also tapping one of only a handful of kegs that will be available tonight at the taproom. 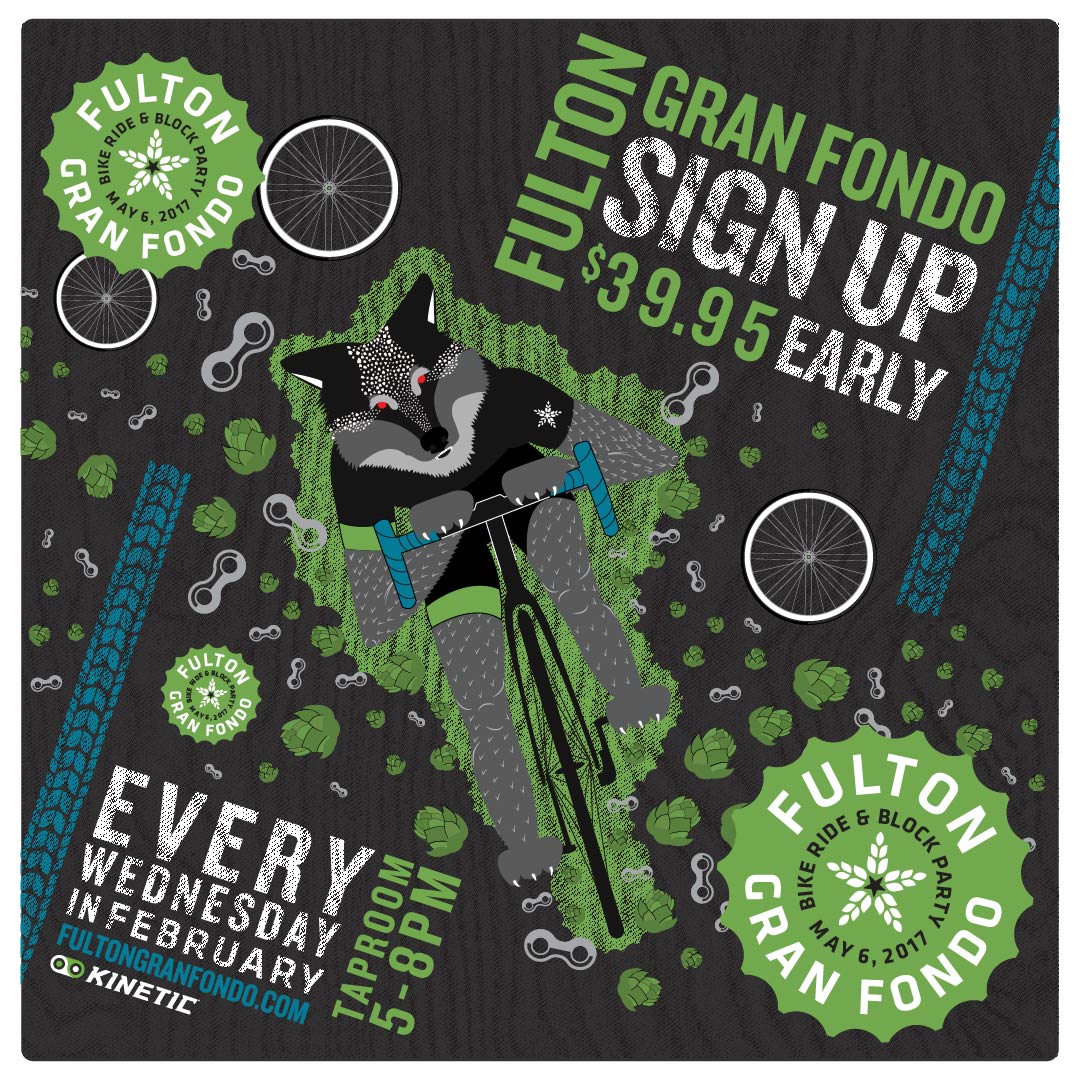 Sure, the temp dipped below zero last night. On the other hand, the days are already getting lighter, and we're now less than 90 days away from the 2017 Fulton Gran Fondo! Now in its 4th year, the Fondo is setting up to be more fun than ever. In addition to the full 100 mile route, we're bringing back the mid-length (approximately 50 mile) Medio route, making the block party bigger than ever, releasing an all-new beer (shhh! details not ready to share yet), and adding a little Friday night pre-party. Too much fun to miss.

Come in and pre-register for the ride for just $39.95 from 5-8 tonight (or either of the next two Wednesdays) at the taproom and we'll pour you a complimentary beer of your choosing. Plus, take a turn at a head-to-head trainer race, brought to you by our partners at Kinetic.

Can't make it by the taproom? Earlybird registration is also open now on the Fondo website. Registration is $39.95 from now through February 28th--a $15 savings.

Oh, we almost forgot to mention: this year we're also offering a custom Fulton Gran Fondo bike jersey. Available for pre-order through early March, these Twin Six-designed beauties are a steal at just $75, this month only. Order yours over at the Fulton Gran Fondo website. Price goes up to $85 on March 1, and quantities are limited.

One of the longest-running and finest beer fests in the state, Winterfest, is just over two weeks away. Alongside nearly 100 other Minnesota breweries, we'll be pouring some of our rarest offerings at this high-class event. Your $75 ticket gets you in the door to unlimited samples, upscale catered food, and a chill ambiance unlike any other beer fest. For the first time, this year Winterfest is being held next door to our taproom in the Delta Sky360 Club at Target Field. There are a few tickets left, so if this sounds like your vibe, hit up the ticket site here before they're gone.

Fulton is a Minneapolis brewery founded in 2009. We own and operate a 20 bbl brewery and taproom in downtown Minneapolis next to Target Field, and a 50,000 square foot production brewery in Northeast Minneapolis. In 2017, Fulton will produce over 30,000 barrels, sold mostly in the Twin Cities metro area. We’re a group of beer enthusiasts focused on brewing extraordinary beer and working to make our community a better place. Our Ful10 Fund provides loans and support to other small businesses and non-profits, and our Fulton Racing teams encourage participation in active lifestyle sports. Best of all, we get to live, work, and play in Minneapolis-St. Paul, consistently ranked as one of the top metro areas in the United States for quality of life, urban parks, education, bicycling, theater, dining, and more.

Sounds like a place you’d like to be? We are seeking a Sales Representative to join our rapidly growing company. The right individual is a leader who works well with others, focuses on quality and technical excellence, loves to work and play hard, embraces opportunities for continuous learning and improvement, and is passionate about extraordinary beer.

A Fulton Sales Representative is one of Fulton’s front line employees and critical to its overall success. In an increasingly competitive market being knowledgeable of the beer industry, an effective communicator and a great salesperson is paramount to our success.

Fulton’s Sales Representatives must be knowledgeable of the beer industry, outgoing, engaging, and able to use critical thinking skills to solve problems. To perform this job successfully, an individual must be able to perform each of the following essential duties satisfactorily:

The workload of this position on any given day will need to be carefully managed and balance in priority from the immediate to long-term goals.  The primary responsibilities of this position include:

Fulton’s Sales Representative will report directly to the Fulton National Sales Director and will reside within the organizations’ Sales Department.  Working closely with the Marketing team this person will be a strong advocate for creative solutions to classic business problems and needs.

Fulton offers salary commensurate with experience and a benefits package. We’re looking to hire people who are serious about beer without taking themselves too seriously. The ability to adapt to change, operate independently, work hard, and learn fast is a must.

Still interested? Send your resume and any other reasons why you’re a good fit at Fulton to Jim Diley at hr@fultonbeer.com.