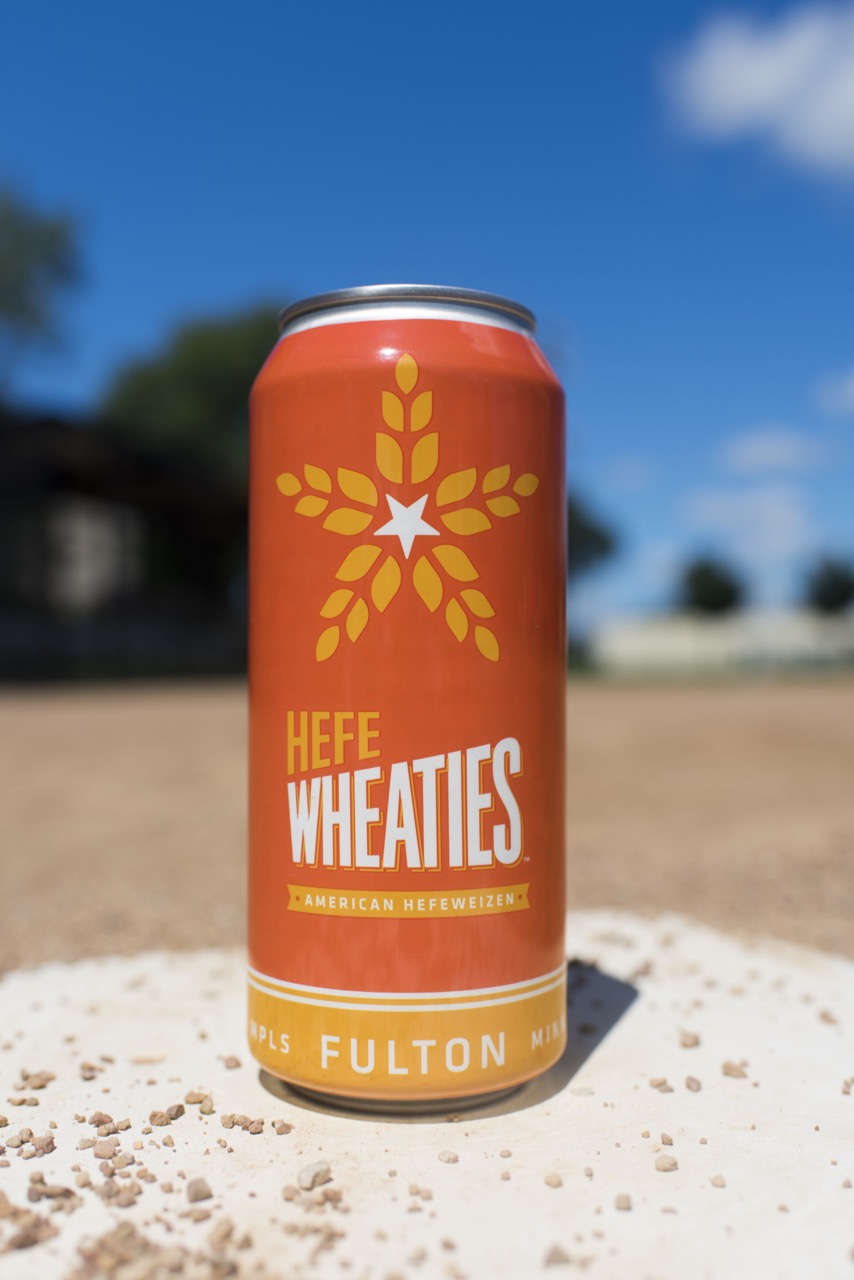 What you need to know:

The full story: If you haven't already heard, we've partnered with our neighbors just down the road at General Mills to create a special, very limited release beer called HefeWheaties. Like so many great ideas, HefeWheaties was born from a late-night conversation over several beers. No, the beer doesn't contain Wheaties, but both products are made primarily from wheat. We crafted HefeWheaties in the style of an American Hefeweizen (get it? we hope so...). HefeWheaties is an easygoing 4.7% ABV and 21 IBU, with refreshing citrus twist notes thanks to the Rakau, Galaxy, Mandarina Bavaria, and Sorachi Ace hops. Since HefeWheaties is unfiltered, the burnished golden color is slightly hazy, and it drinks with substantive body and mouthfeel. Two ways to get it: Taproom: Starting when we open at 3:00 tomorrow (Wednesday), and while supplies last (probably not more than a few days, but we can't be sure how long) HefeWheaties will be available for purchase in the taproom. Note: due to state law, HefeWheaties purchased in our taproom must be consumed on-premise only -- we can't sell you a can to go. You may, however, take your empty can with you as a keepsake. We expect the taproom to be very busy tomorrow, so please be prepared to wait in line (hey, we all have to wait in line at the State Fair, so we can manage it for a day at the brewery, right?) in order to get in and to get your beer. Pint cans will be for sale for $5. Retail: We have allocated the majority of the production run to liquor stores, in the greater Twin Cities area only. The liquor store release will be in mid-late September. Please understand that due to the small quantity we were able to brew, liquor stores will run out quickly. Demand for this beer has been overwhelming, and the stores won't be able to order more once they're out. This is a one time partnership, and when it's gone, it's gone for good. To be very clear, HefeWheaties is:

Thanks for all of your excitement and support -- see you soon!