The seasons are transitioning and depending on the day you might be confused about which one you're experiencing. Either way, we're excited to announce a number of things that will help you embrace either side of the seasonal coin.

Music lovers and party people alike can enjoy a high energy show with classic and familiar vibes; Friday's Fulton-sponsored Sam Cassidy (MPLS) and Harvest Thieves (ATX) show at Icehouse is looking to provide both. Tickets are $8 in advance. 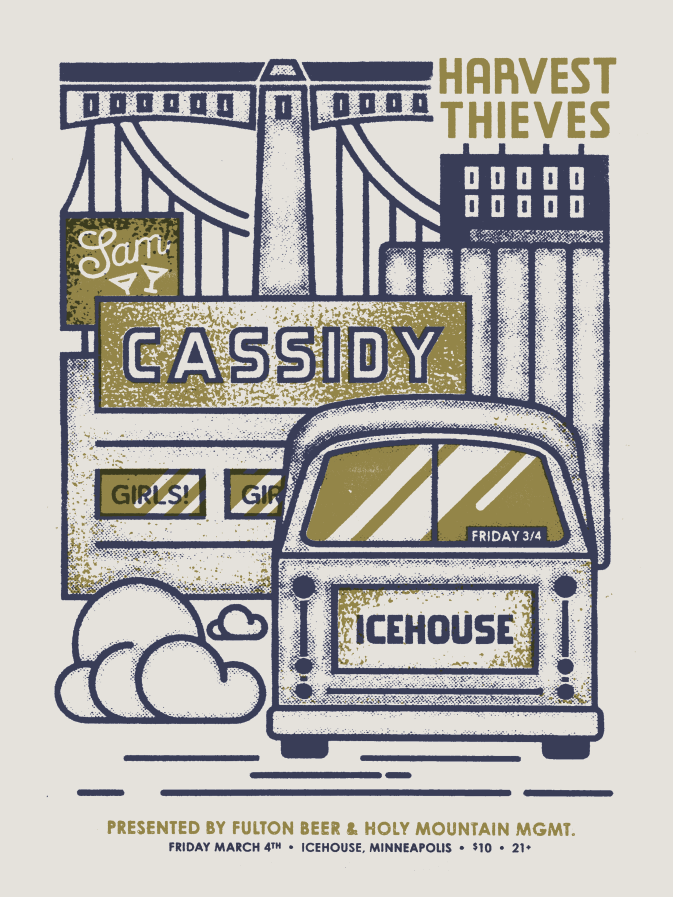 Join us at 10am on Saturday, March 12 for a special fireside happy hour on the patio of Brasa Northeast to sample War & Peace, enjoy complimentary Brasa Blend coffee and Brasa cinnamon rolls made with War & Peace beer. Brasa opens for usual service at 11am and the party goes on while sauna sessions rotate every 90 minutes. A second tasting of War & Peace comes around at 3:00, be sure to stop by to grab a commemorative tasting glass with Peace Coffee’s 20 year logo. We’ll be on the patio stoking the fire come snow or sunshine, all in the name of excellent food, beautiful friends and fine brews. Sign up quick for hosted (re: free) sauna sessions right here. 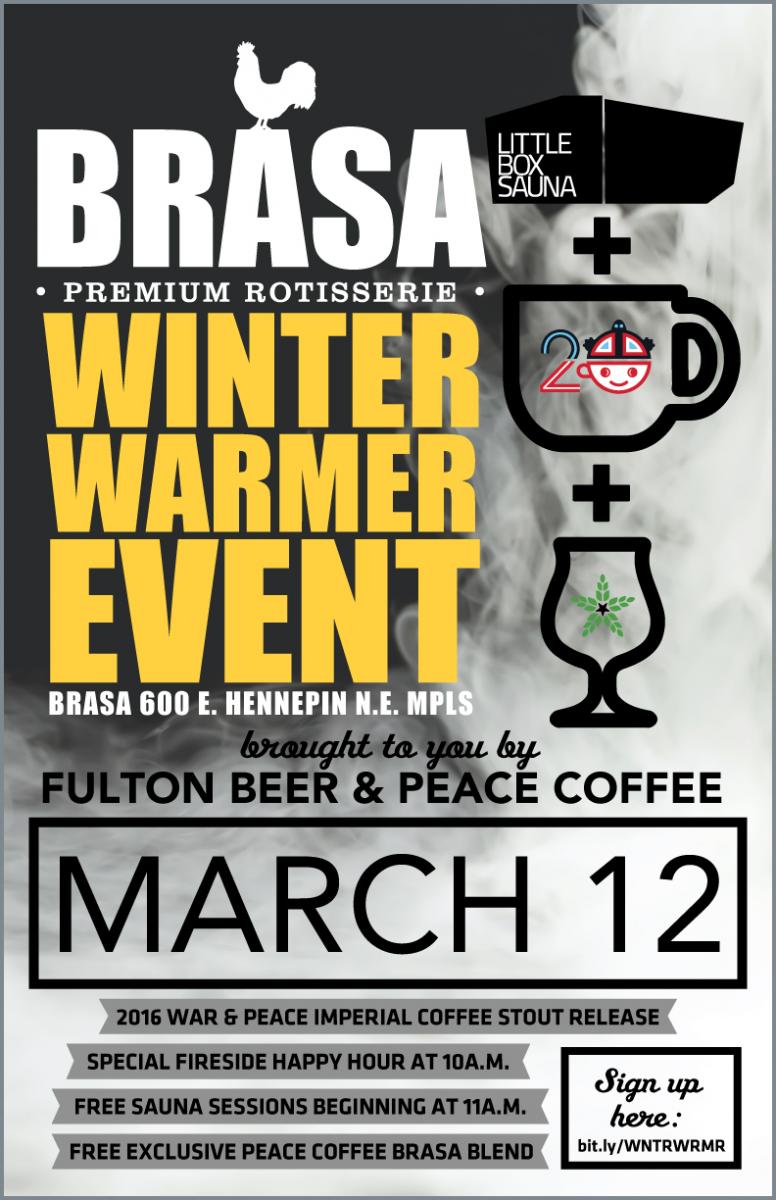 Soundset is back! And it's going to be bigger than ever in it's new home at the State Fair Grounds. Tickets go on sale Friday 3/4. Info here. 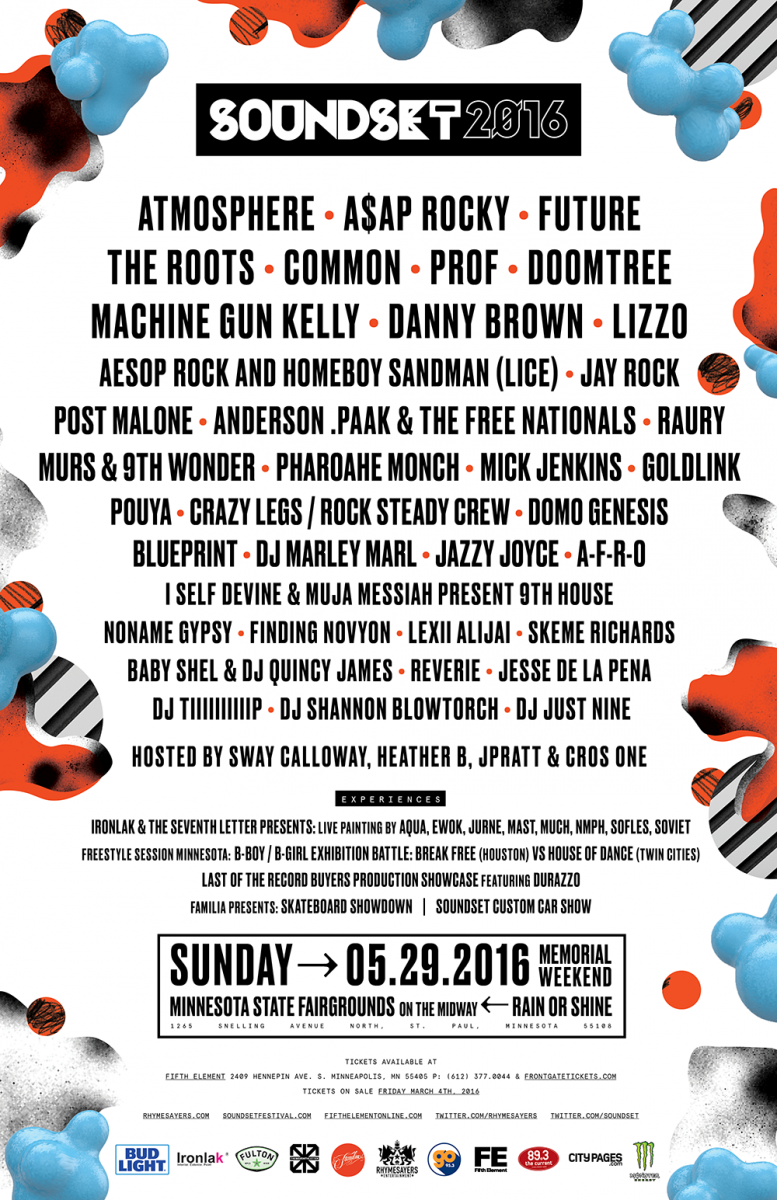 Have you had our newest Barrel Fermented "Brett" IPA? It's called "Tanager" and it's an extremely complex IPA with flavors of tangerine, mango, pineapple and a touch of oak. It's currently available only in the Fulton taproom so get yourself down to the North Loop for some tropical paradise in a glass. 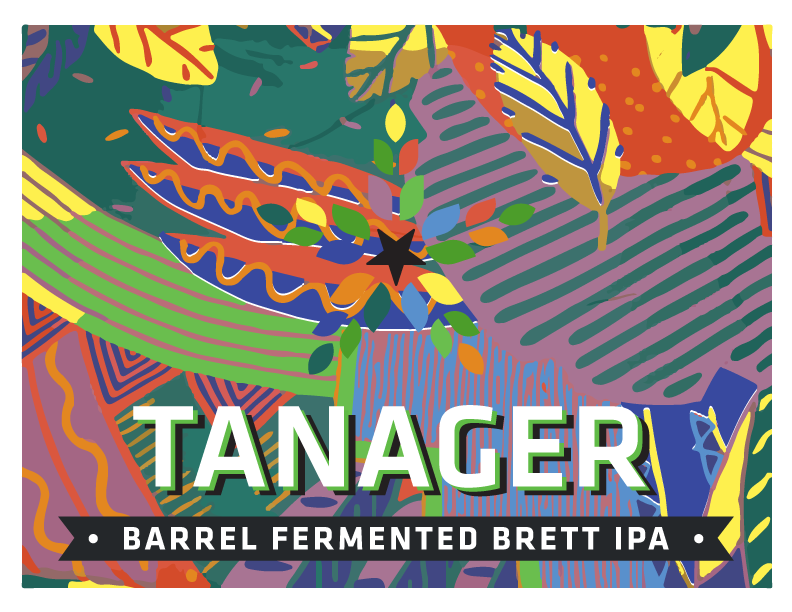 Whether you've heard it from our local weather forecasters or Punxsutawney Phil, this weekend's warm up seems supportive of an early spring. And for those who're looking to add some activities to these warm days ahead, we've got just the thing(s) for you.

Today at 5pm, we're kicking off the 2nd in a series of Fulton Gran Fondo pre-reg events. Sign up for this year's 100 mile or new 40 mile option and recieve a free beer. If you're hanging out for a while, we've got some of our favorite bike videos playing all night. 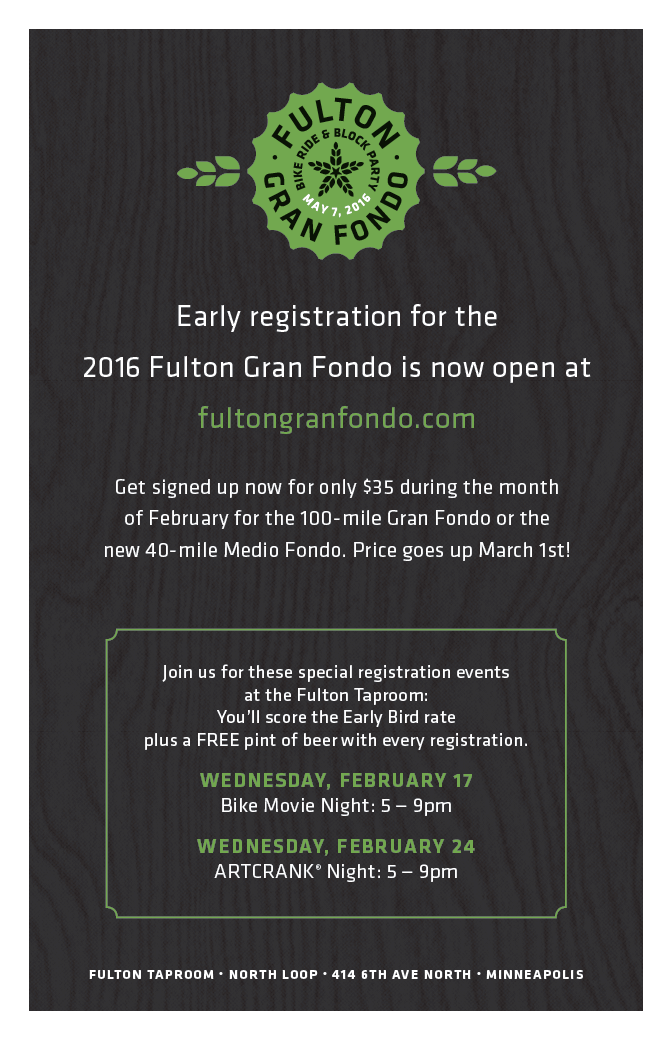 Weekend 3 of Art Shanty Projects is upon us. With warmer temps there's even more reason to spend the afternoon taking in one of Minnesota's most unique art events. 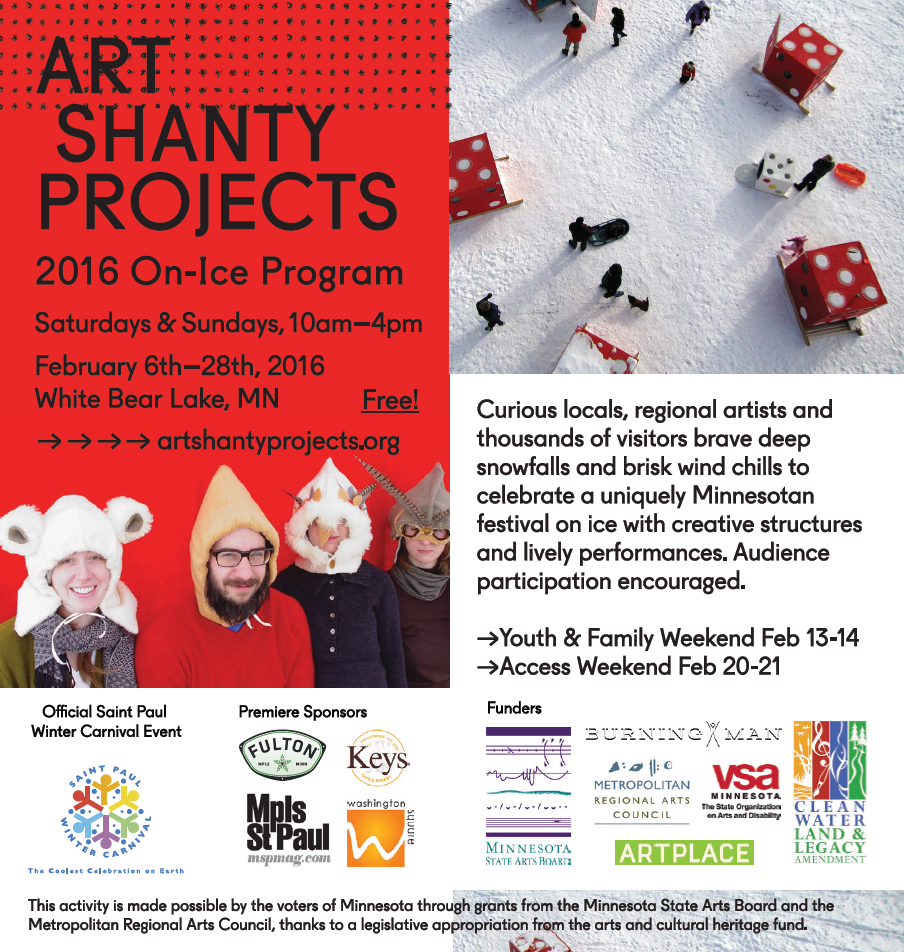 Speaking of Ice time, join the Fulton crew and DJ Mike 2600 Friday at the Depot Ice Rink for some beers, tunes and skating. 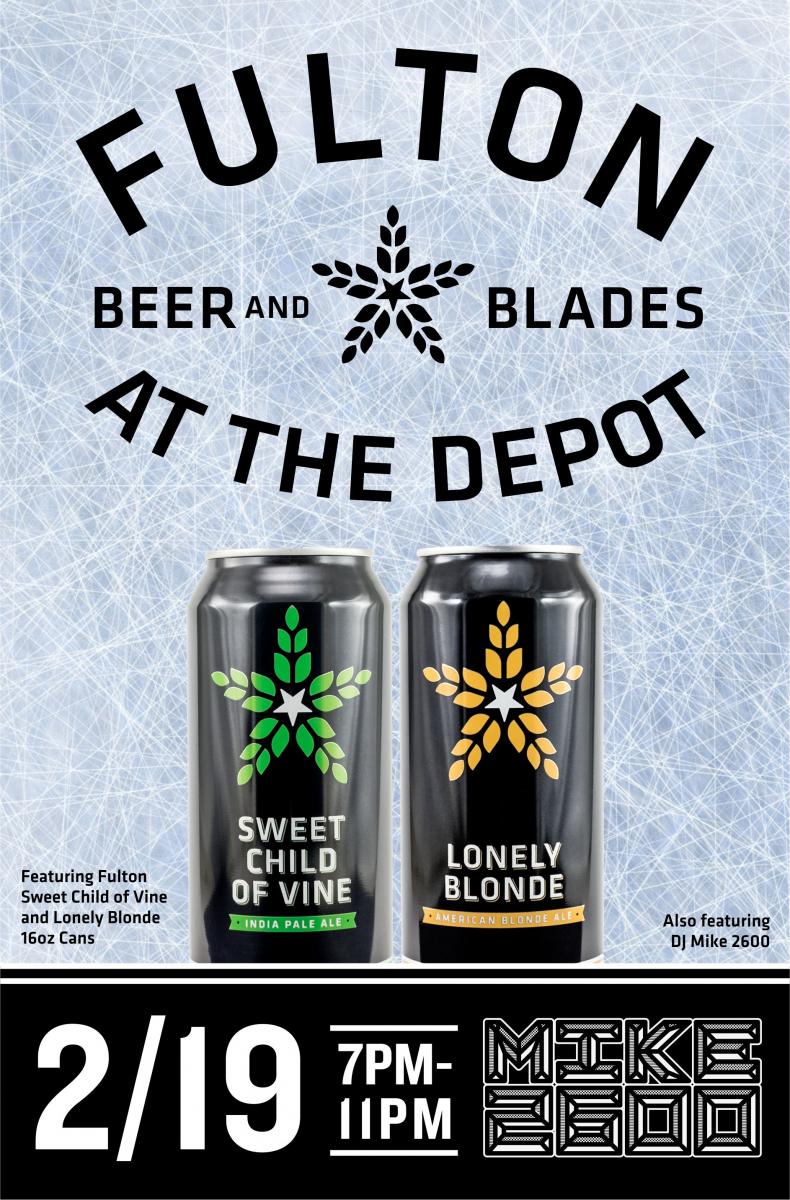 We're co-hosting a Craft Beer Carnival of sorts at one of our favorite North Loop neighborhood haunts, Darby's, on Saturday. With a little something for everyone ranging from games, live music and more, a good time is a sure thing. 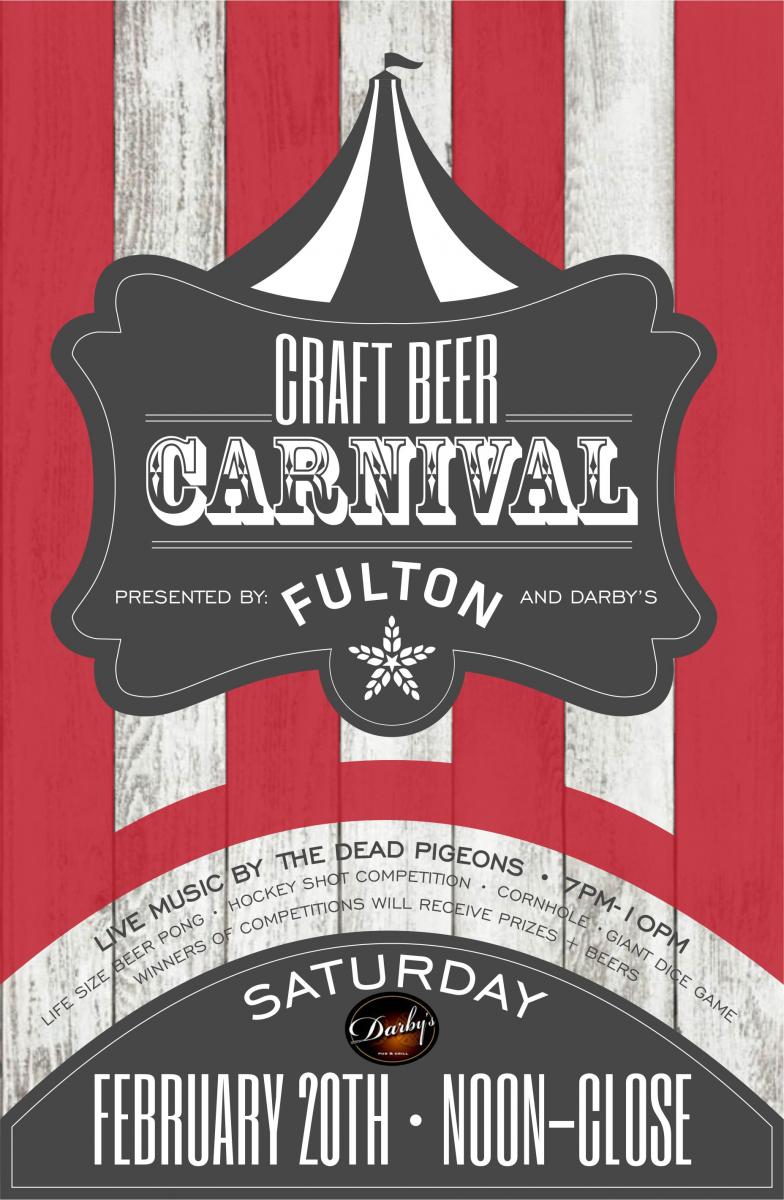 It's Thursday and we've got a little something for you from here through the weekend.

Tonight in the Fulton taproom we've got our buds at Bob Mitchell's Fly Shop hosting an open fly tie from 6-9. Grab a beer, saddle up with a new friend and get your tie on. Friends of The Mississippi will be in attendance too dropping knowledge on curious folks about protecting our beloved Mighty Mississippi. 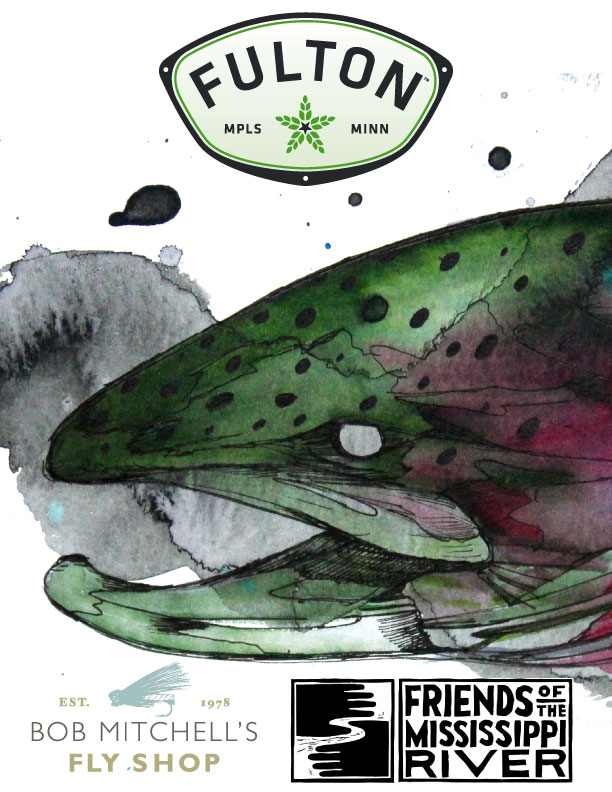 Attention all singles! We've reserved a barstool for one Saturday night at Pig & Fiddle for you. Don't go into this Valentines Day feeling blue because you're singular. Sit proud (or bar-slouch proud) with us beginning at 5pm. 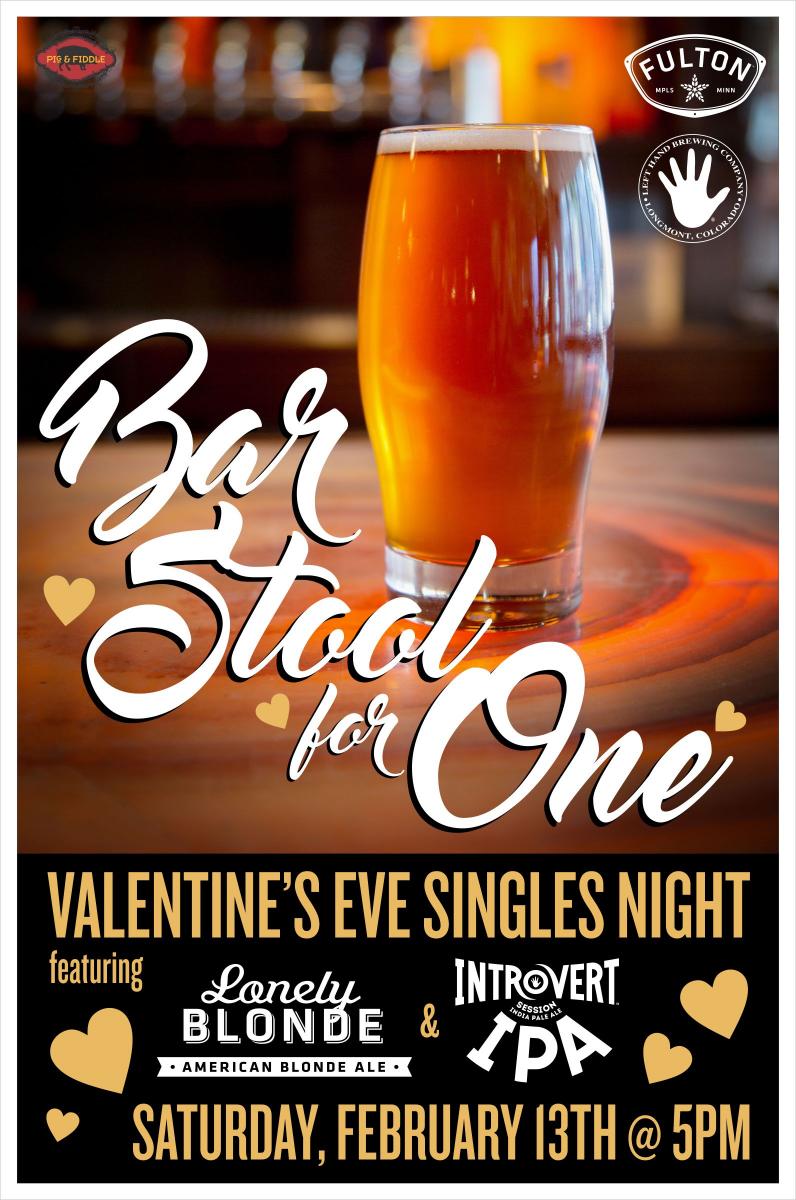 Another option for you Saturday night is the Shift The Search event (a social experiment of sorts) in the Fulton taproom. This is a ticketed event, get them here.

And Sunday from 3-5pm JT and Brendan of the Teddy Holidays will be playing (for free) in the taproom for weekend #2 of their February residency. 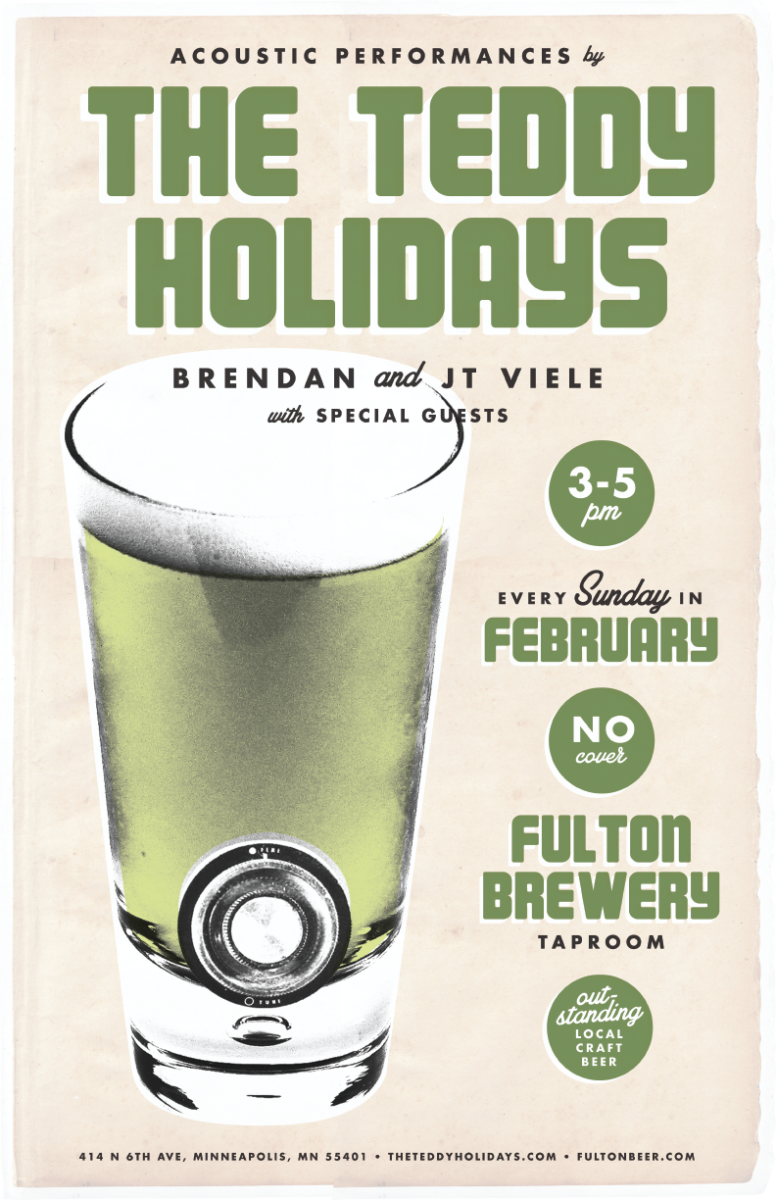 Planning to ride the Fulton Gran Fondo this year? We had a blast last year, and we're going to venture a guess that in 2016, it's going to be even more fun. This year's event will be held on May 7th -- less than 3 months from now. Earlybird registration is open now, and is just $35 until the end of the month.

You can register online, or if you're looking for something to do, swing by our taproom from 5-9 tomorrow (Wednesday) to register in person. We'll even throw in a free pint of beer if you come by to register. Hope you can join us!

For the first time, we are offering a medium-length route of approximately 40 miles. If you or your friends want to ride the Fulton Gran Fondo this year, but 100 miles feels like a bit much for a Saturday in early May, sign up for the Medio route instead! It's less mileage, but the same amount of fun. Or maybe more fun...after all, you'll probably get back to the party and the beer before the 100 miler riders. Sign up is here. 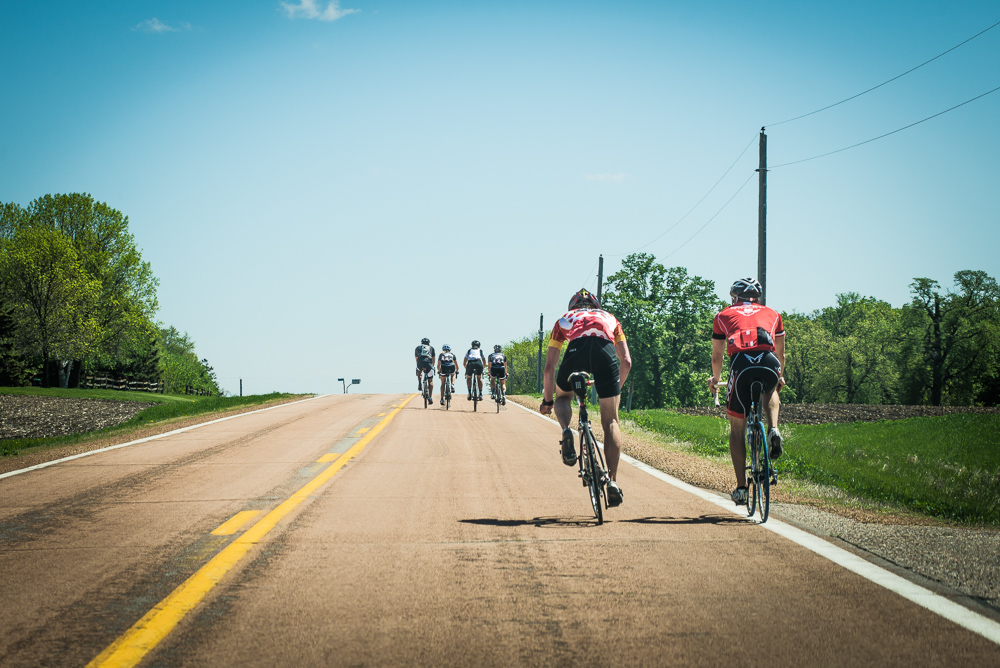 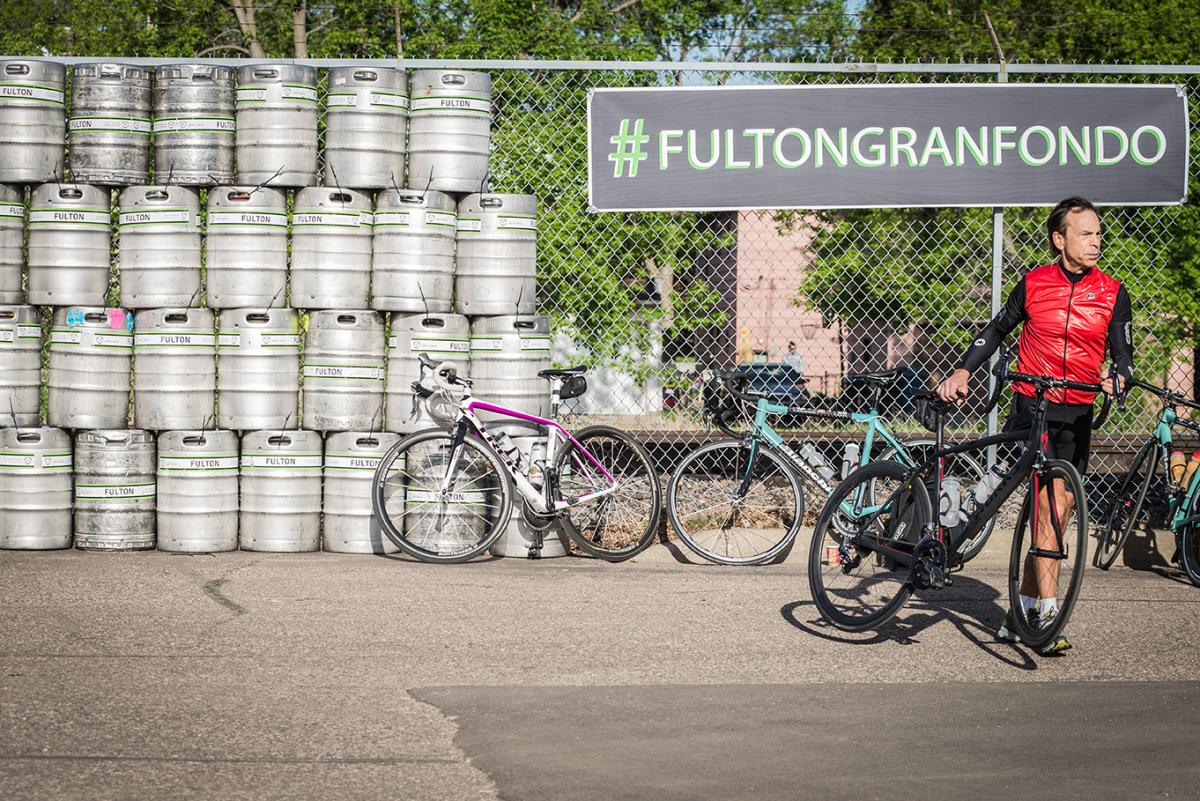 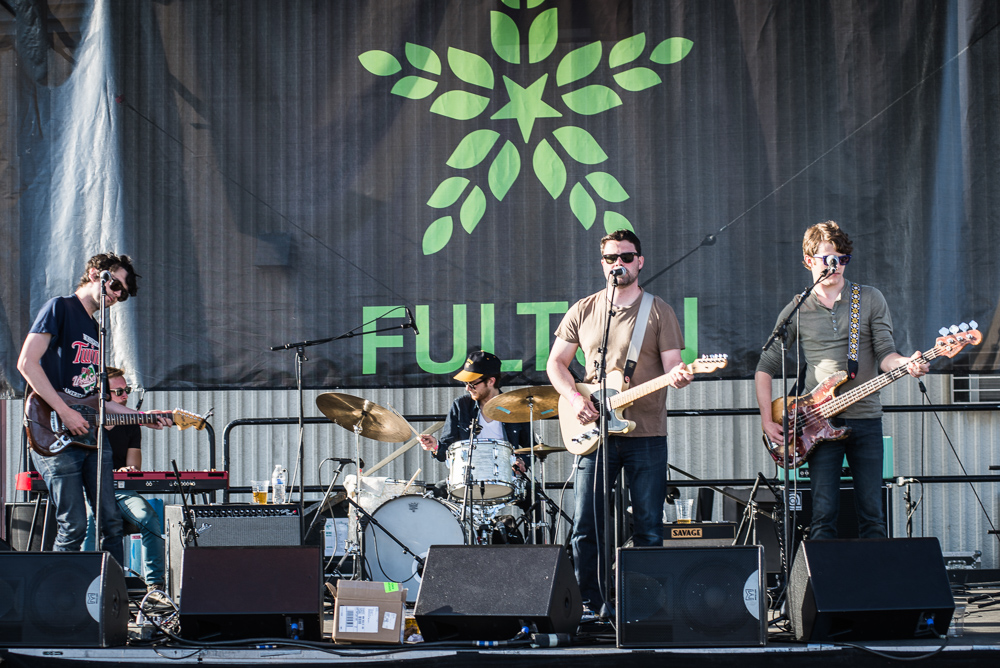 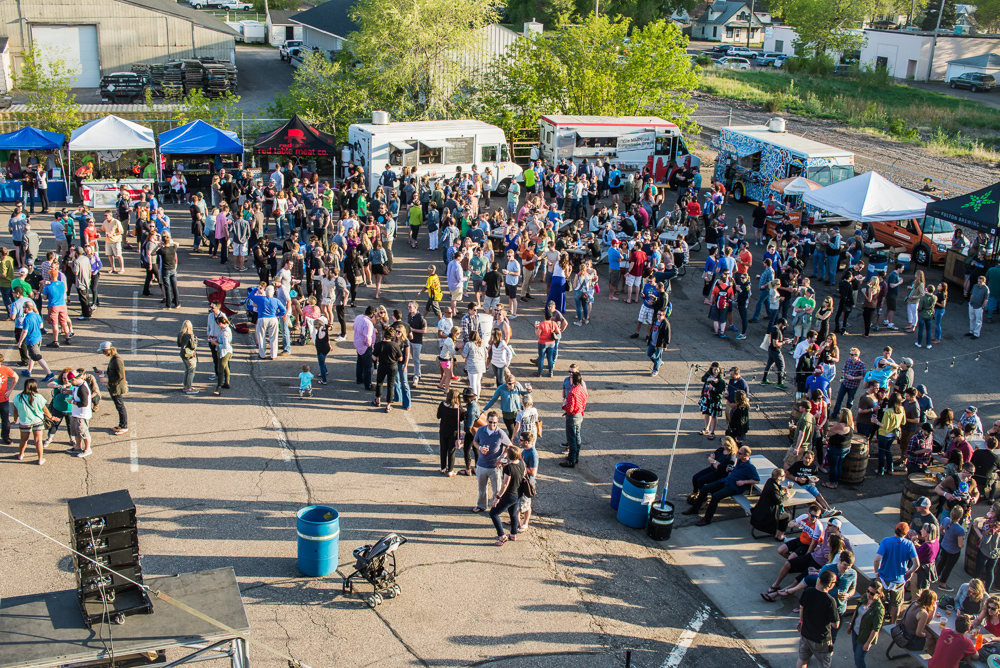 Now that it’s February and your New Year’s resolutions are in the rearview, it’s time to get back to having fun! And since you can’t spell Fulton without F-U-N (sorry, we just gave up on our New Year’s resolution to not make lame ‘dad jokes’ in 2016), we think your perfect solution for having fun is drinking beer with us. And we’re not just talking weekend beers, either: our taproom will be open 3-10 every Tuesday from now through forever.

To commemorate this newly discovered taproom drinking day, we’ve crafted an all-new Session IPA entitled Eleven O.G., which we’ll tap for the first time at 3:00 tomorrow in—you guessed it—our taproom. At 4.7% and 50 IBU, Eleven O.G. has been engineered to highlight all the hops you can handle, while remaining perfect for weekday drinking…or weekend day drinking. (We’ll get back to you on that this weekend).

Although we’ve heard it’s possible to survive for a month on a diet of beer alone, we wouldn’t recommend it, and we certainly don’t think we—or you—would enjoy it. As a far more pleasant alternative, we’ve come up with the February Food Truck Residency program. Each week in February, our taproom will feature one of our favorite food trucks in residency for one consecutive week. Up this week is Gastrotruck. Next week we’ll have Potter’s Pasties, and the week after that Kabomelette rotates in. Simple Steve’s will lock down the last week of the month. These are some of Fulton’s favorite, longest-tenured, and most popular food truck partners, so break out of the February doldrums and swing by for a beer and a bite this month.