DEATH OF THE GROWLER 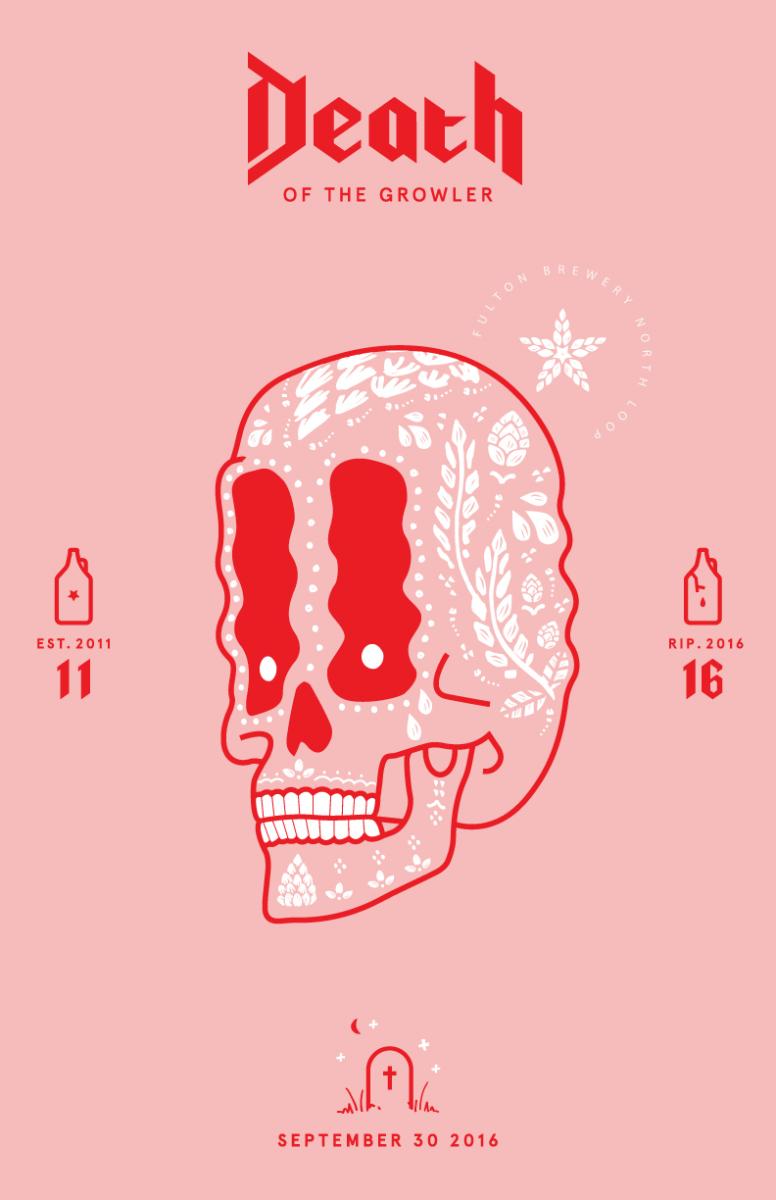 Five years ago, in November 2011, we sold our first growler. Then-mayor of Minneapolis RT Rybak was the first cutomer, and though we don't remember for sure, odds are his growler was filled with Sweet Child of Vine. We had just helped write the Minneapolis law that allowed our city's packaging breweries to sell growlers in the first place. It was a different time in the Minnesota brewing industry. There were still only a couple dozen breweries in the state, and taprooms, though recently legalized, were not yet a thing. Fulton's taproom, which would become the first in Minneapolis, wouldn't open for another four months.

Growlers were a very good thing -- and still are, for the breweries who can still sell them. When Fulton started selling growlers in late 2011, we'd only just begun selling Lonely Blonde and Sweet Child of Vine in bottles, and distribution was limited. And it would be a long time before other favorites like Ringer, Worthy Adversary, and Libertine were available in bottles, so for many people, picking up a growler was the main way to get their favorite Fulton.

Except for Pete and Mikey, who had just become Fulton's first two full-time employees, we were all still at our day jobs. We (and our wives and siblings and parents and aunts and uncles and friends) would come to help clean, sanitize, and fill growlers on Thursday nights, and often again on Saturday morning because we'd be almost out after Friday night. It was exhausting and exhilarating at the same time, and absolutely crucial to propelling Fulton's growth. Within a few months, we'd opened our taproom and quit our day jobs.

By 2013, Fulton and some brewery friends formed the Minnesota Brewery Association, a lobbying group for packaging breweries that succeeded in raising Minnesota's "production ceiling" for breweries to be able to sell growlers from 3,500 barrels to 20,000 barrels a year. (The production ceiling that limits growler sales is in reference to a brewery's total output, not the amount of growlers they actually sell. That number is also restricted, to 500 barrels annually, and has not changed).

The 2013 law change allowed Fulton growlers to survive a few more years, but ultimately the production ceiling killed the Fulton growler nonetheless. This year, Fulton will sell over 25,000 barrels, and even though growlers are a small percentage of that, every growler sold still matters to Fulton. Unfortunately we've exceed the state production ceiling, and after Friday, September 30th, we will no longer have a brewery off-sale license, which means no longer will you be able to buy 64 oz growlers to take home. The same goes for 750 mL bottles, too.

Fulton is the first brewery to lose growler sales under the increased production ceiling, but likely won't be the last. Will the law ever change again? Will Fulton growlers be resurrected? How many more brewery growlers will die? Nobody knows the future for sure.

Don't worry. Despite our loss, we're not going to get all morose on you. We'd rather celebrate a life than mourn a death.

You're invited join us tomorrow (Friday, September 30th) as we celebrate the growler's life and death. Eleganza will be playing on and off from 6-9pm. We have some very cool and very limited commemorative posters and t-shirts available. And of course, growlers will be for sale -- although just like the life of Fulton growlers in total, our growler supply for the final week is going away too quickly. If you'd like to buy one final growler or 750 tomorrow, get here quickly -- we will run out.

You may still return your Fulton growler to the taproom after September 30th; we will redeem you one pint token for each. Aside from the absence of growlers, our taproom will continue to operate as normal. 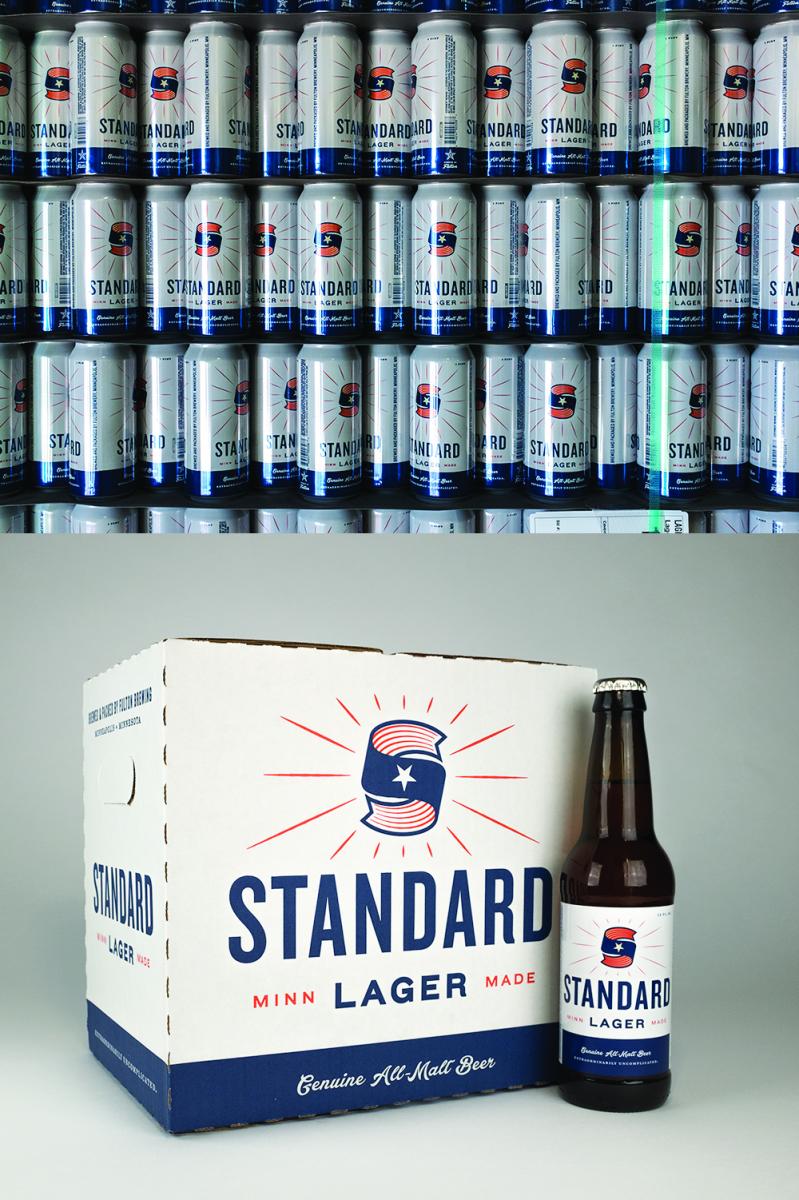 Beginning this Monday, 10/3, our brand new Standard Lager finally makes its debut in bottles and cans across the Twin Cities metro as well as central and southeast Minnesota. Standard is a full flavored, all-malt lager that's not watered down with adjuncts like rice or corn; as we like to say, it's "extraordinarily uncomplicated." It's that perfect beer for your friend who's not ready to move up to a Lonely Blonde (or a 300) yet, or for when you want something in your fridge that you and your father-in-law can both enjoy.

The bottles are 12 oz 12 packs, and cans come in 4 packs of 16 oz pounders. Standard will hit the remainder of Minnesota in later October and November. Now you can make it a standard in your fridge.

MOTO WHAT? MOTOSOTA. THIS SATURDAY. 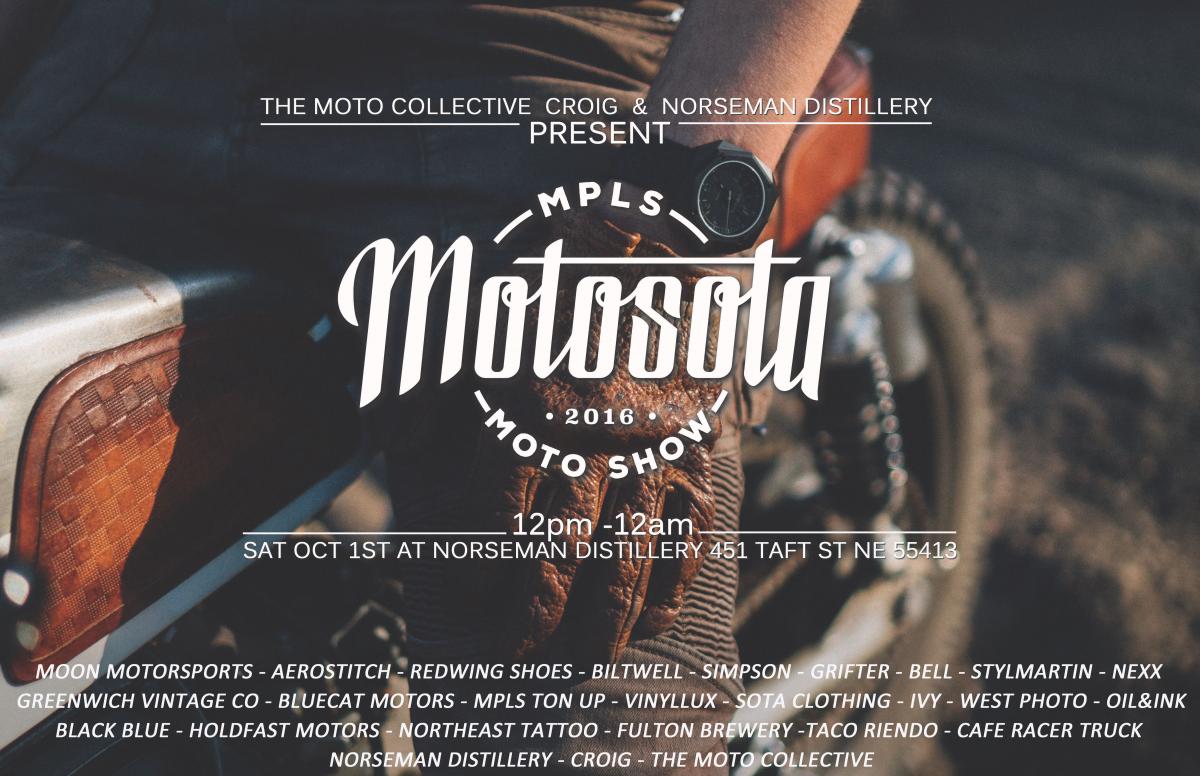 ​It's a party. It's a bike show. It's a good time outdoors while the weather is still holding out. Pretty much anything would be more fun than raking the leaves in your backyard -- so why not turn that anything into a something that's legitimately cool, like scoping out cool motorcycles, chilling with some live music, hanging with cool people and sipping on craft beer & cocktails all the while?