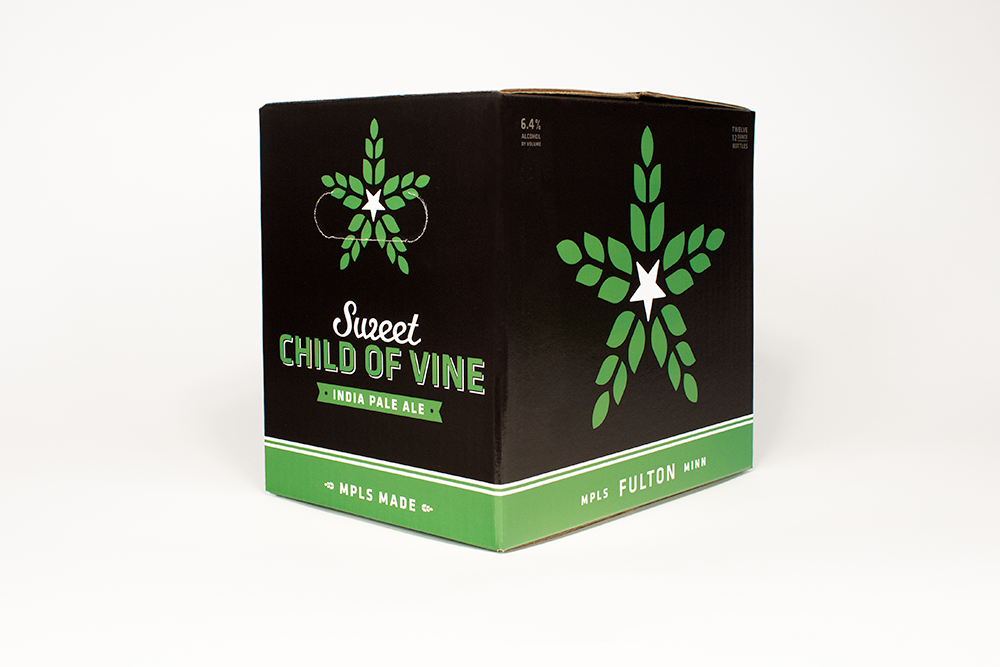 A: Taking home twelve of them.

Over the last six years or so, Lonely Blonde and Sweet Child of Vine have emerged as two perennial favorites everywhere and in every format Fulton is found: in our taproom, on draft, in six pack bottles, and most recently, in cans. So, to borrow a line from one of our favorite songs, “where do we go now?”

Twelve packs, of course. Why are twelve packs such a big deal? Lots of reasons. It’s easier to carry one twelve pack than two sixers (leaves a hand free to carry that bottle of bourbon). Twelve pack bottles are the ideal format for your next gathering, whether it’s the Super Bowl, a trip up north, your brother-in-law’s birthday party, or a Valentines Date with that special someone who has great taste in beer and is particularly thirsty that day. And thanks to some economies we pick up along the way, we’re able to get your Blonde and Sweet Child 12-packs to you at a better per-bottle price than you normally find your six packs. You’ll be able to find your twelve packs in most liquor stores that carry Fulton by the end of January. 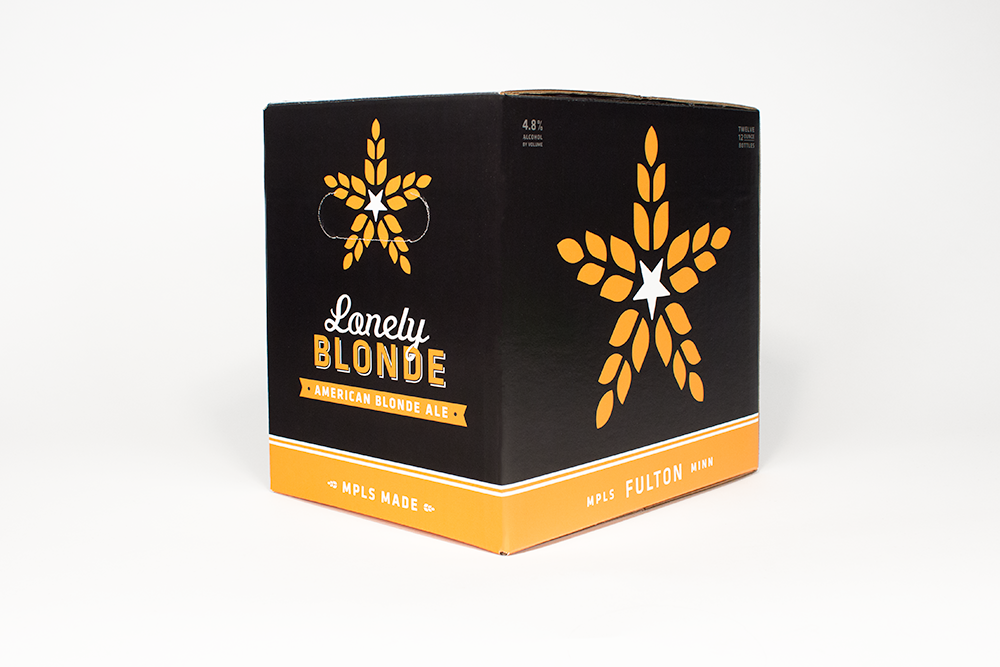 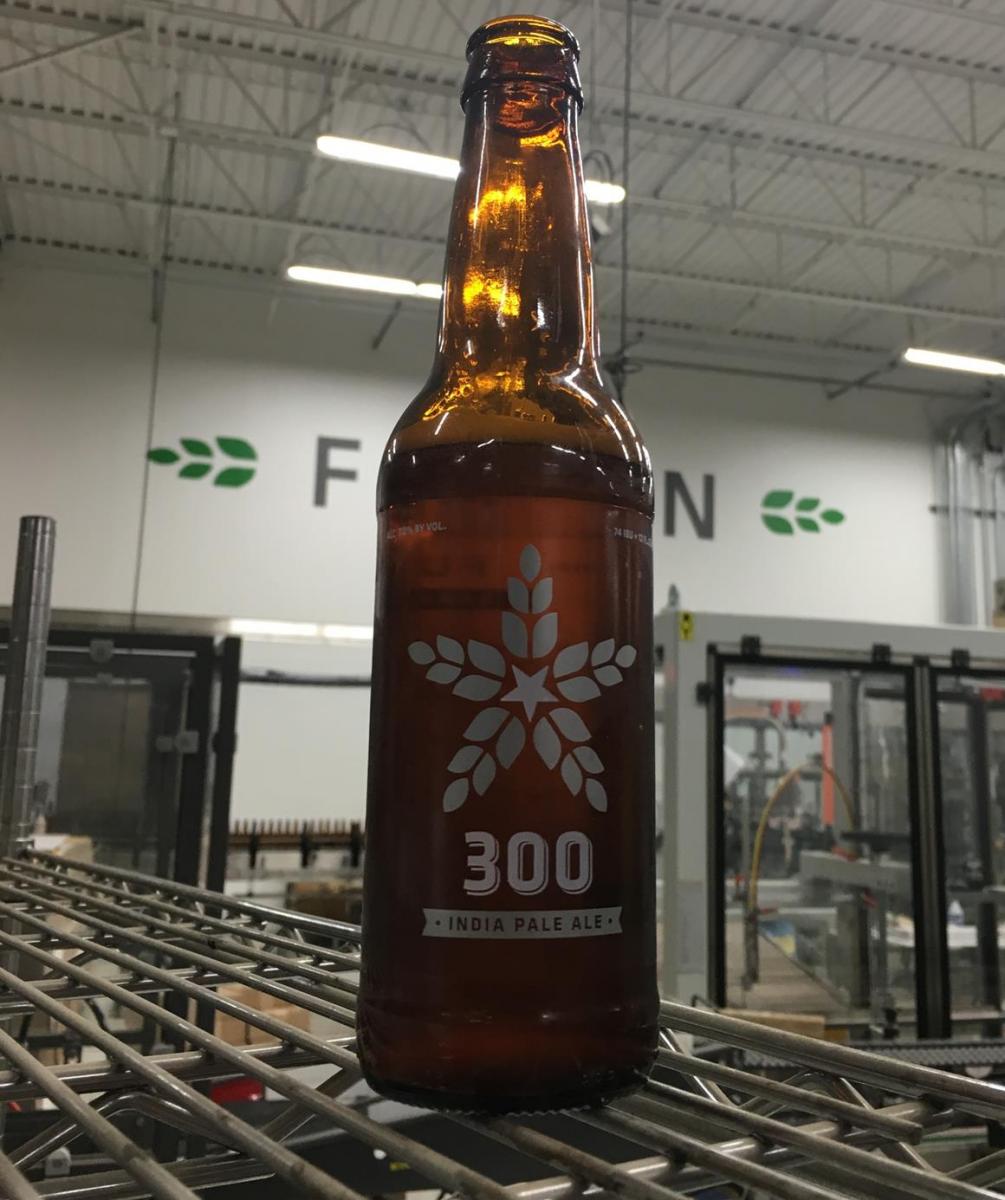 Speaking of popular beers, never have we brewed a beer more requested—demanded—than 300, our Mosaic-hopped West Coast IPA. We first brewed it as “Batch 300” way back in the fall of 2013 to commemorate the 300th batch in our downtown brewery. The draft-only batch was intended to be a one-off, but it left such an impression that everyone from our taproom regulars to Fulton employees to our parents (!) kept asking—begging—us to brew it again. So we brewed another, bigger batch in mid-2015, this time dropping the word “Batch” from the nomenclature and brewing just enough to bottle some. It won a Charlie Award for Best Local Craft Brew this time, and again, everywhere 300 went, it sold out in a matter of days. “That’s a good thing,” you may say, and you’d be partially right, except what happens when we all want some more?

Until just a few weeks ago, we didn’t have a good answer to that question. The problem with making more 300 is that it requires copious amounts of Mosaic hops to produce, and Mosaic are very difficult hops to source in meaningful quantities. We barked up a lot of trees in search of more, with not a bit of luck…until one of our suppliers in the Yakima Valley came through late in 2015. As soon as we got the call, 300 was back on the brew schedule. Better yet, this time’s it’s permanent: starting right now, 300 is in Fulton’s year-round lineup. Where to get some? You can get your first pint of 2016 this Saturday, January 16th, in two places: at the Icehouse #MPLSBEERBRUNCH, or at our taproom. After that, you’ll begin to find it across our distribution footprint. It will be draft only for the first few months of 2016, and starting in Spring, 300 will return to six-pack bottles as well. 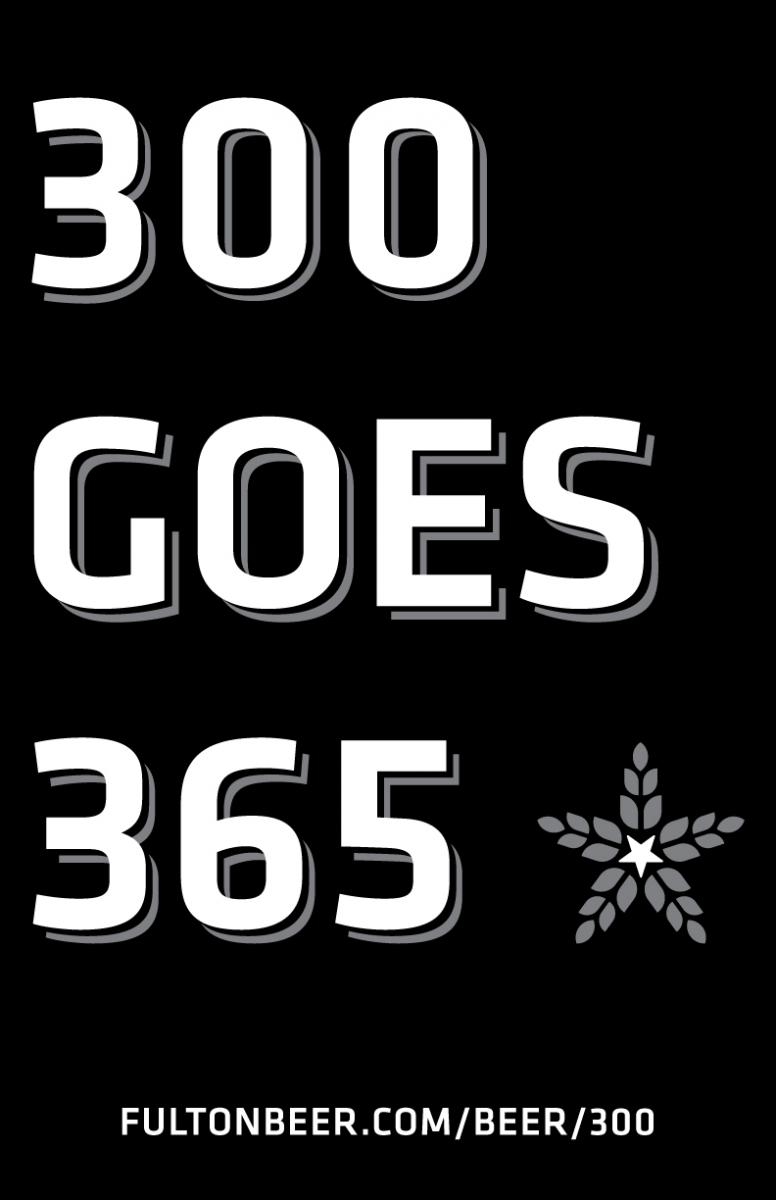