War & Peace: it’s the beer that needs no introduction, but it gets one anyway. Our imperial coffee stout grew from a humble beginning in 2010. That year, we pulled four firkins from our first-ever tank of Worthy Adversary Russian Imperial Stout, and infused each one with a half-pound of whole bean Peace Coffee Guatemalan Dark Roast. Combining a rich, roasty imperial stout with the bittersweet notes of dark roast coffee seemed like a can’t miss proposition, but the first time we tapped a cask, it was even better than we hoped. The casks were gone all too soon, so we randallized a few of the remaining kegs of Worthy Adversary with the same Peace Coffee Beans. (For those not familiar, a “randall” is essentially a filter filled with an infusion agent – often whole-leaf hops, but in this case, coffee beans—placed inline between a keg and the draft tower). Once again, we were blown away by how good the combination was. We decided it had to come back, not just as an offshoot but as its own beer in our lineup. 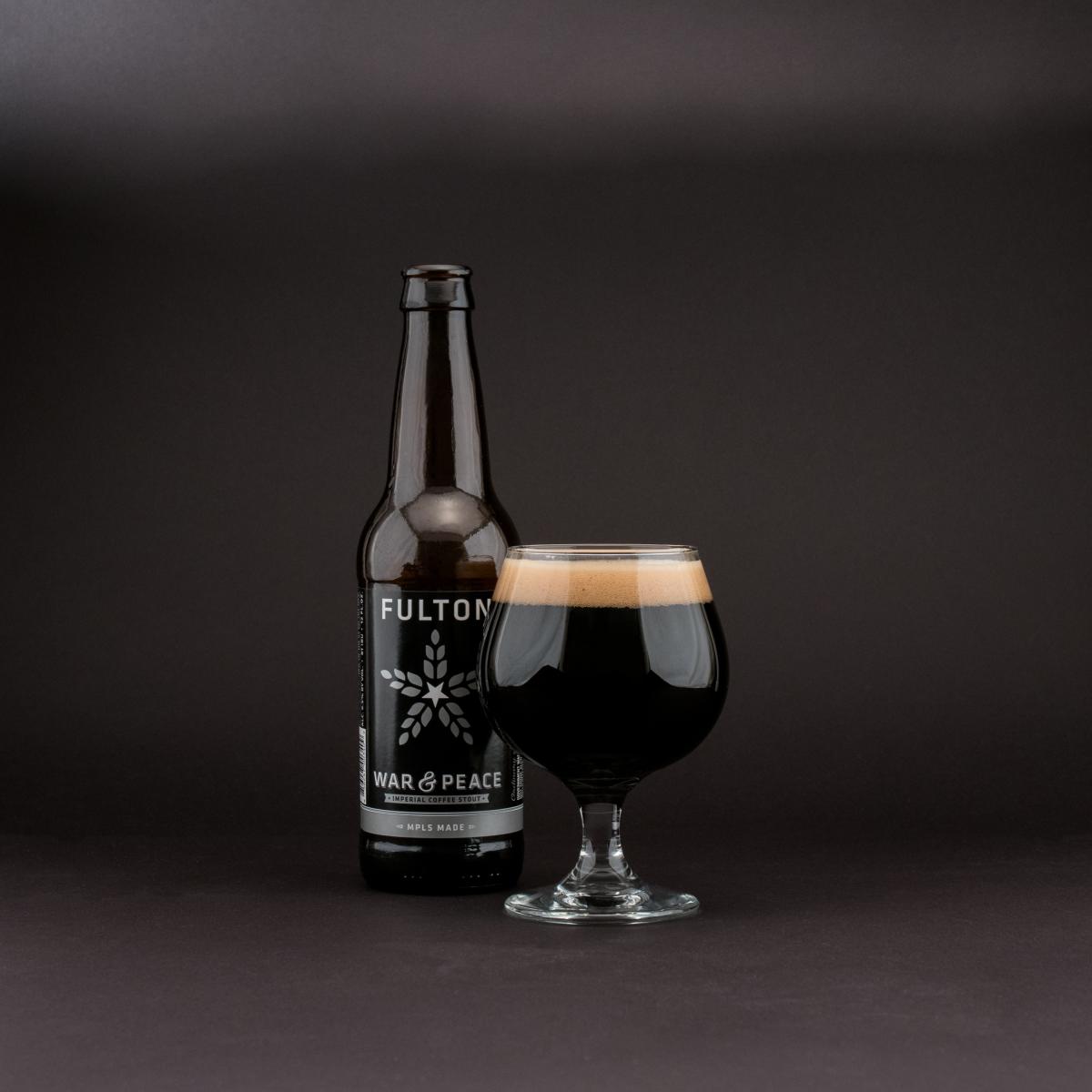 What makes War & Peace special? It isn’t just a stout with coffee added; it’s an entirely new beer. All aspects of the beer are transformed by the coffee. The dark roast aroma leaps from the glass. The acidity of the coffee provides a counterbalance to the sweetness of the 9.5% stout, while the subtler notes of the beans round off the roasty character that roasted barley, Midnight Wheat, and chocolate malt contribute to the beer. The head is darker and creamier; even the mouthfeel is richer.

War & Peace has become Fulton’s most beloved seasonal release, and this week, it’s available in our taproom, on draft in bars and restaurants, and in bottles. If you take home a four-pack, we suggest drinking it sooner than later. While an imperial stout such as Worthy Adversary will age very well, the delicate coffee oils in War & Peace subside relatively quickly. The beer will still evolve and be enjoyable as it ages, but the coffee character will be diminished. 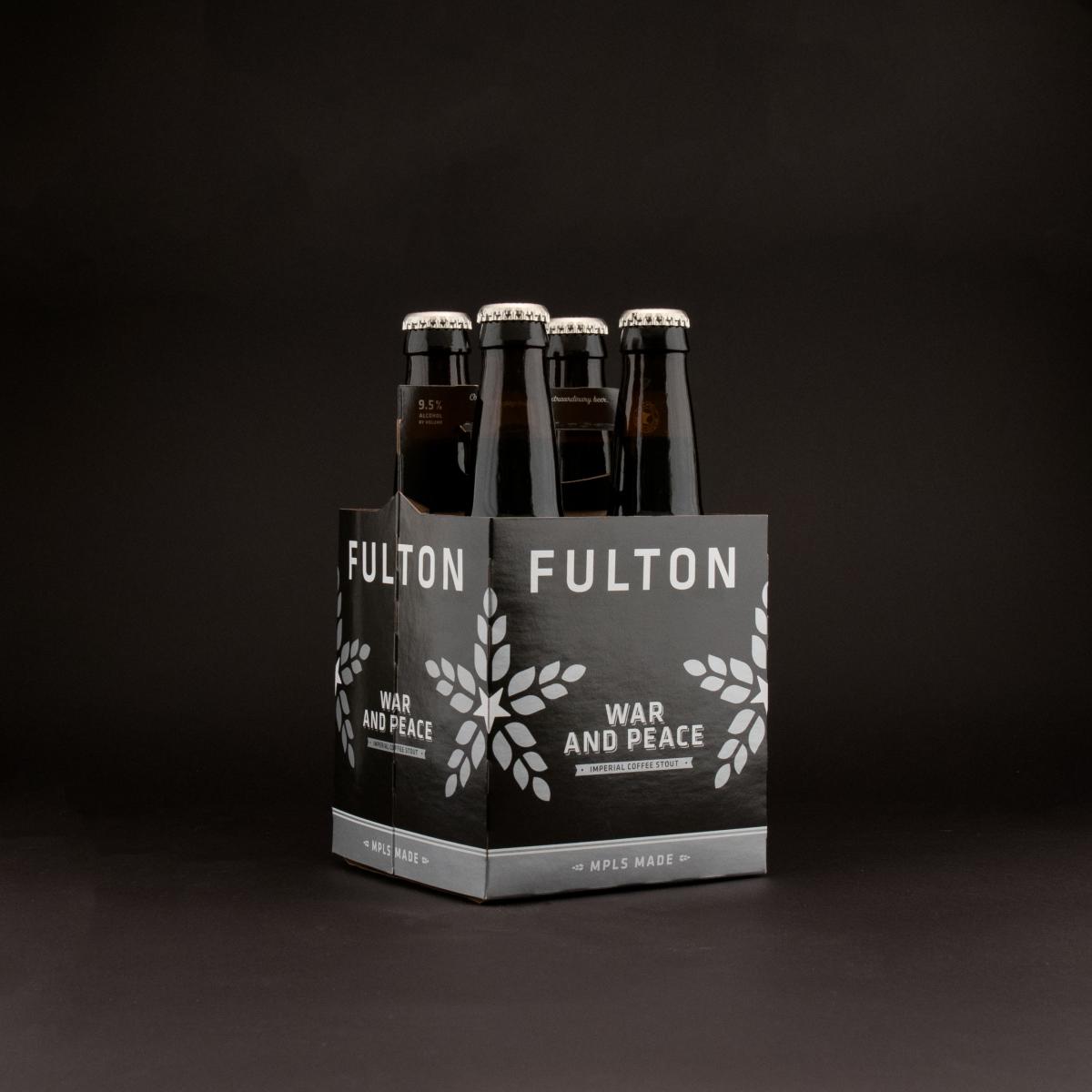 Fulton has made it's way into the nominations for Growler Magazine's Kind Of A Big Deal awards for 2017! And, not once, not twice, but 3 times! We've got Lonely Blonde in the American Blonde Ale category, 300 is representing in the IPA category, and our newest year-round beer HOPSTAR, is in the mix for Session Beer. So Fulton supporters, we're asking you to click on over to The Growler's voting page and show us a little love. Voting ends November 13th, so don't miss the chance to cast a vote for your favorite (Fulton, wink wink) beers. 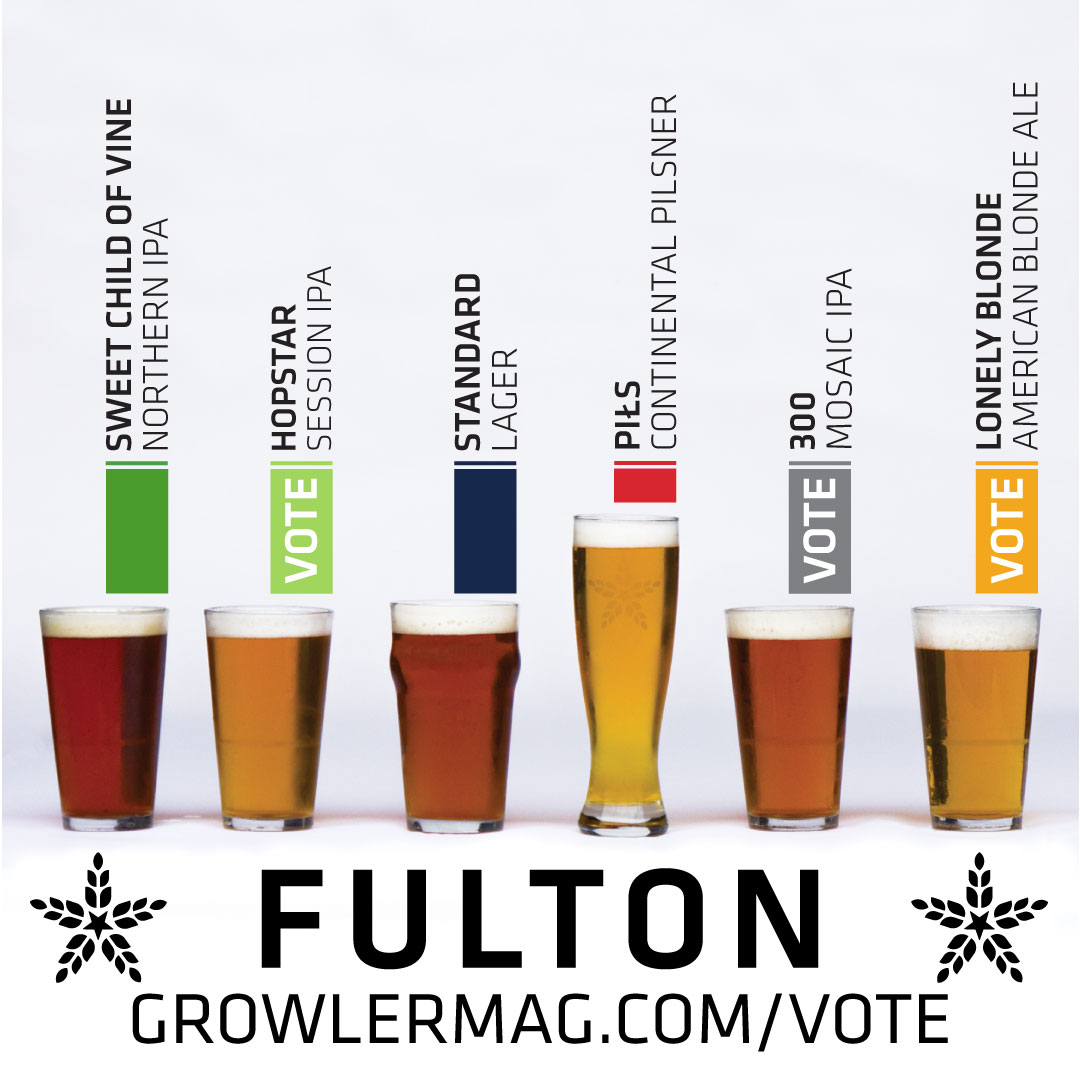