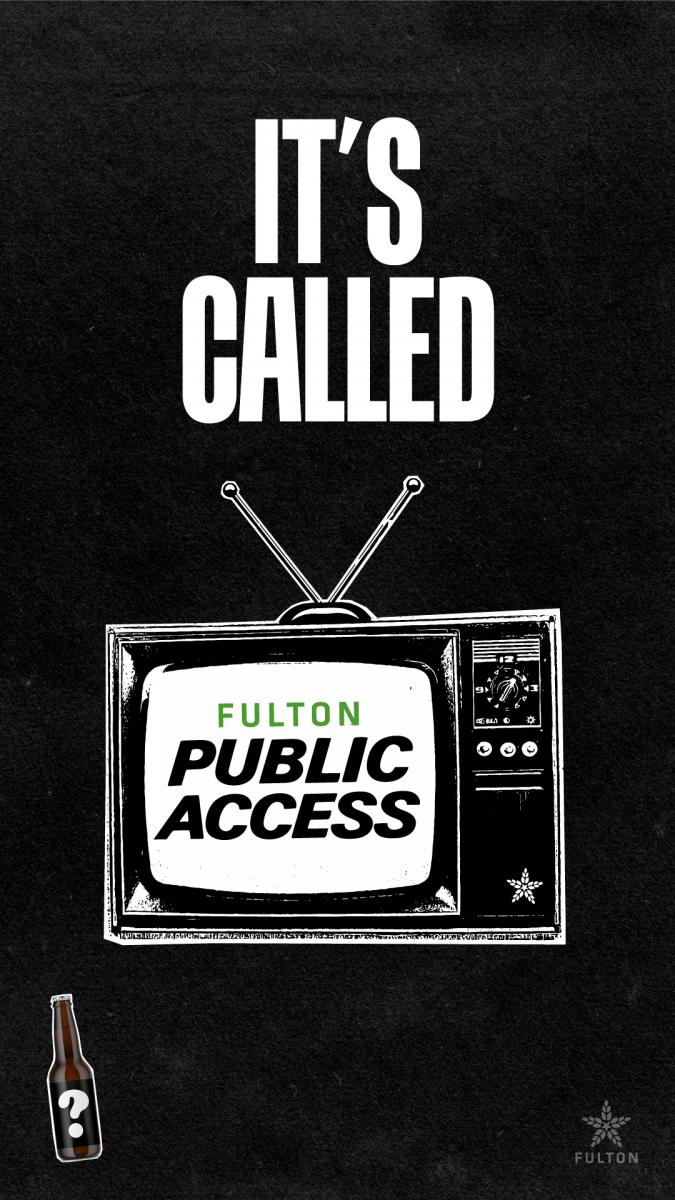 The Beers I Bought

Way back on the first day of the new year (which feels like eons ago already) we dropped the first episode of our first show on what we are calling Fulton Public Access. Today we released the second episode. The show is called "The Beers I Bought" and we wanted to give you a little background on it.

Ever wanted to know what lager your fave chef drinks while they're cooking? Maybe you've been curious about trying something new but looking for recommendations? Or perhaps you just need a few laughs while infinitely scrolling Instagram. Whatever your motive our new show "The Beers I Bought" should be right up your alley. Depending on the episode it'll be at least one part comedy, one part local notoriety, and  6 parts beer. We'll be airing episodes periodically this year with familiar faces from the Twin Cities.  You can watch Episode 2 below or follow us on Instagram and be sure to see each episode (and other features!) when they go live.

Old news? You probably already know we reopened for indoor seating a couple of weeks ago (you knew that, right?). We're super excited to welcome you all back indoors with us! So get yourself a reservation for inside or outside, mask up, and come visit us for a familiar good time just like the good ol' days of taproom hangin'. Our kitchen is open, we've got new beers (Pale Ale Project and Lagerstar) and we installed some space-age technology into our HVAC system to help #StopTheSpread of everyone's arch-nemesis: the virus.

We're doing our best to help you breathe easier (figuratively and literally). We hope to see you soon. 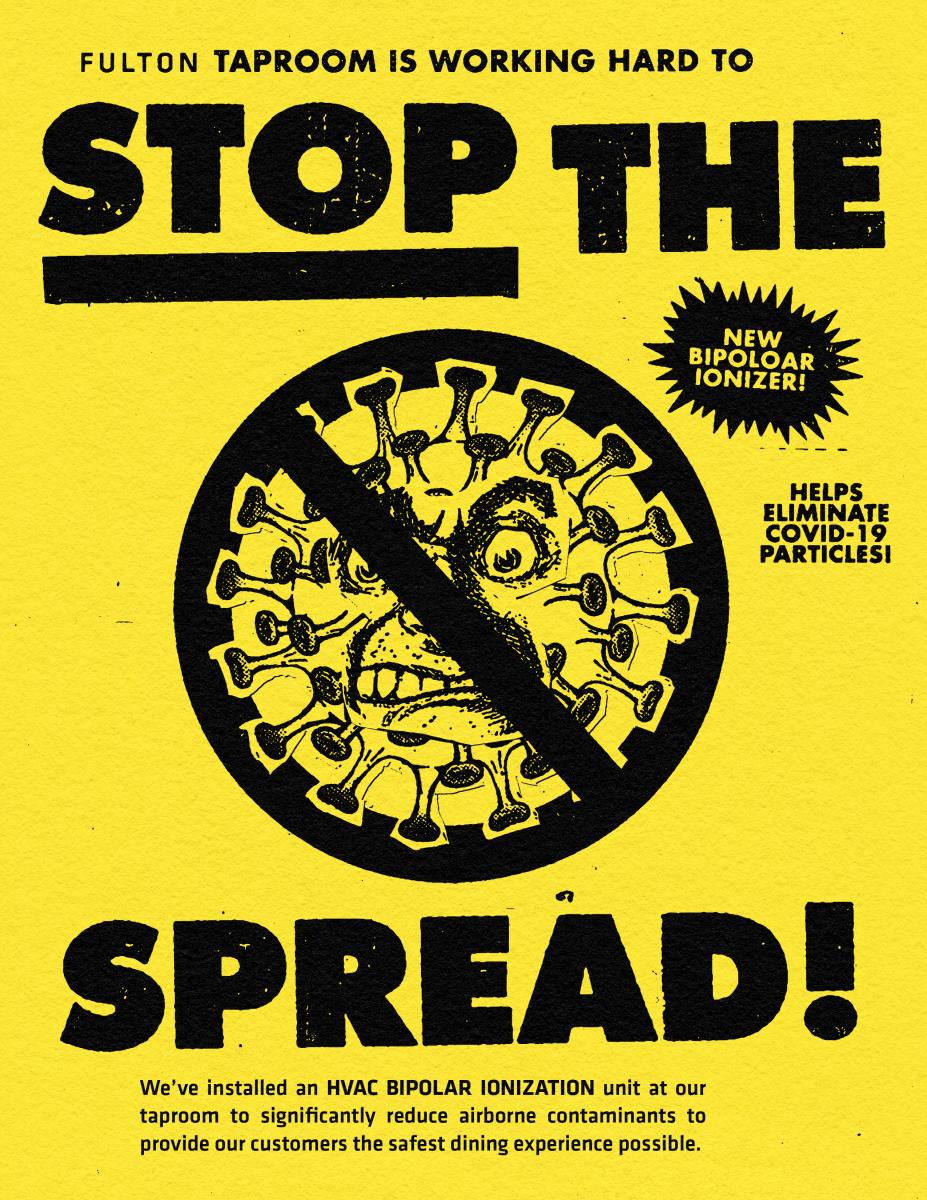 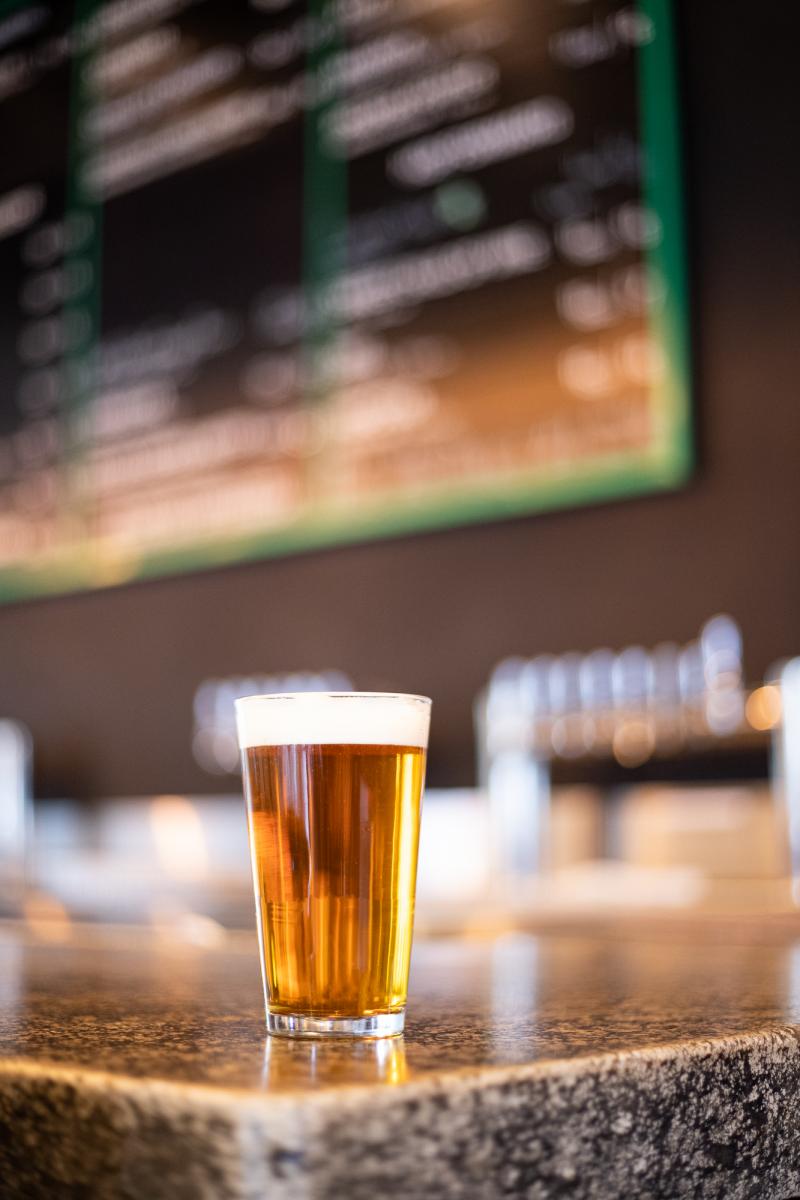 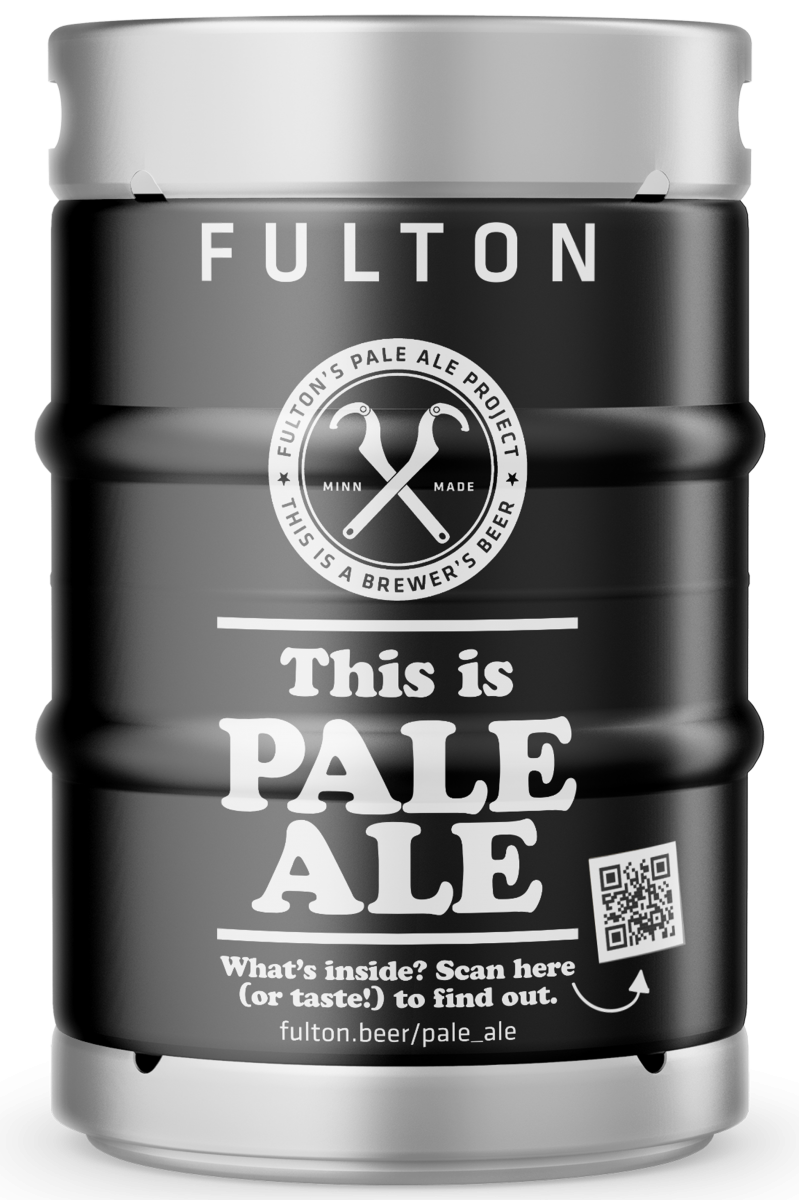 Ask a large enough sample of brewers and chances are a bunch of Pale Ales will come out on top. It’s certainly true at Fulton. Some of our very first homebrews were Pale Ale, and each of us can trace our earliest craft beer crushes to a Pale Ale or two. And if you sneak into our houses (that’d be weird, please don’t) you’ll find a few in our fridges or at least our recycling bins.

When we visit other breweries, the first beer we’ll look for on the menu is a Pale Ale. The style is a bellwether of sorts. Much like IPA, Pale Ales are a canvas for hops artistry. They can be packed with layers of flavor and aroma, yet they require balance and restraint and are far less forgiving of flaws than IPAs. If a brewery can nail a Pale Ale, you can bet pretty much anything else they brew is going to be spot on as well.

Simply put -- Pale Ale is the quintessential American craft beer, arguably deserving of more credit for the success and growth of our industry than any other beer style. And in an era when breweries seem to be using more candy and cereal than malt and hops in their beers -- we think it’s time to rediscover the Pale Ale.

If you’re still with us, you’re probably thinking: yeah, it’s about damn time Fulton started brewing a Pale Ale again. Glad we can agree on that! But rather than trying to settle on just one recipe, we created the Fulton Pale Ale Project. By definition, the Pale Ale Project is about experimenting and iterating on one of our favorite beer styles, while utilizing only the four traditional categories of beer ingredients: water, malt, hops, and yeast. We’re concocting a litany of expressions of the style, from using some of our favorite Southern Hemisphere hops, to introducing engineered yeast strains, to old school iterations featuring venerable hops like Cascade, Centennial, and Columbus. It’s part brewing plus one part mad science plus zero gimmicks equals all delicious and all fun.

The best news? The delicious and fun part starts now. To celebrate our taproom brewery reopening (again), our first version is on tap in the taproom right now. We’ll be using our newly commissioned 3 barrel taproom R&D brewhouse to continuously churn out new iterations; expect to see one or more on tap at any given time this year. Some will be here and gone in a week; others will be around longer.

The taproom is only the beginning, though. Every few months, we’ll be releasing one of our favorite versions in 6-packs of bottles. The tricky part? The six-packs and labels will change colors with each release, but we’re not printing all of the specifics of each brew on the packaging, so you’ll have to check the Pale Ale Project beer page here on our website to learn more about what’s in each one. The first packaged version will be hitting liquor stores in March. 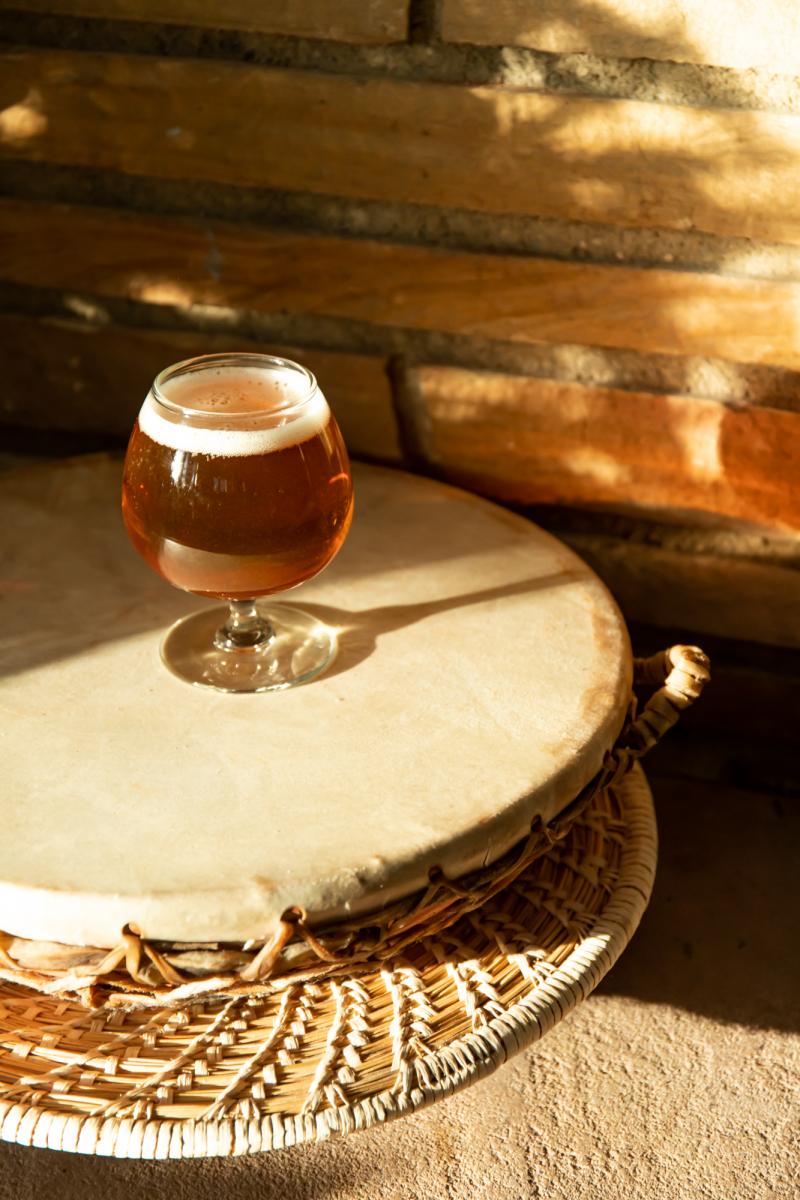 We're super excited to welcome you all back indoors with us! So get yourself a reservation, mask up, and come visit us! 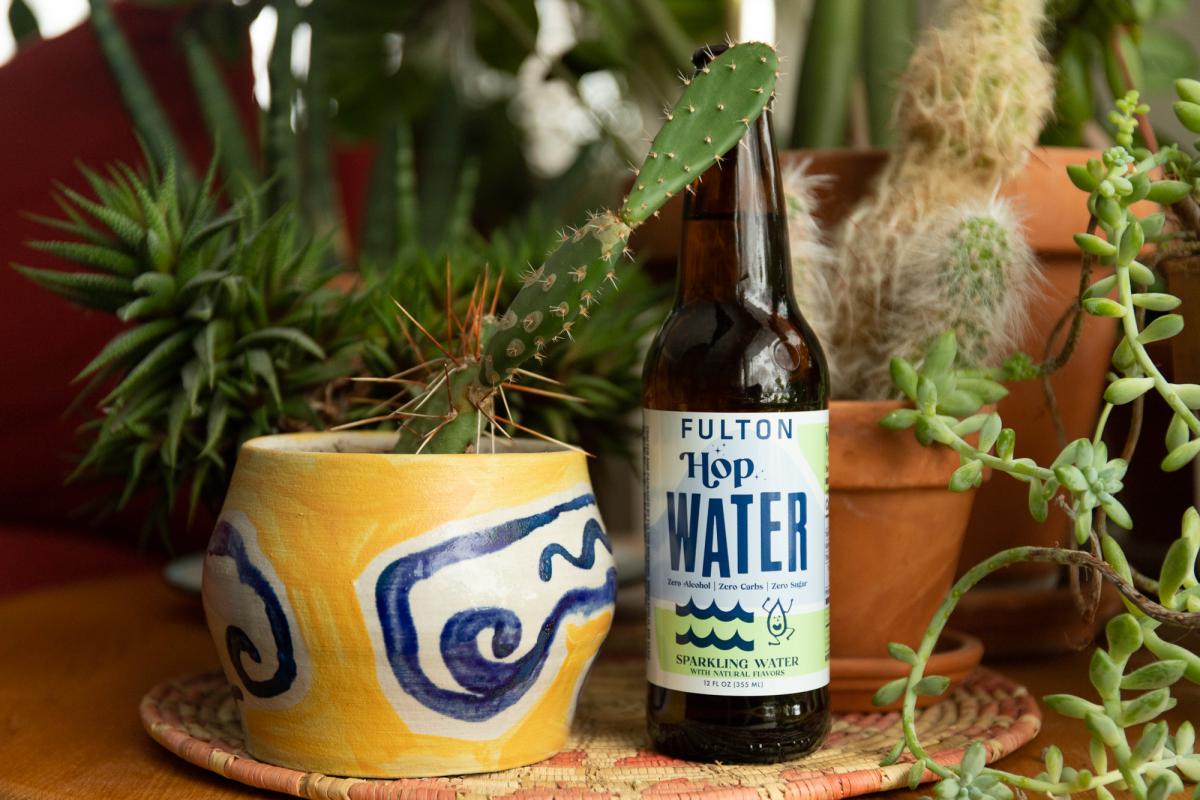 THRIVING IN THE "DRYNESS" OF JANUARY

There's no reason to go thirsty in January when you're drinking with Fulton. Our non-alcoholic Hop Water recently hit our distribution channels, and just in time for those who might be taking a 'lil break this month. But whatever your reason to pick up a Fulton Hop Water, you can kick 'em back without any hesitation knowing that it's zero carbs, zero sugar, and zero alcohol. Zero never tasted so good. 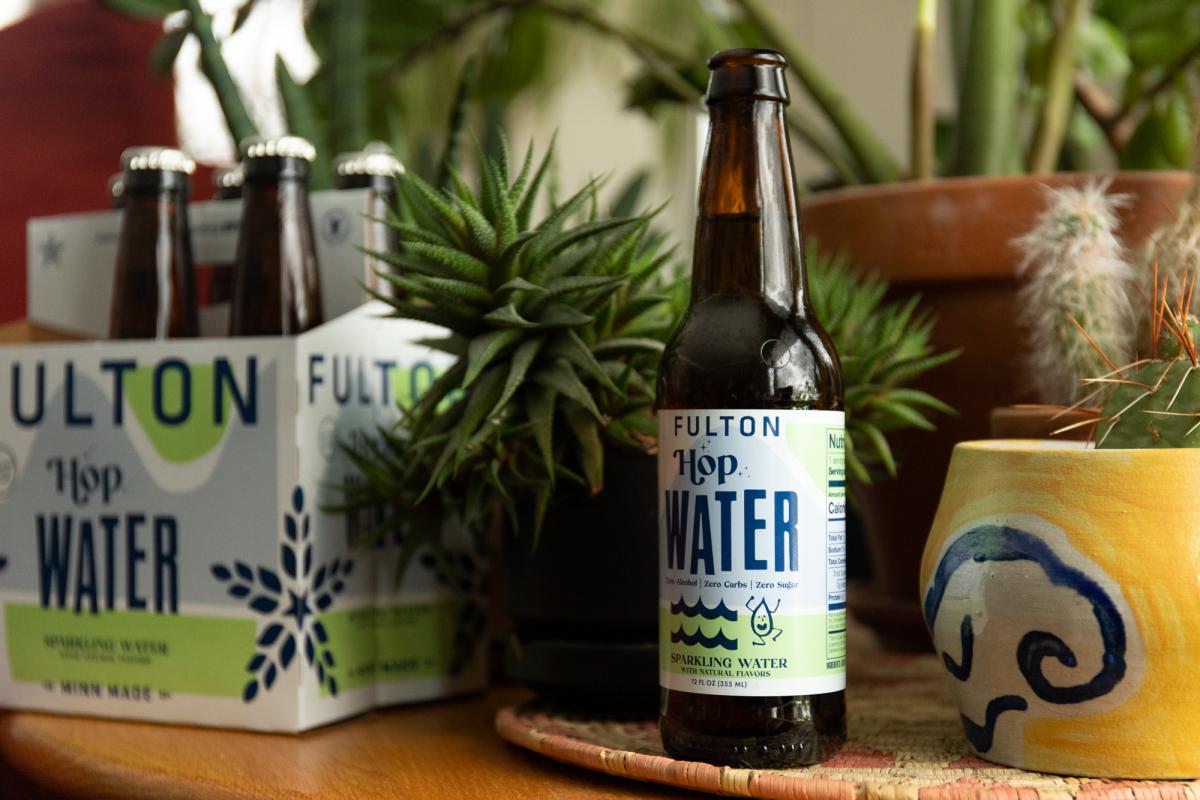 ALL THE HOPS. NONE OF THE BUZZ.

Fulton Hop Water is available where you already purchase Fulton. If your favorite retailer doesn't carry it, ask for it! We also invite you to come pick up a 6pk at the Fulton Taproom with your next to-go order.