Picture yourself headed to a Twins game with your friends or family. Maybe you take the LRT into the North Loop and you find yourself with some time to kill. So, being the beer-loving person you are you pop on by the Fulton Taproom to soak up some pre-game suds. On your way out you say to yourself, "Geez, sure wish I could keep these Fultons flowing at the game". Well, faithful Fulton supporter, we're here to tell you that you can. The map below puts you on the path to keeping the Fulton flowing at Target Field.

Now you know, and knowing is half the battle.

See you at the game! 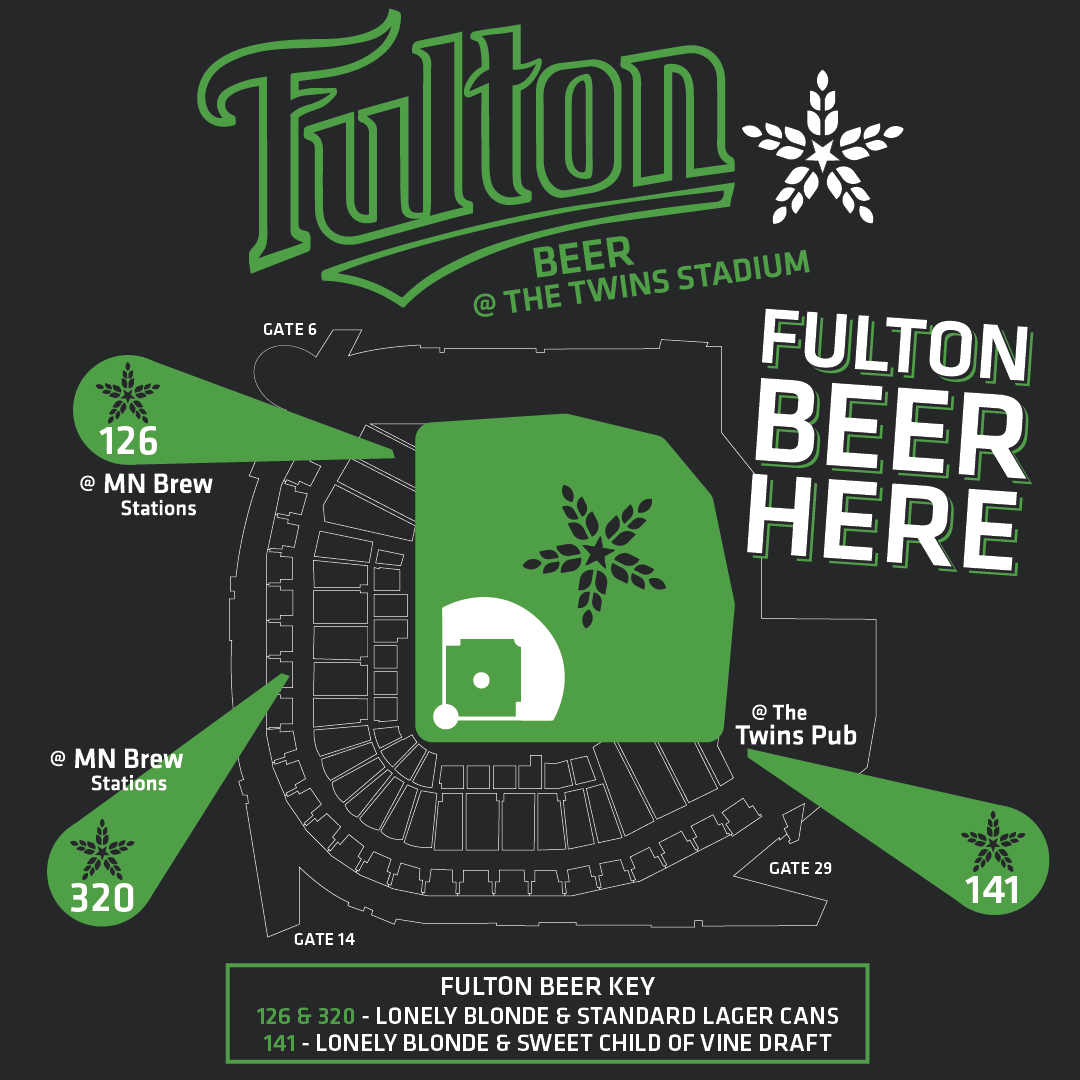 STRETCH OUT YOUR WEEKEND WITH FULTON
Posted Wednesday June 21, 2017

72 Stretch, our Gose-Style Ale is back. What's better than that? We've made our most summery beer a bit more mobile by putting it in tallboys. Now you can take some with on whatever adventure you're planning. This weekend we're headed South and North on adventures of our own and taking 72 Stretch with us. 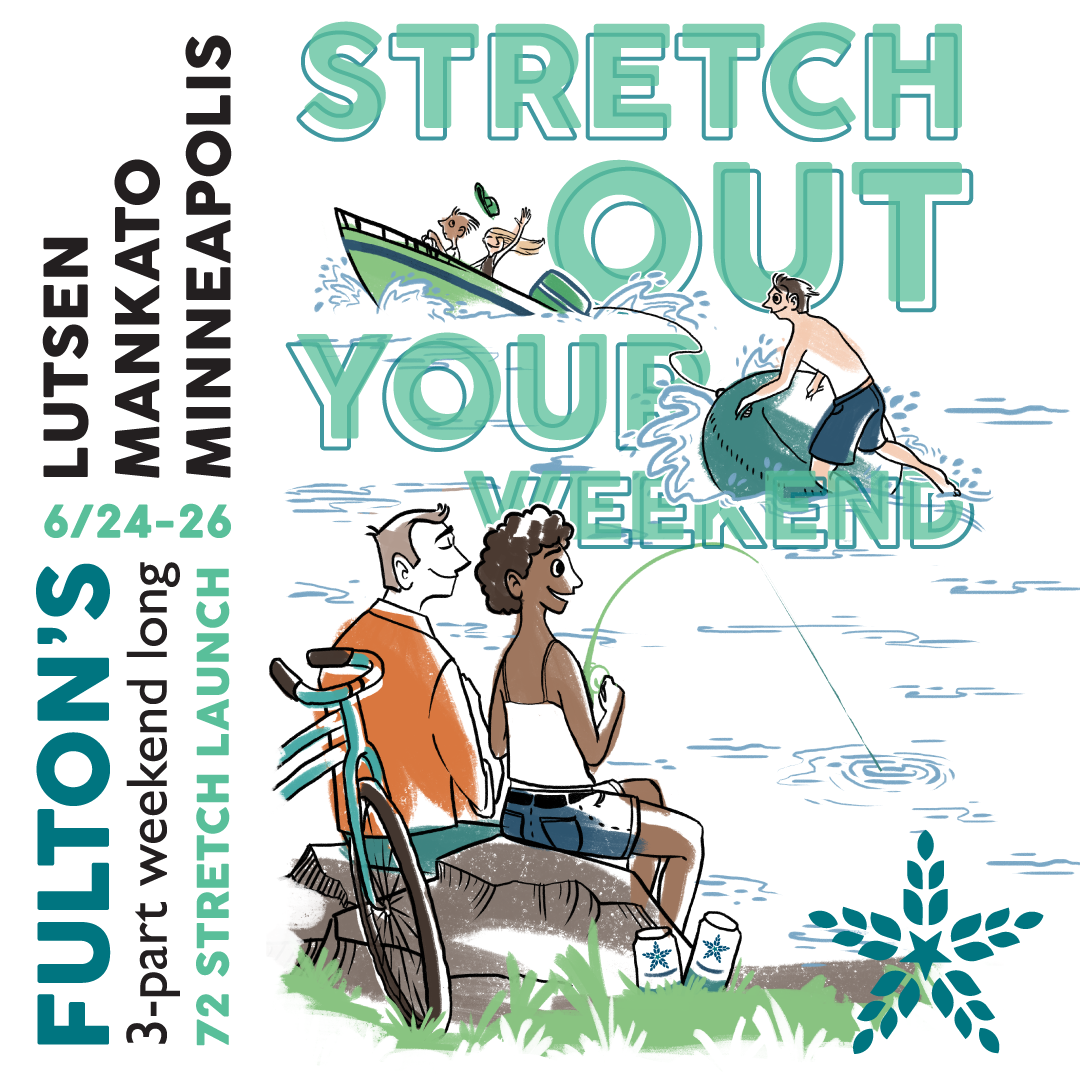 On the North Shore? Swing up to Lutsen Mountains from 4-8. We'll be pouring samples of 72 Stretch, Hopstar, Pils, and other Fultons at our tent outside of Papa Charlies as part of the Lutsen 99er kickoff party.

We're at Mankato's Solstice Outdoor Music Festival both days serving up Sweet Child of Vine, Lonely Blonde and 72 Stretch. Maybe on Saturday you're jumping on a tube and floating in the Mankato Monster Float? If so, catch us that morning sampling 72 Stretch around 11.

A year ago we worked with our good friends at FMR, Rahr, and Bob Mitchell's Fly Shop to release 72 Stretch as a taproom-only beer. We chose the name as an nod to the 72 mile stretch that constitutes the Mississippi River National Park. This year BMFS put together one of the more enjoyable (and ambitious!) fishing contests we've seen and we're happy to host their award ceremony in the Fulton Taproom. Not big on fishing? Not a problem. We'll be releasing 72 Stretch for the first time in the cities back in the taproom where it debuted in 2016. 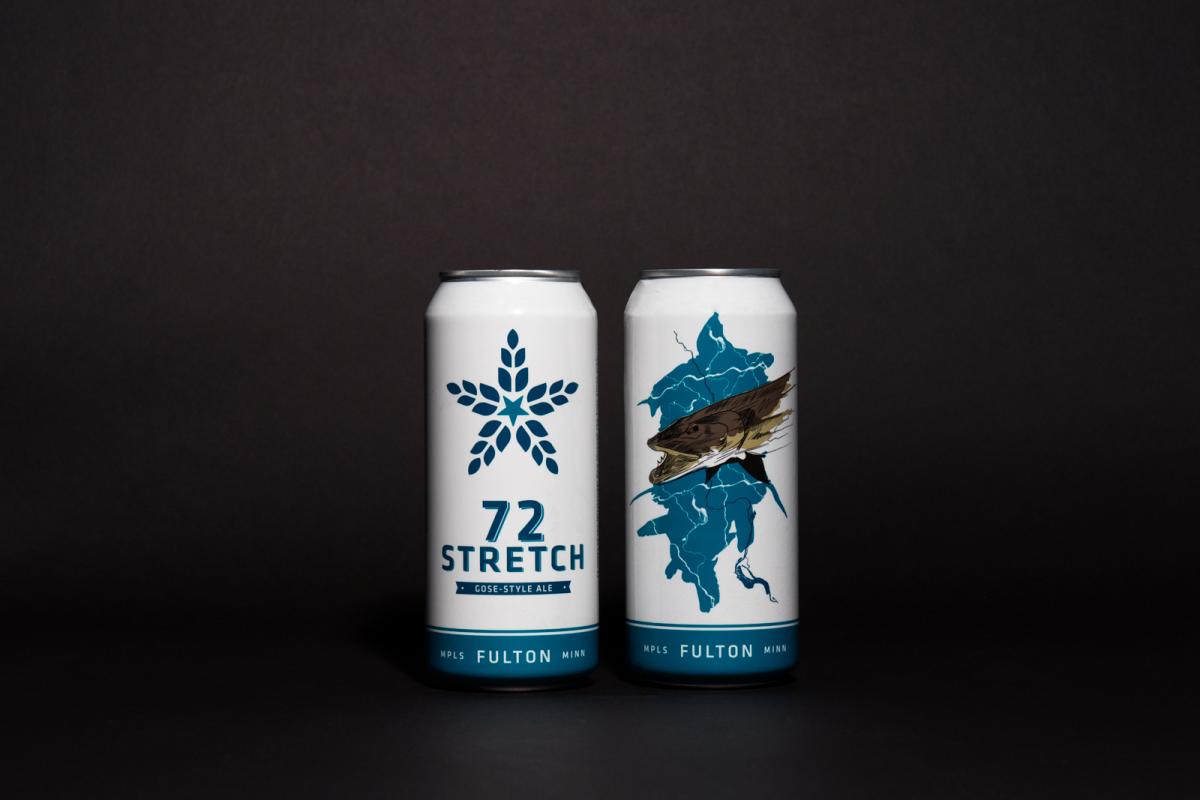 We work with, and support, 100's of organizations each year. And while we do our best to "spread the love", there are a few categories of interest we think are vital to our local community (we tend to try extra hard in these categories). One of these groups that impacts us in ways we sometimes take for granted is the Arts & Creative community here in MPLS. Besides the jobs created and billions of dollars pumped into our local community, there's a public art component that brings perspective, entertainment and inspiration to our lives. In our opinion, one of the best ways to get out, see, do and engage in this realm is Northern Spark. Which, we have proudly supported 3 years strong now.
We hope to see you out and about Saturday night! If all that art interaction gets you thirsty, stop by our (new) beer garden at the corner of Portland Ave and 4th 9-12pm in the Commons Park. 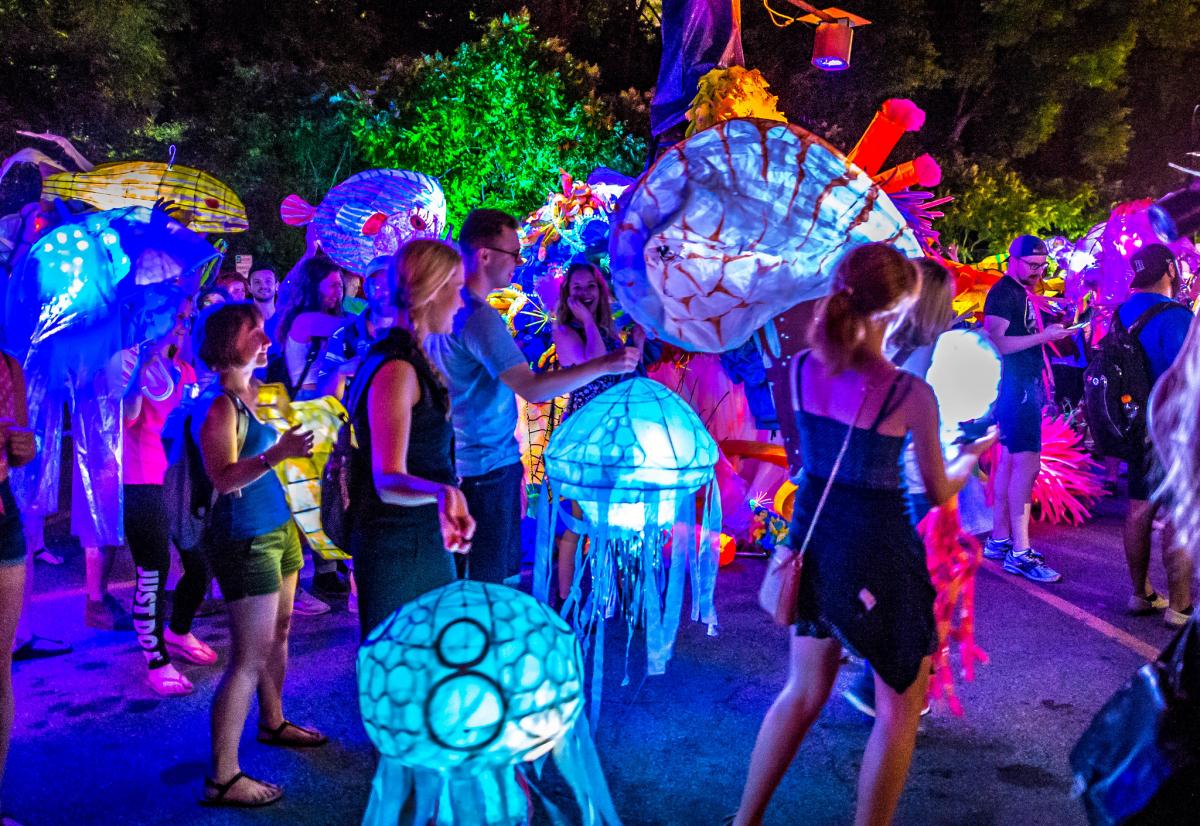 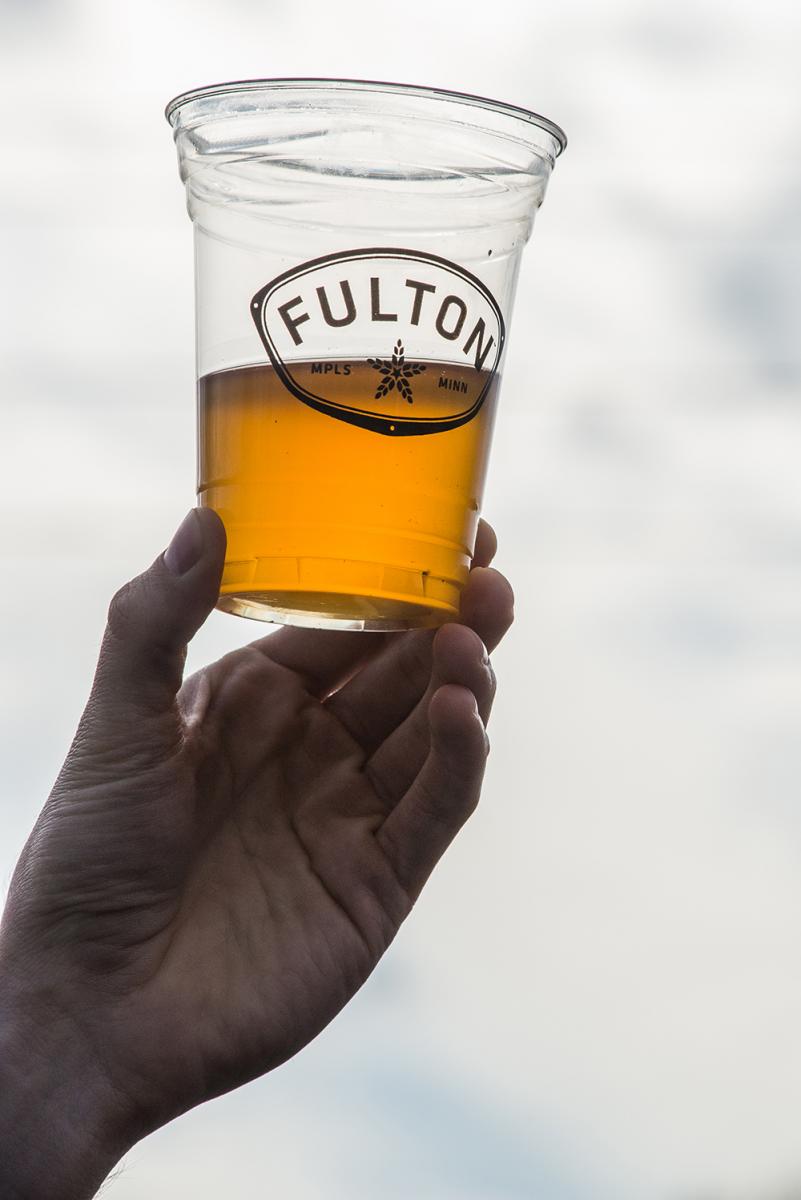 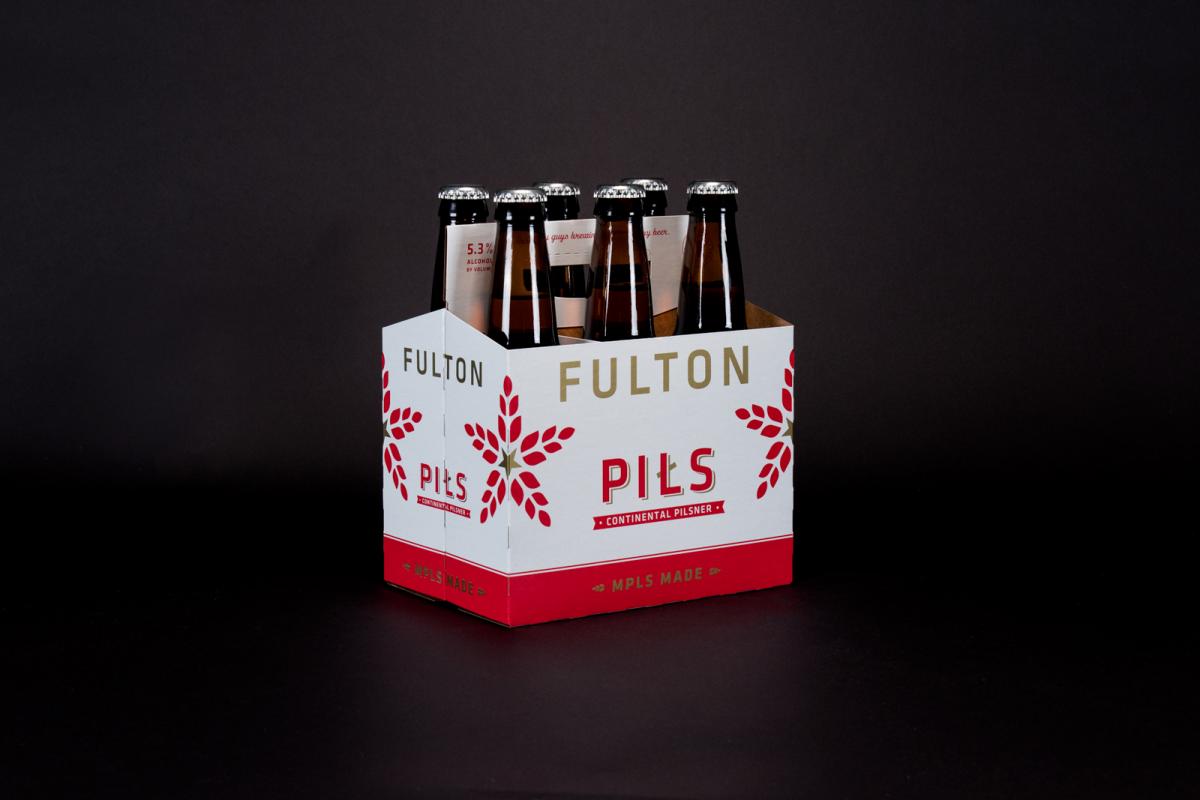 This week we are releasing an all-new Continental Pilsner, simply titled “PILS.” PILS will be available year-round on draft and in six packs of 12 oz bottles. Why a Pilsner? Simply put, most of us at the brewery love this style of beer. It’s usually the first beer we seek out when we visit a new town or another brewery. Whenever the ageless “desert island beer” conversation comes up, one Pilsner or another gets an impassioned debate. The only problem was, Fulton had never brewed a Pils. So, we set out to make a great one. Ours is built on a base of Minnesota-malted Rahr Pilsner. It features a smooth, well-rounded bitterness provided by German Perle, and a pleasantly floral aroma provided by the style’s hallmark Saaz hops. Pilsner yeast punctuates the beer with a beautifully clean finish. At 5.3% ABV and 30 IBU, this is a beer that leaves your senses wanting for nothing – except another.

It’s always exciting to add a new beer to our repertoire. In the 10 years since we started homebrewing in a one car South Minneapolis garage, we have come to appreciate and enjoy nearly every style of beer. To us, a large part of what drew us to homebrewing was the ability to create any beer, with our imaginations being pretty much the only limitation. As the number of styles and substyles of beer continues to grow and evolve, and the quality and diversity of ingredients available to brew with grows as well, the permutations and combinations of recipe possibilities approaches infinity—or at least a number way higher than we can count. But as a production brewery, the unfortunate reality is that there is a finite number of tap handles and shelf spots in the world; we can’t brew every beer we want, all the time.

So begins the long process of narrowing down the world of endless choice to perhaps a couple dozen beers that will appear in our lineup over the period of a year. Many are small releases of only a few hundred cases and a few dozen kegs. Some are draft only, and some never even make it out of our taproom. A handful make it into our year-round lineup. If you’ve ever drank a Fulton, you’d had one of these. For the first five years of Fulton’s existence, we had only two Core beers – Lonely Blonde and Sweet Child of Vine. We were unusual in that way; most breweries have four or five year-round beers the first day they open for business. We chose to do fewer because we believed investing our efforts in perfecting just a couple beers rather than a half dozen or more made long term sense, in terms of quality of beer and of building brand recognition. Meanwhile we quenched our fans’—and our own—thirst for variety by releasing a growing number of seasonals. First came Worthy Adversary, then Libertine. Later on, it was Expat, Randonneur, and many many more. In 2014, after years of it being a taproom favorite, we added The Ringer to our year-round lineup. Last year, we increased our Core lineup to 5 beers, with the addition of 300 IPA and Standard Lager. In total, we brewed about 25 beers in 2016, with 16 of those making it out in both draft and package formats.

So we have finally have a full calendar of year-round and seasonal beers, and it took just seven years to build. What to do now? Tear it up, of course! Well, not entirely…but substantially. In the name of creative destruction, we’ve re-worked much of our lineup this year. We’re introducing some all-new beers, making some familiar favorites into taproom exclusives, and even retiring a few.

The biggest change: to make room for PILS, The Ringer is moving out of our year-round lineup. Ringer loyalists need not fear, as it will continue to be available in the taproom on a regular basis. And the last of the bottles are still on shelves of some stores, so you may still be able to pick up a sixer for a short time.

There have been even more changes in the seasonal camp. Last month we released a brand-new NE-style Session IPA, "Hopstar." It’s been in such a high demand that it’s gone from our warehouse already, so if you see it on shelves, grab it while you can, because we are out except for a few kegs that our taproom will continue to pour. Meanwhile, in the “addition by subtraction” column, we have drawn back on our saison lineup. You may have noticed Randonneur didn’t appear in bottles this year. We have dialed that back to a taproom-only release, which is pouring now. Our other two saisons, Expat and Maitrise, have retired. Does that mean you’ll never taste them again? Not necessarily, but we don’t yet have a timetable for their return.

On the all-new side, 2017 will see 3 releases in our Culture Project series. Two, a golden ale aged in oak for two years on lacto, pedio, and brett, came out in April. Later this year, Tanager, our 100% Barrel-fermented Brett IPA makes its bottle debut, followed by another Culture Project release late in the year.

Enough change yet? Almost, but not quite. In addition to our just-released collaboration with the Star Tribune, Extra! Extra!, we have a couple more collaborations in the works that we can’t talk about just yet. And we’ll have more all-new taproom-exclusive releases dropping occasionally throughout the year.

That gets us back to where we started—brewing what we want, when we want. At any given moment, we generally have 20-24 beers available in the taproom. The lineup changes on an almost weekly basis. Keep an eye on the taproom page of our website; we keep the taps listed there as fresh as the beer. Of course you can always find our perennial favorites on tap, and every limited release visits the taproom as well. Drop by for a beer sometime soo, and meanwhile, pick up a six pack of Pils next time you’re in the liquor store – it just might become your desert island beer. 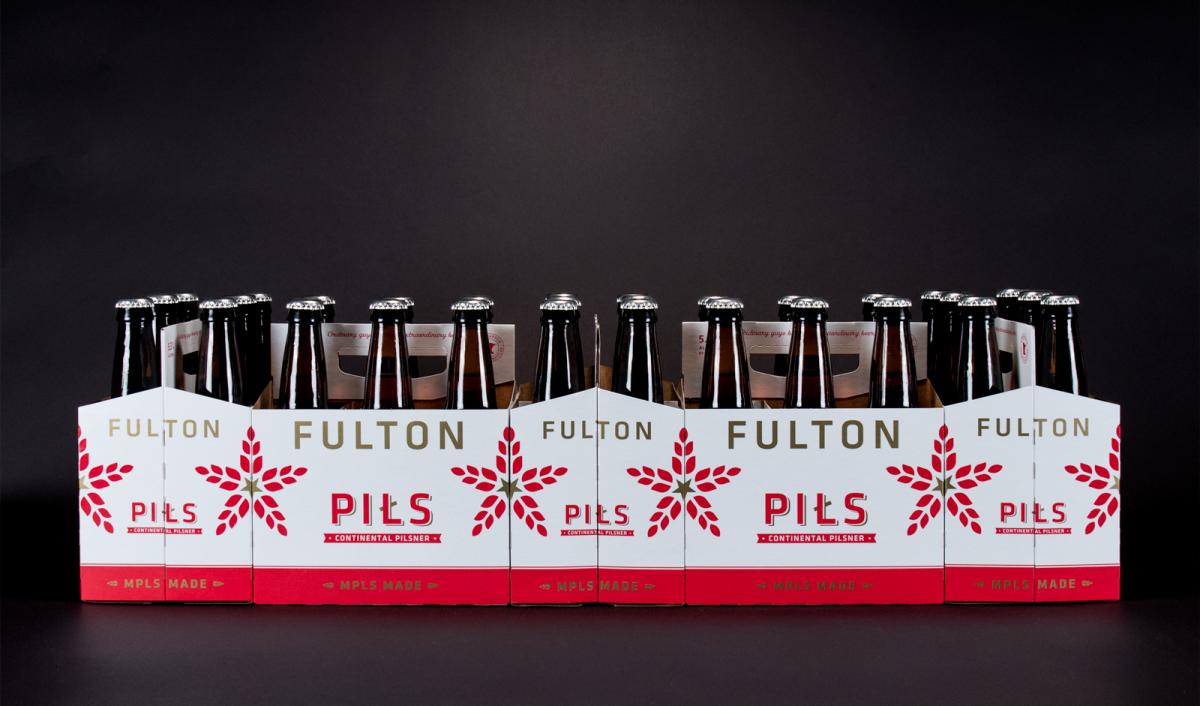