It’s been a remarkable year at Fulton, a year of firsts. In our sixth year in business, we finally weren't planning or building a new brewery--for the first time in our history! With the new brewery up & running, we were able to focus on all sorts of firsts on the beer front. We got to put Lonely Blonde and Sweet Child of Vine in cans, and seasonals like Expat and Randonneur in bottles – not to mention Garage Series favorites like Insurrection and 300.

New collaborations went down this year too: Horatio, our first (but not last!) collaboration with Fair State was voted best of the fest at In Cahoots. We went downstream to New Orleans to brew Messipi, our collab with NOLA Brewing. Back closer to home, we hooked up with our North Loop neighbors at Bachelor Farmer to brew Lodestar, an ongoing collaborative effort that can be tasted in our taproom or at BF any time. And of course, there was HefeWheaties. Did that even really happen? Yes...yes it did. And it was certainly the first time anyone ever collaborated with Wheaties to make a beer.

Our barrel-aging program saw several firsts too: we released Barrel-Aged Maitrise and Expat for the first time, and we’re currently aging Patience and Worthy Adversary (in Cognac and Port barrels, respectively) for the first time as well. And the barreled version of Messipi became the first beer we've ever fermented with brettanomyces. If you're into that sort of thing, keep your ear to the ground for more news in the not-too-distant future…

Our thirsty neighbors in Wisconsin, Iowa, and South Dakota finally got a taste of Fulton at home as we added distribution in their states this year. In other out-of-state news, we travelled to Colorado and entered our beers in the Great American Beer Fest for the first time, and won our first medal – a Bronze for Lonely Blonde.

Speaking of festivals and parties, we had some monstrous ones this year. The Fulton Gran Fondo drew over 1,200 bike riders and even more fans to the block party. We were fortunate enough to become the craft beer sponsor for Soundset, the official beer of the Holidazzle, the host of Artcrank, and a partner of Northern Spark. And our Ful10 Fund was able to partner with more local non-profits than ever this year, including the Randy Shaver Fund, Operation Warm, and many, many more.

George Costanza once said, “You know, if you take everything I’ve accomplished in my entire life and condense it down into one day…it looks decent!” We feel the same way about our past year. When you condense it down, it looks decent. Far better than decent, though, is the absolutely wonderful community of people that collectively bring all of this beer and fun into existence every day. Our top-notch employees, dedicated suppliers, committed customers, and loyal drinkers are what makes the world of Fulton a possibility.

We’ll be getting together with a few of our best friends and favorite beers tonight to celebrate the year that was and toast to the year to come. We hope you get to do the same, and as the clock strikes midnight, know that we’ll be raising our glass to you. Cheers and see you in 2016 – we’ve got an even bigger and better year planned and can't wait to tell you all about it.

Seems like only yesterday we were excited to put Worthy Adversary in 12oz bottles for the first time. Well, it's that time of year again and the beer in the black pajamas is hitting shelves for the 2nd time. We've also got an extra special release coming soon, too, with Barrel Aged Maitrise (aged in Sauvignon Blanc barrels). With regards to product releases, it should be mentioned that we've updated our online shop with all sorts of seasonally appropriate goodies for you and yours.

Oh, and for the good folks of Des Moines, IA we're happy to announce that Fulton is now available in your fair city. 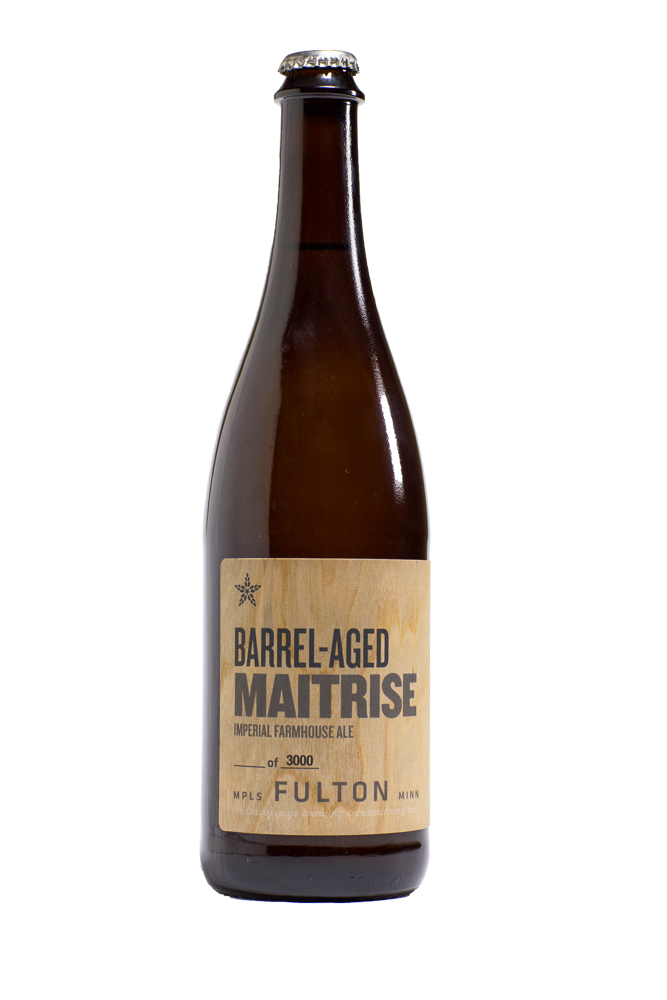 Also worth mentioning is our upcoming Craft Collective night at Nomad World Pub. This month we bring together our friends at Bittercube, Red Table and Lone Grazer for December's theme of "Festivus". It is sure to be a wicked night of festivities, fun, friends and food. For the thirsty folks in the audience, special selections from Fulton and Bittercube will offer much relief. 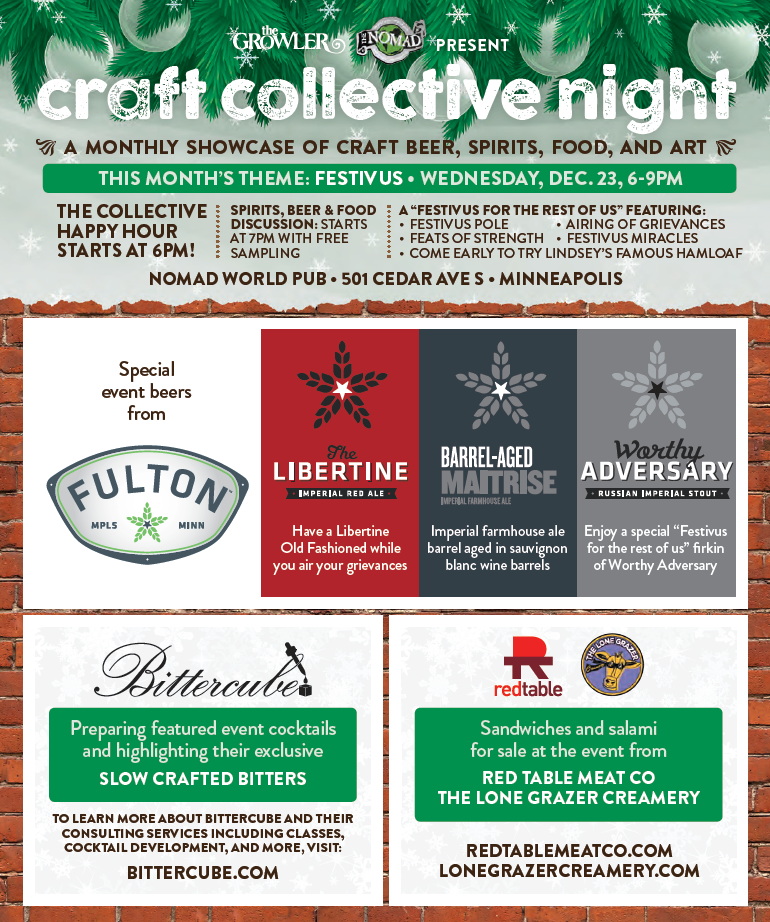 The beer in the black pajamas is back
Posted Tuesday December 8, 2015

The beer in the black pajamas is back! Once a year we release this intensely rich, dark beast of a beer just in time for the approaching cold. There's nothing lightweight about this Russian Imperial Stout, making it quite the Worthy Adversary indeed. 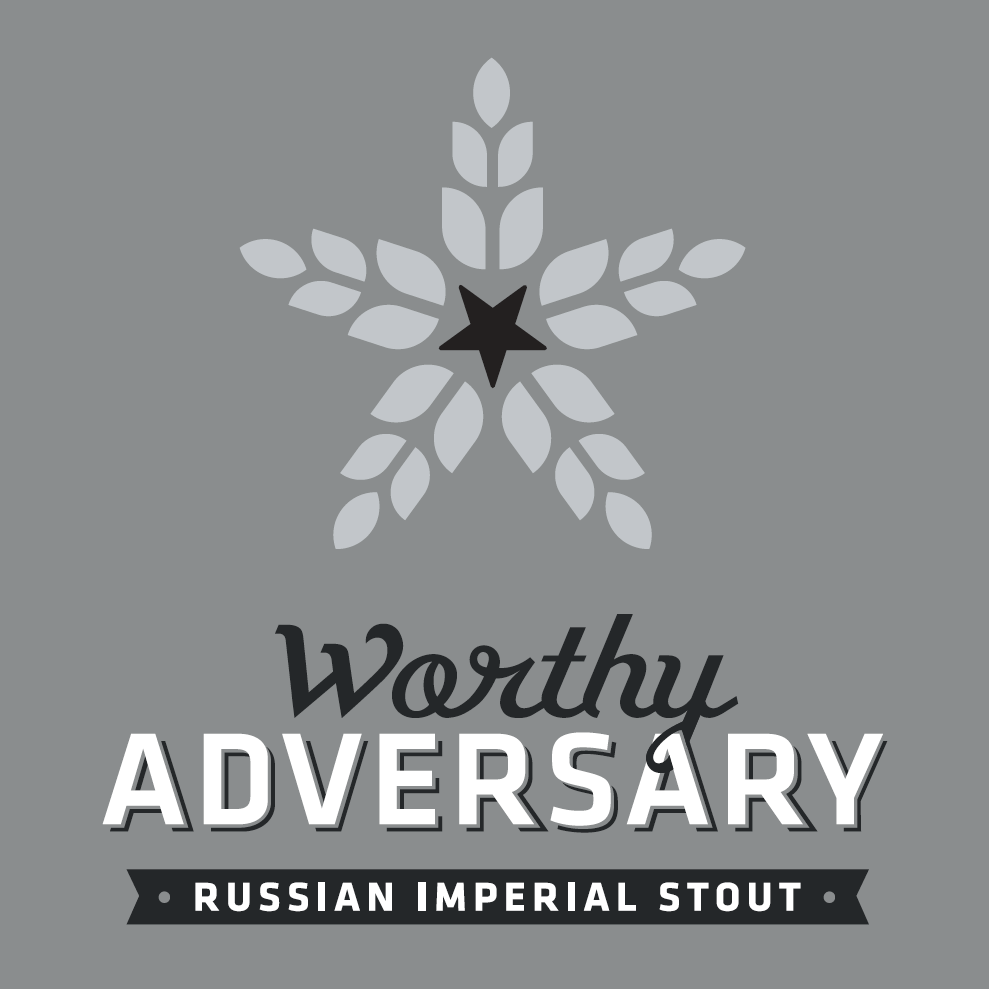 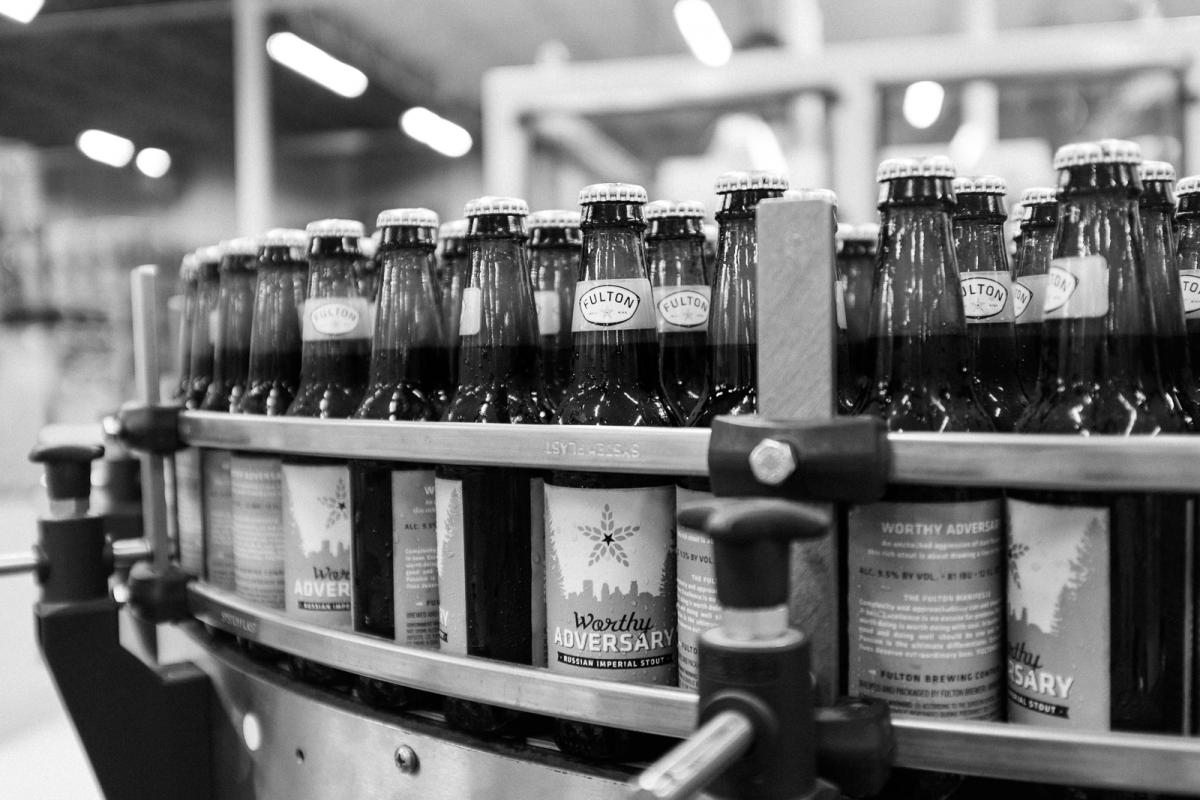