On October 28, 2009, the first ever pint of Sweet Child of Vine was poured at the Happy Gnome. The four of us were young, inexperienced, undercapitalized, and passionate as hell about bringing our garage brews to Minnesota’s nascent craft beer scene, and hopefully getting to quit our day jobs somewhere along the way. We didn’t know what we were doing, but we were determined to have fun figuring it out. Seven years, two breweries, and millions of pints later, we’re not quite as young, a little more experienced, and still undercapitalized – some things never change.

Another thing that hasn’t changed: We’re more passionate than ever about brewing world class beer in Minneapolis, on the front lines of an ongoing American craft beer revolution. The number of breweries in the US has tripled since 2009, and though it doesn’t always feel like it, Fulton has been around longer than 70% of them. Every month or so, another article pops up declaring this the “Golden Age of Beer." In many ways, it’s true: we get to count our beers amongst a selection that’s larger and better than ever before, and you could spend a lifetime trying them all. (Not a bad way to spend a lifetime, in our opinion).

On the other hand, the rapidly changing beer world we live in is a turbulent one. Small breweries and even homebrew stores are getting bought up by megabrewers and big money investment groups. Some of the most established and respected craft brewers in the country are seeing their founders and long-time employees head for the exits, while others are laying people off. And there’s still a lot of bad beer, plenty of just plain boring beer, and sadly a lot of old, out-of-date beer out there. Brewers, distributors, retailers, and drinkers are faced with the impossible task of keeping pace with a seemingly ever-increasing rate of change.

The turbulence and change is as real at Fulton as anywhere. Over the last seven years we’ve learned  at least our share of hard lessons. We’ve lost a few great employees and some family members along the way, but today the Fulton family numbers nearly 50 employees and a handful of investors who live and breathe and literally create Fulton every day. We got to quit our day jobs to work for Fulton, but the workdays are as long as ever. It’s often stressful and it’s never been easy. We’ve built business relationships and friendships with dozens of suppliers and thousands of customers and countless cool people from all walks. We’ve had more hangovers in a few years than most people do in a lifetime. Sometimes we laugh til we cry in meetings and other times the glycol chiller quit overnight and other times the bottling line wouldn’t even turn on. We’ve celebrated winning awards and we’ve wondered how we’ll make payroll by Friday and if we’ll ever know again what it feels like to not be in debt. We get to create beautiful things but we still have to do expense reports and trudge over mountains of email. Sometimes we get to go on road trips for beer festivals and sometimes we get to drink whiskey with the band. We always get to drink a beer at the end of the day if we want to. It’s exhilarating and exhausting. Seven years of life at Fulton has been seven lifetimes of living, and we’re just getting started.

The Libertine on The Horizon

Our annual release of one of our oldest and most loved beers is on the horizon. By early next week Libertine will be back. Look for it in 4pks of 12oz bottles and on draft at your favorite bars, restaurants and shops. 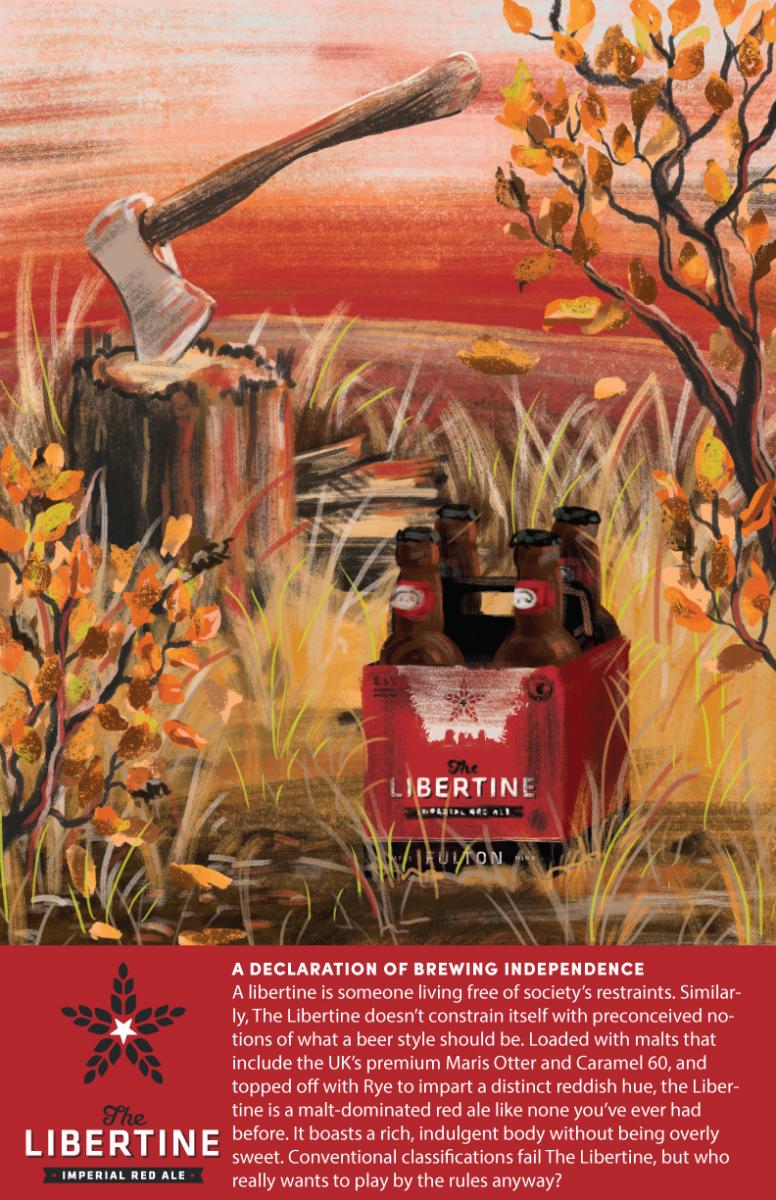 Cafe Alma at The Fulton Taproom

We are excited to announce the launch of a series of pop-up café’s in our taproom this month.
To kick off the series, on Friday, October 14th from 4:30–9:30pm, Matti Sprague, chef de cuisine, will serving small dishes from our soon to open Café menu. We'll have pairing suggestions to highlight Matti’s cafe offerings. On Saturday October 15th, between 5:00–9:30pm, Alma’s chef and owner Alex Roberts will join Matti in serving and most definitely will enjoy a beer with guests. This will be an opportunity to talk directly with the faces of Alma about what’s to come with the café, restaurant and hotel. 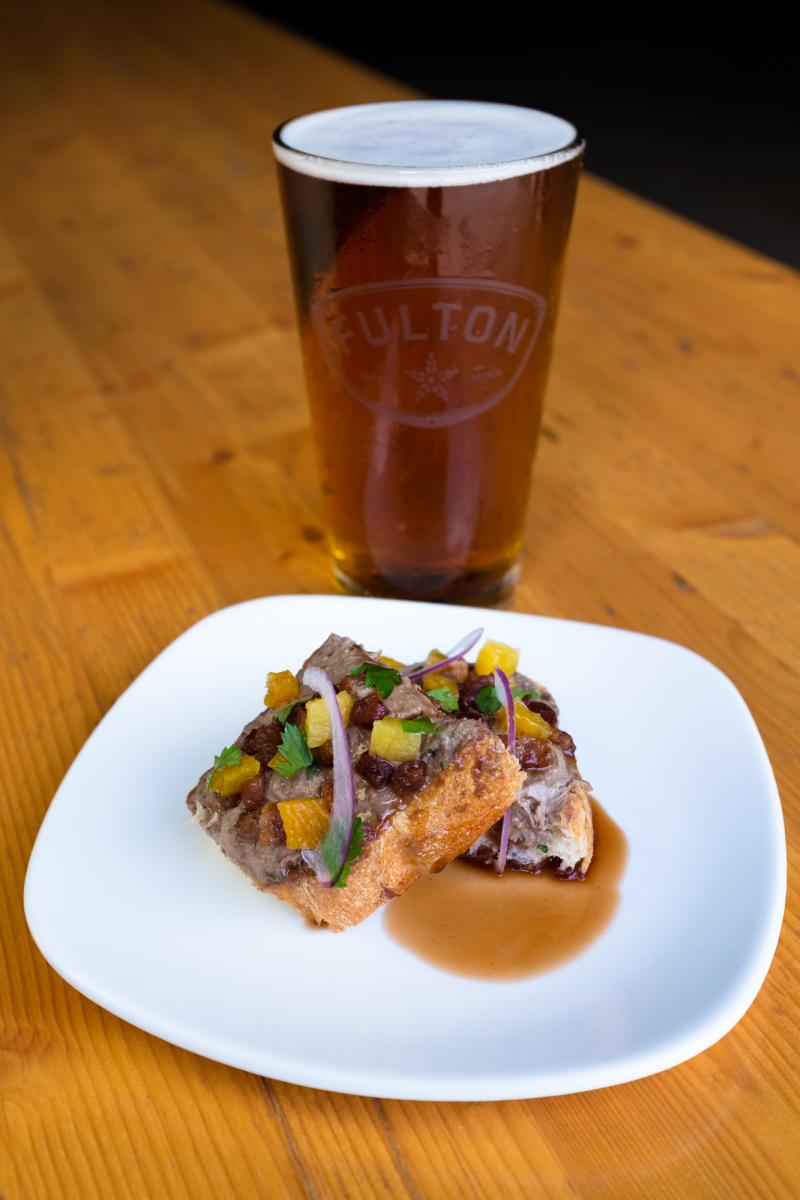 We're extremely proud to present our 3rd title sponsor cycling event of 2016: The Fulton Starcross held 11/5 & 11/6. Back-to-back days of cyclocross racing at Aquila Park hosted by All-City X Fulton Racing await you. Saturday's race is run under the lights (at night), providing a party atmosphere perfect for this year's new addition - the Fulton Beer beer garden built right into the course! Beer sales will run from 5:30 to 8:30pm on Saturday only. The race is free for spectators, so come out and enjoy a Fulton while cheering on the racers.

Register yourself on the USA Cycling page here. 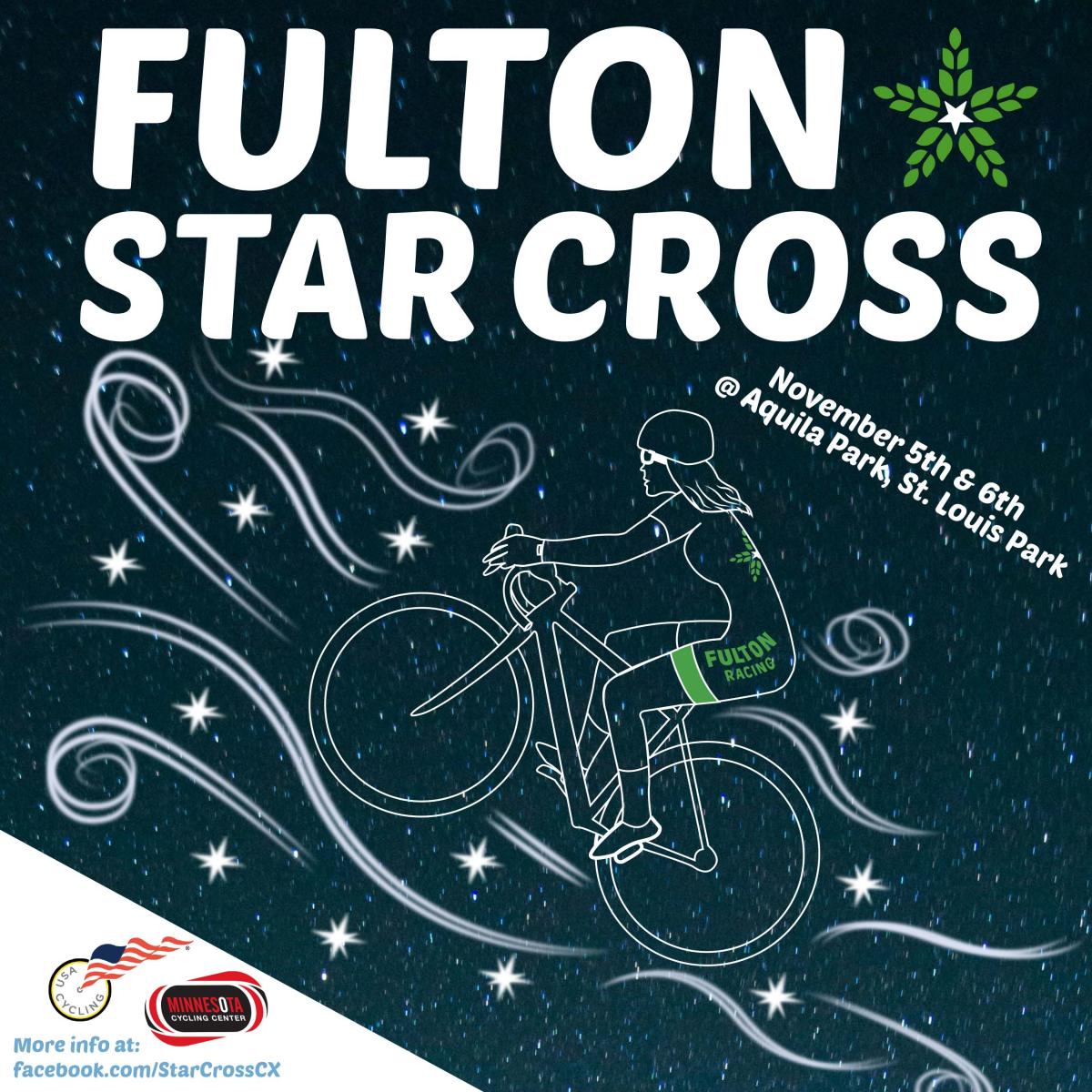 What happens when you bring some of Jiu-Jitsu's finest to Minneapolis for a day of seminars, superfights and craft beer? Well, we'll soon find out as this is a first! But, a good time will be had, we can assure you. Tickets for both seminar spots and for the day's superfights are limited, so act now and reseve your spot here.