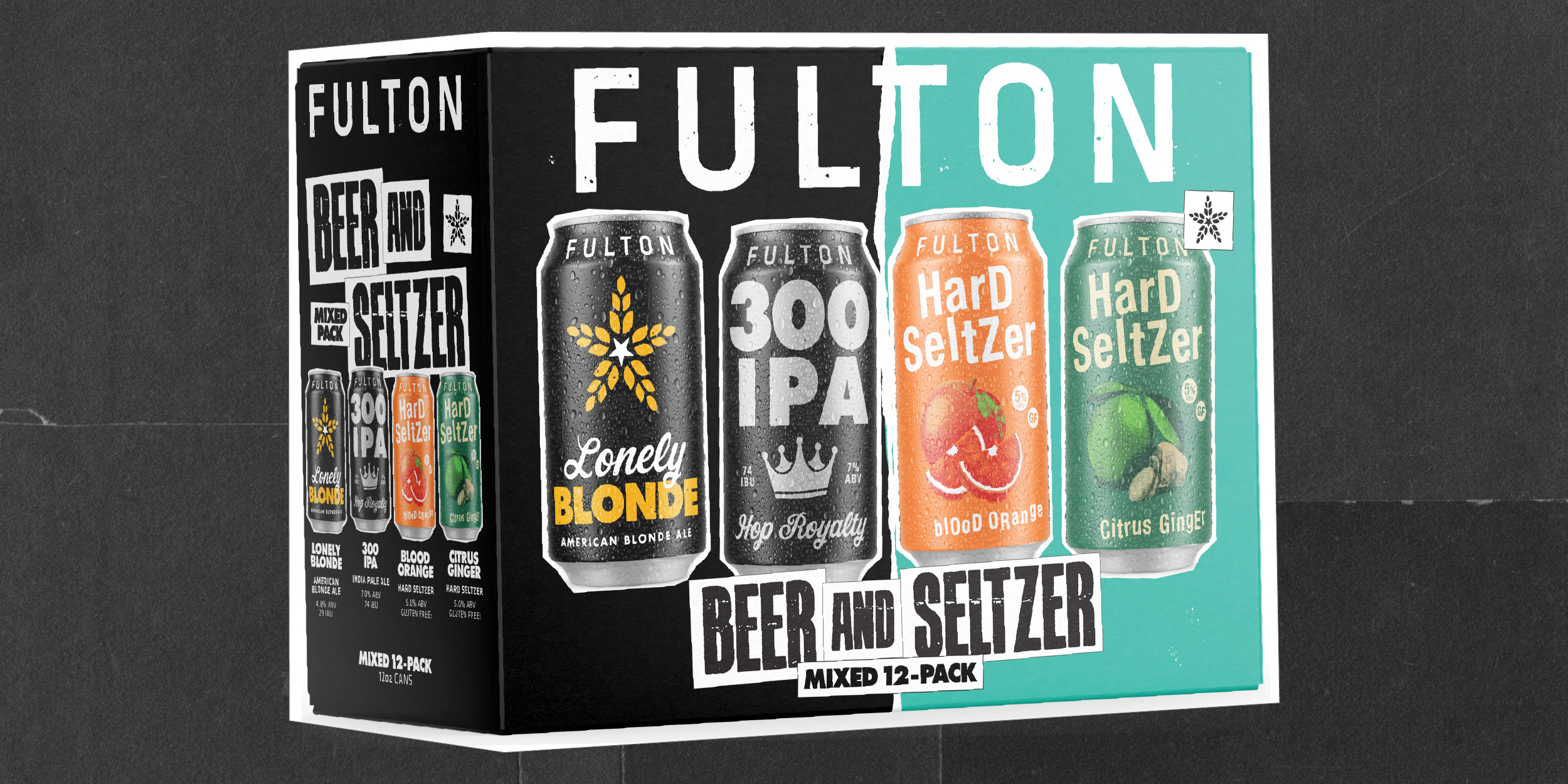 BEER AND SELTZER MIXED PACK. YEP, WE DID IT.

It’s Thanksgiving. You’ve been sent on a mission to buy beer and seltzer for the feast. You want to get a little of everything, but you only have two hands and your pocketbook is a little thinner these days. Your eyes become exhausted from all of the choices and you get that feeling of, am I cool enough to grab the right beer and seltzer? With beer choices like pumpkin with lactose on nitro? Performance beers? Candy beers? Kids cereal beers? You feel like you might be at the wrong store. The seltzer section is equally overwhelming. The colors feel like someone tripped with a cornucopia of fake fruit for the table's centerpiece.

Well, “It was the best of times, it was the worst of times”. Until now… No ruby slippers to click, just pick it up and go. Our NEW Fulton Beer and Seltzer Mixed Pack. Yep, there is an and in that sentence. This half beer, half seltzer 12 pack of cans is stocked with your Fulton party favorites. On the beer side, our flagship Lonely Blonde ale and our award winning 300 IPA. For the seltzer side, Citrus Ginger and our bestselling Blood Orange. Look for it in your favorite liquor store now! No more clean up in aisle three because you tried to carry too much to the register.